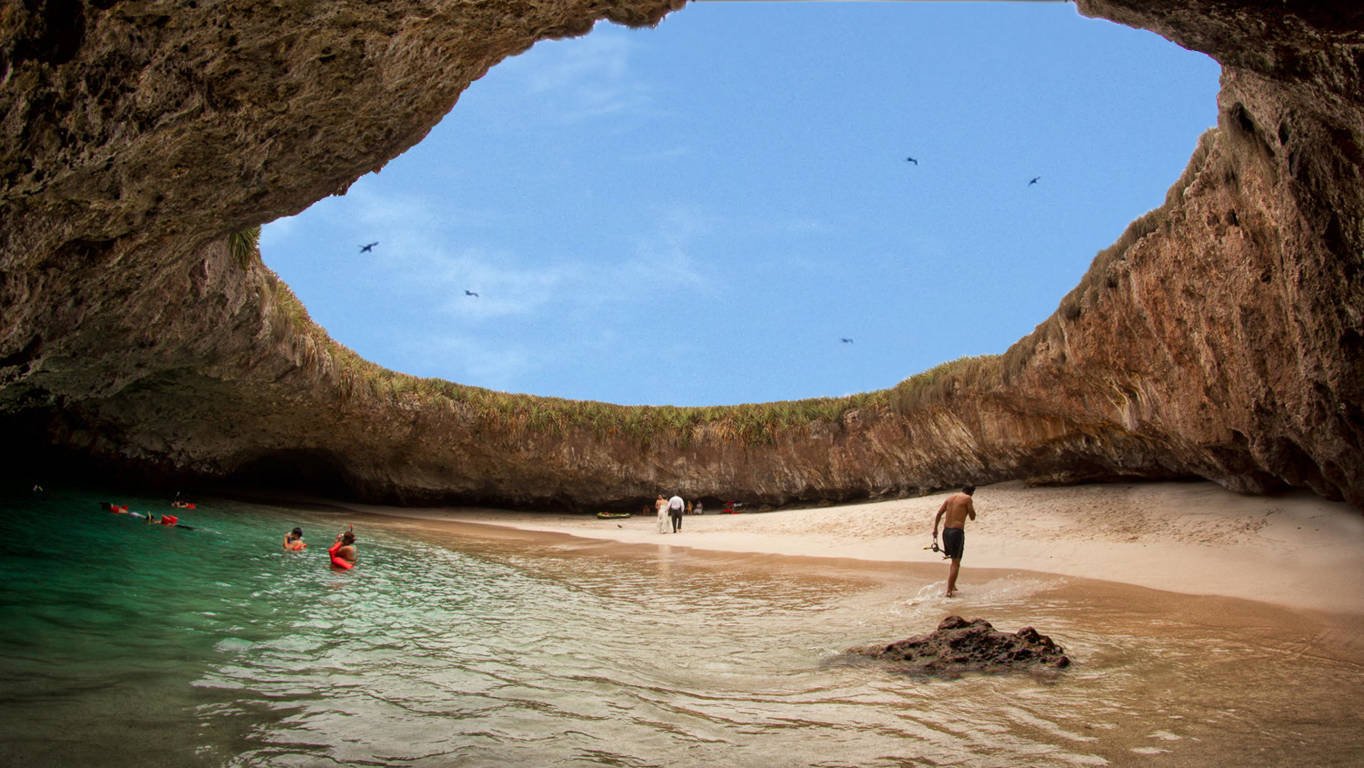 Hidden Beach or Lovers’ Beach, officially called as Playa del Amor is one appealing part of the Marietas Islands which are located in the west of Puerto Vallarta, Mexico, just around the Banderas Bay.

Underwater volcano flare-ups formed the Marietas Islands as a series of land formations, said Ventura Osorio, the guide who provides a tour to the hidden beach.

Unusual Past of the Hidden Beach

However, the Hidden Beach was formed even prior to the First World War. The Mexican Government used the site for target practice in the 1900s. The place was highly uninhabitable and was just the right location for target practice and to run the military tests. Controlled bombings formed many unique rock structures and caves.

This beach is not devastated and ruined at all after those follow-ups. Playa del Amor beach is a call with its astonishing and heavenly pleasing sensation and is not deserted at all. Visitors reach the beach through a short tunnel and they have to swim all the way ’til the tunnel opens up into the beach. Although, you must have a permit to walk around the hidden beach as Mexican Government conserves the Marietas Islands as their Natural Reserve.

Hidden Beach gained its reputation with the boosted recognition through the social media platforms. Not far later, it became the world’s most picturesque and striking bomb site. If not for the social media, the hidden beach would still be unknown. Also, as it is located underground, so you can only have an ariel view.

While being at the beach, visitors relish exceptional wildlife around the place. Along with a spectacular marine life which includes humpback whales, dolphins and manta rays.

Also, with the increasing awareness, the number of tourists at Puerto Vallarta is escalating tremendously.

Read Also-  Quick And Easy Vastu Tips For Bedroom That You Can Follow!

Harshita Sharma is a creative content writer and has worked for two websites in the past. She is a writer by day and a reader by night.