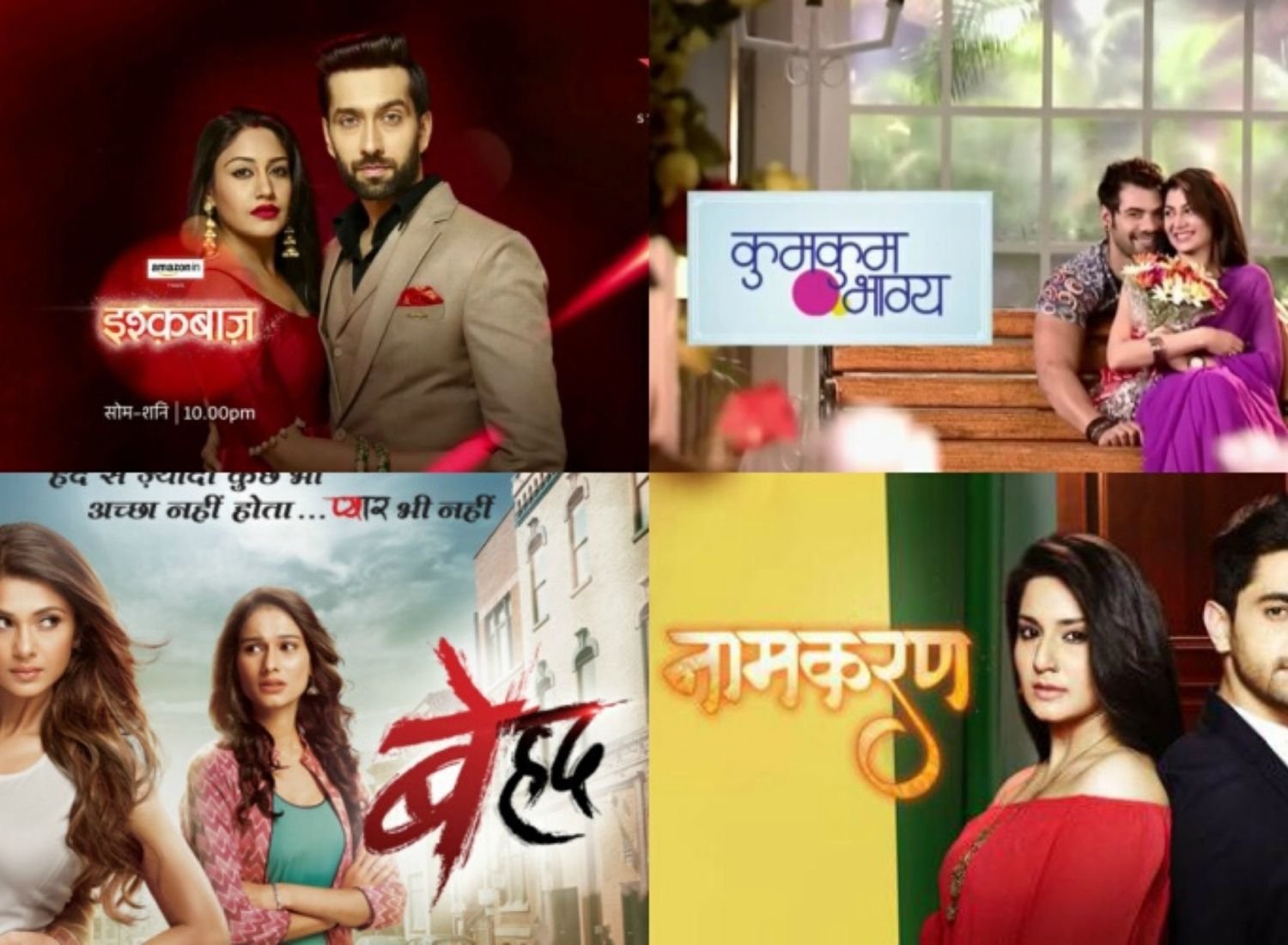 Television shows are a finding of the recent past, 20th century inventions. And they were started with the objective mostly to entertain the viewers, who would be resting in their home, after a long, hard day wanting some relaxation and fun. Thus, the shows made back then were mostly of a comedy or a dramedy genre. In gradual years, TV shows started to include crime, horror, or romance.

Since, by the late 1990s, the number of viewers worldwide had increased, and the makers of the shows and movies realized that the huge audience would have different tastes in their genre. Thus, there was a need to cater to the audience’s wants. But one thing which remained common was the roles, which would be decided based on the mentality people had, and this has always been influenced by the gender roles, which the society assigns and the shows reflect them.

When did the gender stereotypes In Indian TV shows aggravate is debatable. But it had been present already that is for sure.

If we notice the Indian shows, why do women in particular shows have to be either just completely naive or completely wicked? Is it so hard to make them sophisticated and educated? How real urban women are actually are? Even if a show is depicting the city life, say Mumbai or Kolkata, it would either end up showing how the leading lady falls head over heels in love with a guy because of immense masculine aura or is a complete nightmare of a woman to handle, which is actually not the reality.

The city women are far more progressed and sharper than their portrayals in such shows, which not just demeans the female gender, but also reflects the mentality of the society, which shows such as Kasauti Zindagi Ke, Yeh Rishta Kya Kehlata Hai, among other, reflect.

The gender stereotypes do not end here, the shows also portray women to be falling in traps and being helpless, who would need a man constantly in their lives to save them from all the troubles. This again reflects that women are considered to be the weak gender and the dependent section of the society, who would need a man in “shining armour” to save them from constant threats, something which all the Disney princess stories reflected, be it the Cinderella, Beauty & the Beast, Sleeping Beauty and others. And why just the Disney stories, Indian serials such as Ishqbaaz and Yeh Mohabbatein, more or less portray the female character as a dependent.

The Cultured Woman is the Perfect Woman

If a lady is shown drinking, smoking or having quite an amount of guy friends, the particular gender stereotypes in Indian TV shows would portray her as someone of a loose character, who cannot be made the daughter-in-law of any house or is a wayward lady, and this is what the society would also believe. A good lady is someone who should be polite, submissive, traditional, and especially someone without the so-called ‘dirty habits’, such as smoking/drinking, etc. Then only can she be successful in being a perfect woman? Shows such as Kundali Bhagya, Diya Aur Baati Hum, depict the cultured women’s lifestyle, which is acceptable in society.

Then comes the necessity of women to be married and be mothers in these shows. Why would the objective of every woman be a marriage and reproduction? If not all, but major shows compel the thought in the general mass that women are born to be married off and then give birth to continue the legacy of the family. No one even asks the lady what would she want to do in her life, as if, all of her life is pre-determined just when she was born as a girl.

And this too is reflected in our society, where it is completely fine for the man not to do the household chores and slog in his workspace, come back home for just dinner and care, and can be ambitious in life, but the woman has to give her heart and soul to the family and the chores, sacrificing her life and dreams in the process. These have been the major gender stereotypes of depicting household chores that are meant only for women, which has been going on for long and accepted by the audience too, especially from shows such as Kyuki Saas Bhi Kabhi Bahu Thi, Kahaani Ghar Ghar Ki among others.

Portrayal & Recognition According to Beauty Standards

Gender stereotypes in Indian TV shows are not just limited to the roles played by the actors i.e. the portrayal but are on another level with recognition, i.e. the actual presence of men and women in television programs, whether they appear or not. Even if there is an actual presence of woman, the notion of an actress is defined in such a way that the woman playing the lead has to be fair and slim, because our society has always considered the fair and slim to be beautiful, while the dusky women are either given the roles of a cruel boss or a bold woman defying cultural stereotypes and is someone who should not be looked upon.

In a country like India, the skin tone decides the beauty standards of a woman. And this too is reflected in the daily soap operas. There have been very few actresses who have actually defied the standards set, and bagged roles in lead acting, thus, bringing minute changes in the TV shows, such as Mouni Roy in Naagin, Hina Khan in Yeh Rishta Kya Kehlata Hai, Sakshi Tanwar in Bade Ache Lagte Hai, among the rest few. Yet, for a country like ours, there’s a long way to go before the stereotypical approach is moderated.

Impact of these shows on Children/Young Adults

According to various psychoanalysts, there is a relationship between the media children watch and the thoughts they develop, which increases the problem of gender disparity. Movies and TV shows promote the idea that being male is more valuable than being female.

Boys learn early on to embody masculine traits and behavior. Girls are taught that their bodies exist to be objectified, sexualized and consumed by others, which can be reflected from the number of item songs made, having a lead actress scantily dressed, surrounded by groups of men, dancing and seducing them. This normalized the cult of harassment to some extent.

Young adults, who are heavy media users are more likely to believe that women are partially responsible for their own sexual assaults. Shows and movies which children watch reinforce stereotypical gender roles, starting from the daily behavior to career choices to unrealistic expectations about sexual and romantic relationships. The youth of color are the ones particularly affected and vulnerable to gender typing in media.

Role of the LGBTQ Community in Indian TV Shows

Even the concept of transgender or other homo-sexual roles is looked down upon by the Indian TV shows, as they fail to fall under the conventional gender roles. Although there have been a number of actors and models who have gradually started to normalize these roles, for instance, Nitasha Biswas, winner of the first-ever Trans-queen pageant, Mona V Campbell, India’s only plus-sized model who walked in the Lakme Fashion Week, 2017 among others.

Even one of the Netflix series, the Sacred Games, which has Saif Ali Khan and Nawazuddin Siddiqui in lead, included the role of a trans-woman played by a cis female actor Kubra Sait, who was shown as the love interest of Nawazuddin in the show.

There have been quite a few shows and movies that have tried to shift from the stereotypical roles to more real and diverse ones, which would address the issues of transphobia or homophobia. But the mainstream media is still under the clutches of conventional ideas and roles. A trans-woman might be given a role to play but that of a “normal” woman.

Also, with regard to the beauty standards which have been already set, it requires moderation in their approach. There is indeed change in the shows little by little, but there is still a long way to go when TV shows and movies can completely discard the gender stereotypes, and influence the viewers in a more compassionate direction, guided by common sense.

A cup of coffee has become a staple in most people’s lives. The product would not go missing from their monthly budget for groceries....
Read more

One of the most significant factors that can be an indicator of overall health is your diet. What foods do you consume regularly and...
Read more
Previous article
6 Popular Backyard Games For Kids
Next article
5 Tips To Deal With Hair Fall During Monsoons

Brilliant Techniques For A Flawless Base Makeup!

All The Magic Lies In The Nose