Snakes And Ladders: Understand Karma Through A Board Game, Easily! 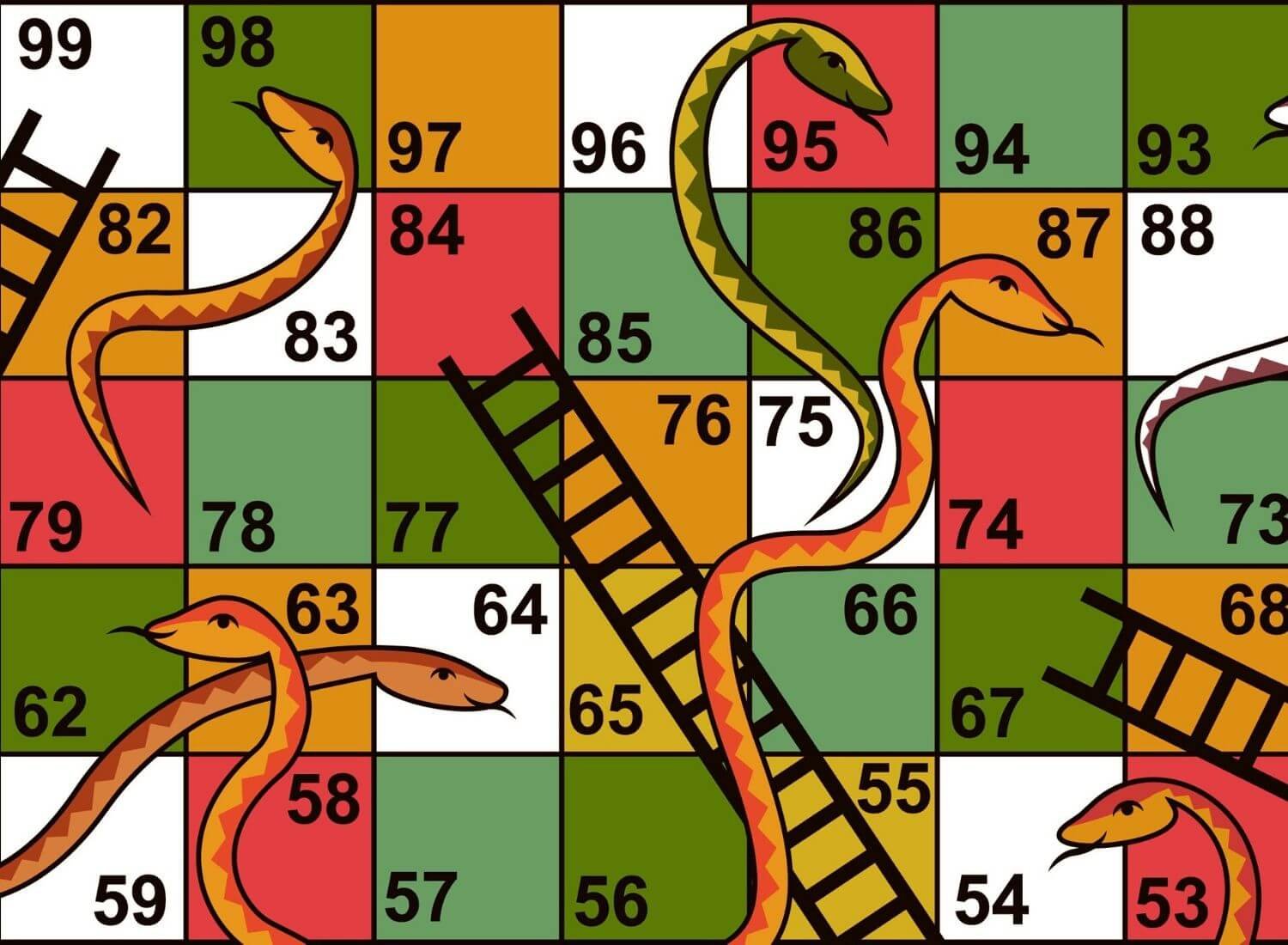 The Rules Of Snakes And Ladders

Two or more people can play the Snakes and Ladders game on a game board consisting of numbers and grid squares. Then there is a number on ‘Snakes and Ladders’ which are pictured on the board, each Snake and Ladder connects to two specific board squares.

Leisurely yet fun to play, that dice decide who will win or lose, who will get to climb the ladder and who will go straight into the snake’s mouth. None of us can forget those afternoon of summer vacations which were spent playing this game. Fighting and arguing with friends or siblings and rejoicing after winning with others, the memories of playing Snakes and Ladders still lingers in our mind.

But do you ever wonder who the mastermind behind this epic game was? Ever given a thought to why snakes and ladder existed in the game world? Well, here is the entire history of Snakes and Ladders.

Origin of Snakes and Ladders

The game has its roots in India. It has been called as Mokshapat or Moksha Patamu. It is not yet been confirmed who invented this, but some historians believe that Saint Gyandev invented the game in the 13th century AD.

Yes, you read it right; it is an Indian game which fascinated the British so much that they took it to England in 1892. In India, it was a dice board game which included Gyan Chauper and Pachisi (present-day Ludo and Parcheesi). Later on, it made its way to England where it was sold as Snakes and Ladders game. Today we play this game with dices, while in early days it was played by cowrie-shells.

Gyan Chauper/Jnan Chauper (game of wisdom) includes the concept of Karma and Moksha according to Jain Philosophy.

In India, the game was initially called as Moksha Patamu. It was aimed to teach young kids the basics of Hindu Veda. Doing good deeds will make one climb up in his life and evil deeds will stall all the progress and will make one fall down.

Initially, the game was engraved on a piece of cloth and was divided into many blocks. Each of these blocks symbolised an emotion. These blocks were also known as Houses.

Significance of ‘Snakes’ and ‘Ladders’ in the game

Snakes used to be the symbol of violence, which would lead you to Hell. The ladders were the symbol of education and knowledge. So, one was advised to gain learning and understanding, and not to go on the path of violence.

The original game included ladders on number 12, 51, 57, 76 and 78. The number 12 represented Faith, 51 was for reliability, 57 represented generosity, 76 signified knowledge, and 78 used to stand for asceticism.

In this race of being on the good or bad number, the one who reached on number 100 first, was considered to have attained Moksha. Moksha is the ultimate goal.

Unlike other games, ‘Snakes and Ladders’ is much more than just a game. It triggers the emotions of expectations and fear.

While with every ladder you except to climb up, there is always a fear of getting bitten by a snake and starting all over again. Pointing to the fact of temptations being present on the path of truth and struggle.

The game portrays our struggle of real life. It teaches us to climb up no matter how many snakes we get bitten by. And with every good deed, our Karma is ready to help us climb faster to our goal.

So next time when you roll the dice, keep all these things in mind. Then see whether you can reach the level of salvation or not!

Read also: Is Fan Fiction A Podium Of Opportunity?

8,275FansLike
2,100FollowersFollow
220FollowersFollow
Previous articleThis Six Pack Abs Diet Is Your Stepping Stone To be Fit.
Next articleWomen Take a Note – Say no to High Heels!