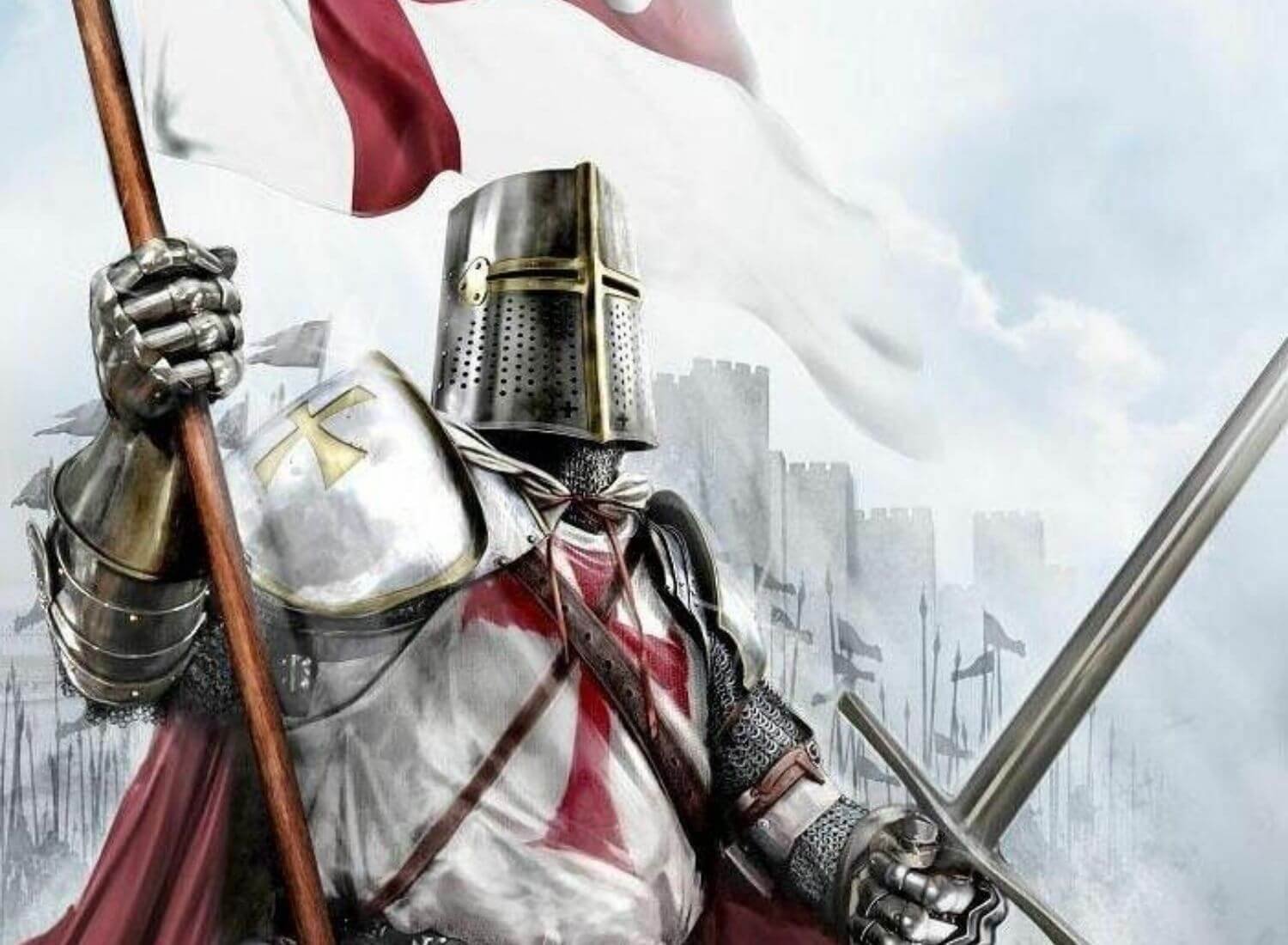 Knights Templar was a large organization of devoted Christians, 700 years back who carried out important missions: Protecting European travelers who visited the Holy Land sites and carried out military operations. Knights Templar was a wealthy, powerful, and mysterious order; their financial insights, military valor, and their work on behalf of Christianity are still circulating.

700 years ago, Many European kingdoms came together to defend the Christian faith and conquer Jerusalem from Muslim rule in 1099 during the Crusades. Many men from various social classes left their homes and families to respond to the Catholic churches’ request. They went on pilgrimage to the Holy Land, dreaming of knowing the lands over which they had heard incredible stories and preaching the masses. Some were looking for wealth and the opportunity to receive noble titles; some were already descendants of noble lineages; these belonged to the most devastating force on the medieval battlefields: The Cavalry.

A French Knight, named Hugues de Payens, around 1118, created a military order with his eight relatives and acquaintances. He named them Poor Fellow-Soldier of Christ and Temple of Solomon, later renamed the Knights Templar. They formed their headquarters on the city’s sacred Temple Mount, with the help of the ruler of Jerusalem, Baldwin Ⅱ. This provided to be the source of their pledge: to protect Christian visitors to Jerusalem.

Knights Templar grew rapidly in the number of members who wanted to fight in the name of the Christian faith. Knights Templar gained immense fame and prestige. On the battlefield, the Templars used chainmail protection, which covered them from feet to the head. They also used strong helmets and a wide heavy sword capable of inflicting damage even when it lost its cutting edge. The Templars were easily recognized in battle by their white robes adorned with red crosses.

In the beginning, many religious leaders disapproved of the Knights Templar. In 1128 they received an endorsement from the Catholic Chruch and support from a prominent French abbot, Bernard of Clairvaux, who created a text “In Praise of the New Knighthood,” supported the Knights Templar and improved their growth.

Pope Innocent Ⅱ, in 1139 provided a Papal Bull allowing Knights Templar to their Special Rights, freeing them from paying taxes. They were also permitted to build their own small chapels for worship and were under the Pope’s authority alone.

The Templars At Work

The Knights Templars had set up a network of banks that allowed the pilgrims to deposit assets in their home town and gain withdrawals in the Holy Land. The Templars were famous for their stern code of conduct (no pointy shoes, no kissing any women, be it their mother, sister, a widow, a young girl, or any other).

The Templars’ Rules were stringent and outlined a detailed code of conduct that controlled their daily life, clothes, meals, sleeping arrangements, and social restrictions. Their dress was styled with a white habit emblazoned with a simple red cross. They pledged to an oath of poverty, chastity, and obedience. Drinking, gambling, or swearing were forbidden. Praying was essential, and they were devoted to the Virgin Mary.

As the Templar’s status increased, their influence bought them a large fleet of ships and the ownership of the Mediterranean island of Cyprus. Also, it became the primary bank to lend institution to European monarchs and nobles.

They soon become the defenders of the Crusade states in the Holy Land, in addition to their original purpose of protecting the pilgrims. They were known as skilled, brave warriors and fierce fighters during the Crusades, who were driven by religious passion and were forbidden to retreat unless outnumbered. Templars built numerous castles. The fought and often won against the Islamic Armies.

The Fall Of The Knights

The Templars had to relocate several times in the late 12th century as the Muslim armies reclaimed Jerusalem, turning the Crusades the other way round. The last remaining crusaders in the Holy Land were impacted by the destruction of the Fall of Acre in 1291. The European support started to weaken in the Holy Land over the decades, this caused many religious and secular leaders to turn against the Templars.

The Knights Templar established its base in Paris in 1330, after losing its control in the Muslim world. But as the Knights denied the bound of additional loans, King Philip Ⅳ of France was determined to bring down the order.

Along with Grand Master Jacques de Molay, scores of French Templars were arrested on Friday, October 13, 1307. Most of the Knights were tortured into confessing false charges (like heresy, homosexuality, financial corruption, devil-worshiping, fraud, spitting on the cross, and more). De Molay was executed in 1314, and the Templars who confessed were burned at stake in Paris.

Pope Clement Ⅴ, because of the pressure from King Philip, dissolved the Knights Templar in 1312, and seized their property and monetary assets, and gave it to their rival order; The Knights Hospitallers. But many thought that most of the Templar’s wealth was seized and ravished by King Philip and King Edward Ⅱ.

The Catholic Church later realized that the Templar’s persecution was unjustified, and Pope Clement was forced under secular rules to destroy the order. Some people still believe that the order still operates underground, though, according to the historians, the Templars were completely disbanded 700 years ago.

In the 18th century, the Freemasons brought back the symbols, rituals, and traditions of the Templars. Several international organizations aim to uphold the original medieval order’s values and traditions, where the public can join, styled like the Knights Templar. Many stories have been told about them, and some have made their way to books and popular movies. There are many myths about the Knights Templar that haven’t been answered to this day.

Seekh Kebabs are cylindrical shaped mince meat roasted on Iron roads over fire or in ovens. These delicacies are very famous in South Asia....
Read more

Getting your kid to sleep may be one of the hardest things you have to go through every night. Nevertheless, you understand that getting...
Read more

Mukbang and ASMR eating has been the ongoing trend of this "new generation," which is usually on the phone screen, scrolling through social media...
Read more
Previous article
5 Essential Oils And Their Powerful Benefits
Next article
4 Super Easy Yoga Asanas For Boosting Immunity