Do You Know The Animals That Might Be Extinct Soon! 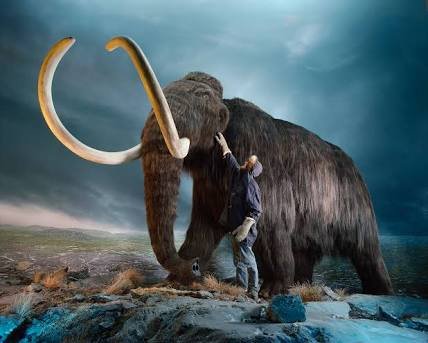 According to a survey, there are about 16,306 endangered species in the world. Death is a natural part of growth. Major death of animals on earth is the result of human activities.
There are many species which are unknown to us. They are on the line of extinction!
The list is as follows:
Saiga
The natural home of Saiga is Russia and Mongolia. Around 70 percent of the world’s Saiga killed in 2010. IUCN added them to the list of the endangered class. The reason behind their reduction is hunting. People kill them for their horns. Other reasons are – transferable diseases, climate change.
Philippines Eagle
The forest is their homeland. Without forests, they can not live. With the help of its powerful legs, it catches small animals from the trees. If counted by the length of its wings, Philippine Eagle is the biggest eagle in the world. It is the national bird of Philippines. The main reason for the death of this bird is deforestation. The government has made laws related to the safety of the bird.
Beluga Sturgeon
They are the oldest families of fishes. The number is few. Their natural habitat is Black Sea basins. People value them for its eggs. They have a long lifespan of over 100 years. Fishing and water-related activities are their enemy.
Polar Bear
Polar bears are sea animals. These cute looking bears have a waterproof coat. They are smart swimmers. They are on the red list of IUCN. Declining cause is – climate changes, increasing pollution, oil and gas growth and slow breeding.
Monarch Butterflies
This butterfly is found in North America. It moves from Canada to Florida and Mexico. The climate of Canada gives them more chances of living. The herbicide is the cause of their death. They are under protection. There are chances that its population might put back.
Iberian Lynx
Lynx is the world’s most harmed cat-like animal. It is mostly found in Spain. This animal is heavily spotted. This cat is on the line of death. A mixture of threats is – reducing food base, car hits, habitat loss and illegal hunting.
Hooded Vulture
It lives in South Africa. Vultures live in forests. They feed on the remains of dead animals and waste. Vultures are scavengers. They play the main role in the cleaning the living environment. Factors like poisoning, hunting, habitat loss reduced their numbers.
Pied Tamarin
Pied tamarin is a small species of monkey. They are found only in some areas of Brazil. To protect them from hunters and habitat loss (from deforestation), they are kept under supervision. It is replacing the pied tamarin from its natural habitat.
Shoebill
Lungfish is their main diet. They live on the heavy fens of Africa. As the name says, the bill of this bird is in the shape of a shoe. The shoebill is a skilled fisher. Habitat destruction and hunting are the main dangers to the bird.
Red Panda
The red panda has thick red colored fur. They are skilled animals. Eastern Himalayas are the habitat of 50% bears. The loss of nesting trees and bamboo is the cause for the reducing populations. Their primary dangers are many – direct harvest, competition with private livestock, and deforestation.
Snub-Nosed Monkey

They are called ‘snow monkeys’. These are Chinese monkeys and they prefer to live on high mountains. IUCN declared them as rare endangered species. The main threat is habitat loss. The main food of their diet is lichen. Lichens feed on dead trees. Trees are cut down. It reduces the food availability of monkeys. Fading forests is the main danger.

They are known as ‘ long-nosed monkey’. This monkey is found in Southeast Asia. They are noticeable apes. They love to eat leaves and fruits. To add to their diet, they eat up insects. Habitat loss is the basic reason of decline in their population. This monkey’s meat is used in Chinese medicine. They are kept in safe areas and selected sanctuaries. Humans have started living there. Repeated forest fire adds on to the loss of their home.
Ring-Tailed Lemurs
Ring-Tailed Lemurs lives in Madagascar. In 2005, IUCN noticed a shocking decrease of 95% in their population. The factors that caused danger are quick habitat loss, hunting, and the illegal pet trade. According to a recent study, only 30 individuals of lemurs are surviving. Felling of trees effects their wild population.
Conclusion
You know all the endangered species. Have you been lucky enough to see these animals? Comment the emotions that this article raised in you.
Happy reading time!

Read also – The Bizarre Pink Lake That Looks Like A Milkshake

8,275FansLike
2,100FollowersFollow
220FollowersFollow
Previous articleMedical Tests You Need To Get Done – At Every Age
Next articleWhat Made Brides To Carry White Wedding Gowns On Their Big Day

Interesting Facts About The Worst Day Of The Week- Monday