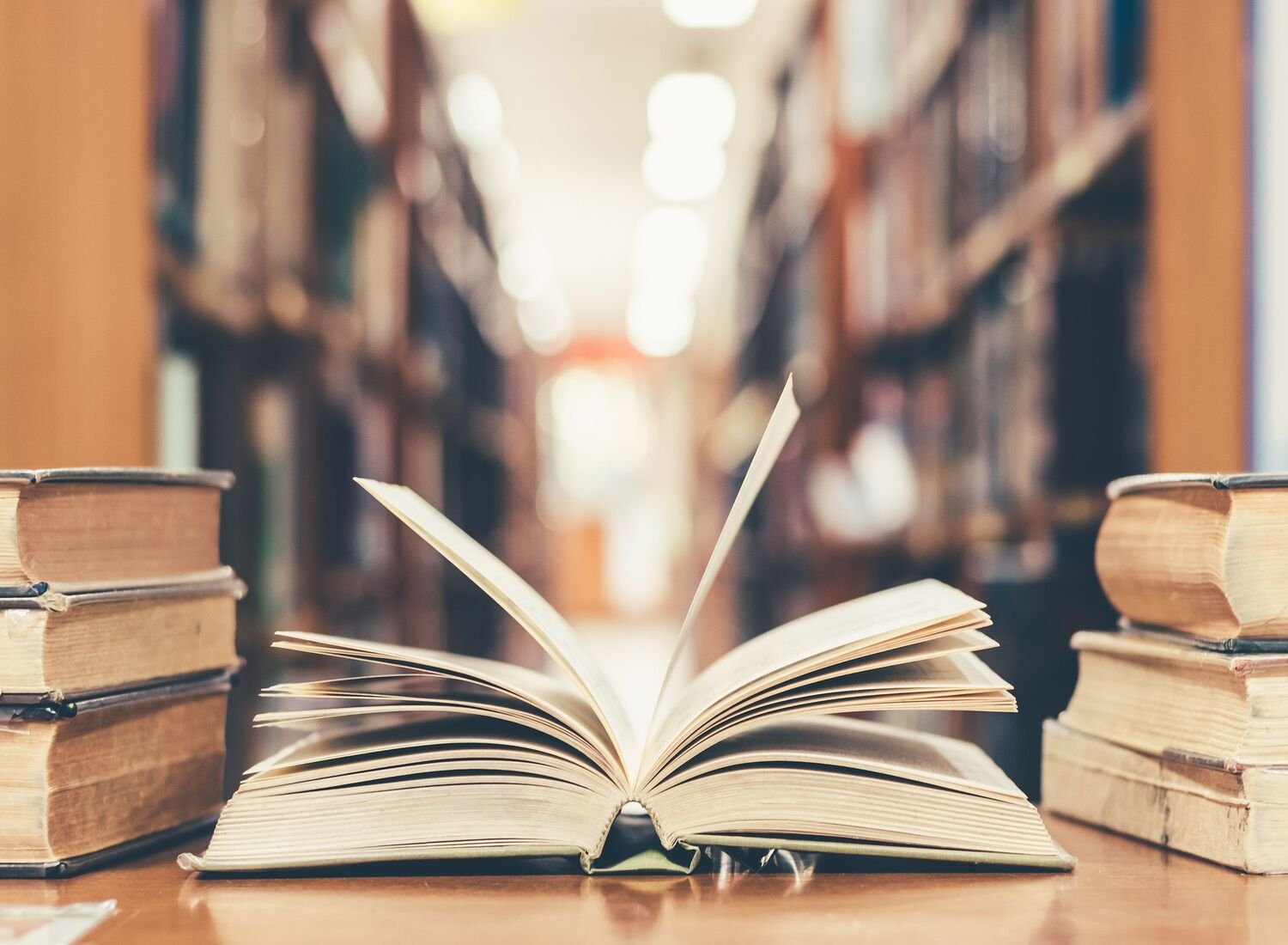 Not all of us are book lovers and enjoy reading stories and novellas day in and day out. But there are a few stories that are a must-read for all, whether you enjoy literature, architecture, or science. These stories/novels have been considered classics for centuries, and for good reason too. They put forth the dreams of normal people like us, or make you look at the mundane reality from a completely different angle or just take you away to some fantasy land, far away from the monotony of everyday life.

Gradually, you end up completely head over heels in love with the protagonists. Let’s dive into 10 must-read classics for everyone.

Table of Contents show
10 Must Read Classics books Got To Look Out For
1. TO KILL A MOCKING BIRD by HARPER LEE
2. THE INVISIBLE MAN by H.G. WELLS
3. TESS OF THE D’URBERVILLES by THOMAS HARDY
4. LITTLE WOMEN by LOUISA MAY ALCOTT
5. PRIDE AND PREJUDICE by JANE AUSTEN
6. THE COUNT OF MONTE CRISTO by ALEXANDRE DUMAS
7. REBECCA by DAPHNE DU MAURIER
8. DRACULA by BRAM STROKER
9. OLIVER TWIST by CHARLES DICKENS
10. THE ADVENTURES OF HUCKLEBERRY FINN by MARK TWAIN

10 Must Read Classics books Got To Look Out For

1. TO KILL A MOCKING BIRD by HARPER LEE

“Shoot all the blue jays you want, if you can hit ’em, but remember, it’s a sin to kill a mockingbird.”

A dark tale of roots and consequences of prejudice and racism, To Kill a Mocking Bird is a coming of an age story where a lawyer teaches his two kids, Scout and Jem Finch to be just and compassionate with people, while defending a black man falsely charged with the rape of a white girl. The story is narrated and visualized through the minds of the Finch kids, living in a town imbued with hypocrisy and prejudice.

An anti-racist drama set during the Great Depression, To Kill a Mocking Bird won the Pulitzer Prize in 1961 and was praised for its brassy depiction of the irrationality of adults towards race and class in America.

2. THE INVISIBLE MAN by H.G. WELLS

“Alone – it is wonderful how little a man can do alone! To rob a little, to hurt a little, and there is the end.”

More of a science fiction, The Invisible Man is the story of an albino scientist named Griffin who has discovered the method to become invisible. He takes a drug to test the outcome on himself, and although he succeeds in becoming invisible, the drug drives him a little crazy.

Having learned how to become invisible, Griffin misuses his power for vile activities such as looting a store, beating up people, and even takes it to to the extent of murder. What follows, is how he manages to live with his invisibility for a while, with the help of a tramp and an old acquaintance, until one day he gets caught by the raged and suspicious locals of the Iping village who beat him to death, and slowly his body becomes visible.

3. TESS OF THE D’URBERVILLES by THOMAS HARDY

“Why didn’t you tell me there was danger? Why didn’t you warn me? Ladies know what to guard against, because they read novels that tell them of these tricks.”

Set in the Victorian era, it is the story is of a young, innocent, and attractive Tess Durbeyfield, the heroine of the novel. When her poverty-stricken family learns of their noble ancestry, Tess is sent to make an appeal to a nearby wealthy family who bears the ancestral name of d’Urberville. Here, the innocent Tess meets the rakish Alec d’Urberville, and then secretly bears his child who dies in infancy. Later, she meets and marries Angel Clare, while working as a dairymaid. When Angel learns of her past on their wedding night, he rejects Tess. Emotionally and financially drained Tess again seeks the help of the d’Urbervilles.

The tragic plot and the difficult life of Tess, who is victimized by different men and eventually faces a horrific downfall, is traced in the novel. It also provides an insight into the open treatment of sexuality and religion in the Victorian era, especially from the rural, lower-class viewpoint. The novel is a powerful criticism of the Victorian hypocrisy, and the “immorality” of young Tess portrayed in the novel.

4. LITTLE WOMEN by LOUISA MAY ALCOTT

Considered to belong to a genre of family stories for children, Little Women is the story of four March sisters, Jo, Meg, Beth, and Amy, and their bond with their mother. The sisters are raised in poverty but with respect, love, and care, by their doting mother, while their father serves in the Army during the Civil War. Their only friend is Laurie, the grandson of a rich old man next door, who later marries an eloquent Amy, after being turned down by Jo.

The bond between the sisters, and the bond with their mother, unfolds the course of their lives in the Civil war era. Their lives intertwined with each other, the March sisters have just one wish, and that is to live happily. one of the must-read classics, it is more of a family romance novel. Little Women was a widely loved and applauded novel.

5. PRIDE AND PREJUDICE by JANE AUSTEN

“A lady’s imagination is very rapid; it jumps from admiration to love, from love to matrimony, in a moment.”

A romantic novel of the 1800s, Pride and Prejudice is a story that centres on the turbulent relationship between Elizabeth Bennet, the daughter of a country gentleman, and Fitzwilliam Darcy, a rich aristocratic landowner. When they first meet, Darcy is indifferent to her good looks and sharp mind, and Elizabeth perceives the former as a young, arrogant gentleman.

What follows is a bubbly comedy of manners, where Austen shows us the error of judging one by the first impression and the lifestyle of the then provincial middle-class. Layered with shrewdness and great character depiction, Pride and Prejudice is a classic of Literature.

6. THE COUNT OF MONTE CRISTO by ALEXANDRE DUMAS

“It’s necessary to have wished for death in order to know how good it is to live.”

The Count of Monte Cristo is narrated with the backdrop of the Bourbon Restoration in France, a story of revenge and punishment. When the innocent sailor Edmond Dantes is unjustly imprisoned for a crime he did not commit, he plots revenge.

14 years of incarceration leaves him with a mastermind plan to punish those responsible for his fate. Once he escapes the dungeon, he is no longer Dantes but the charming and mysterious, Count of Monte Cristo. The story then unfolds a tale of retribution and redemption.

“Last night I dreamt, I went to Manderley again.”

As haunting as it is thrilling, Rebecca is a gothic suspense novel and has been widely considered a classic. Set in a large country house in the Cornwall wilderness, the story is of a young woman obsessed with her husband’s first wife, a woman who is already dead.

In the psychological thriller, Rebecca conjures suspense and thrill in the narrative, with an underlying current of jealousy. What makes the novel a classic is the plot twists at irregular intervals, catching the reader off guard, and thus, making the novel a gripping tale.

“Listen to them, the children of night. What music they make!”

The most popular literary work derived from vampire legends, Dracula is a gothic novel comprising of letters, telegrams, and journal entries written by the main characters of the story. Drawing inspiration from the infamously barbaric Vlad the Impaler, Stroker designed the character of Dracula.

Considered a masterpiece of the horror genre and one of the must-read classics, Dracula probes identity, sanity, and dark corners of Victorian sexuality and desire.

“It is because I think so much of warm and sensitive hearts, that I would spare them from being wounded.”

The novel follows the journey of the titular character, Oliver Twist, an orphan since birth. After suffering repeated mistreatment by Mr. Bumble, Oliver flees the workhouse to London the Artful Dodger, who takes him to old Fagin, who provides a shelter.

What happens to the orphan kid and how he survives, depicts what Dickens believes to be a classic story that goes on to show how poverty leads to crime.

10. THE ADVENTURES OF HUCKLEBERRY FINN by MARK TWAIN

“If you tell the truth, you do not need a good memory!”

One of the must-read classics by the celebrated writer, Mark Twain. In this novel, we see Huckleberry Finn and his friend Jim, a runaway slave escape from Huck’s abusive dad by fleeing down the Mississippi on a raft. As Huck recounts his adventures, the readers are sure to be thrilled with the excellent storytelling. Huck and Jim encounter feuding families, two scoundrels pretending to be King and Duke, and Tom Sawyer’s aunt who mistakes Huck for Tom. What we also see is a gradual maturity in Huck where he overcomes conventional racial prejudices and learns to love and respect Jim. The classic was widely loved, owing to its narrative renditions and vivid descriptions which were broadly comic and subtly ironic.

The water temperature decides your hair look!With the onset of winters in most parts of the country, you must be bound to choose hot...
Read more

"Each has his past shut in him like the leaves of a book known to him by heart and his friends can only read...
Read more

The internet is a lot of fun. You can watch videos on YouTube, connect with your friends through Facebook, Instagram etc. Maybe once in...
Read more

A Disorder Where Memory Can Be Lost And Found!