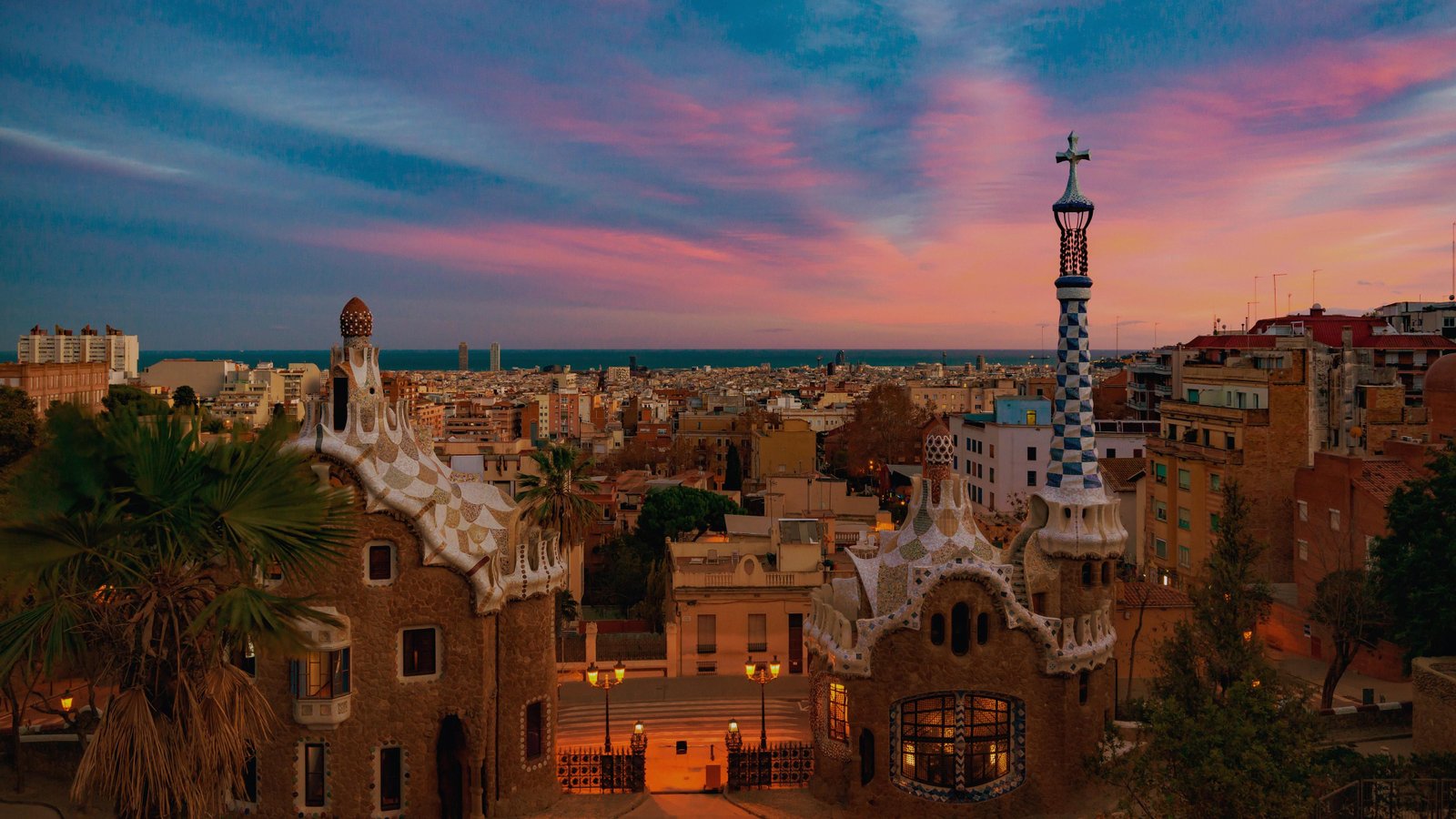 Being situated between the charming sea and mountains; the city of Barcelona has accomplished an impressive balance between ancient and modern art thereby offering an artistic scenery of the medieval era and the breathtaking architecture of Romanesque churches.

Along with amazing sightseeing and leisurely walks along the sandy beaches, there are a few delightful surprises waiting for you at every corner of this city.

Therefore, without any further delay let’s discover the top 10 attractions that will spice up your summer in Barcelona this year.

The Basilica of the Sagrada Familia is a monumental church which is devoted to the Holy family: Jesus, Mary, and Joseph and it is one of Antoni Gaudí’s famous work in Barcelona. Many tourists ask if it is worth to buy a ticket to go inside and explore the interiors of the church? Well, the answer is “yes,” because watching the sunlight seep through the stained glass inside the Basilica is one of the best things of the entire tour. The delicate design inside the church is intricate and rich, which won’t let you regret your decision of stepping inside the magnificent building of Sagrada Familia.

The Gothic Quarter or Barrio Gótico is the heart of the old city of Barcelona. Earlier this beautiful neighborhood used to be a Roman village and the Museu d’História de Barcelona shows the tiny remnants of this village. The Gothic Quarter is a mix of ancient and modern beings which brings people together from all parts of the world. This charming town has narrow medieval streets filled with modish bars, clubs, and restaurants. Certain artisans sell leather and jewelry near the Cathedral of Barcelona, while some vendors line-up with their flower and street food stalls at La Rambla. During the weekend, the Gothic Quarter also hosts the art market at Plaça del Pi.

After the Sagrada Familia, the Nou Camp is the second-most heavenly temple in the city. It is one of the largest stadia in Europe with a capacity of 99,354 seats. Indeed a paradise on earth, isn’t it?
Well particularly, you don’t have to be a football fan to enjoy this thrilling experience as the tour lasts between one and a half hours or two, where it leads you towards the lawn, the bench of the players while passing through the changing rooms, the press corridor, its chapel and finally the museum and the official store of the club making it a once-in-a-lifetime visit.

This renowned building situated at the heart of Barcelona is also one of Antoni Gaudí’s masterpiece and a UNESCO’S World Heritage Site. The Casa Batlló has a unique architecture which is adorned by tourists in a million ways possible; starting from the bottom floor with oval windows and sculpted stonework, along with the colorful mosaic made from broken ceramic tiles to the arched rooftop which resembles the back of a dragon.

Again being designed by Antoni Gaudí, Park Güell is a public park in Barcelona. This park is composed of gardens and architectural elements and is located on Carmel Hill. Not being fully complete, the park still remains as one of Gaudí’s most playful and colorful artwork making it one of the interesting landmark in the city. On weekends, many locals and tourists visit the park and are left awestruck by the huge gingerbread gatehouses and snap photos of the giant ceramic dragon on the stairs that lead up to the hillside.

The Boqueria Market or La Boqueria is one of the top tourist attraction in the city of Barcelona. This famous market is open to the public and is always thronged by the locals and tourists. The grand entrance of this market will lead you to a variety of food stalls from all around the world. The Boqueria Food Market is a must-visit during your trip to Barcelona as you can find an assortment of olives, cheeses, seafood, meat, fruits all under one roof. It doesn’t matter if you buy anything or dot around the market for light snacks or even feast by the bars, one thing is guaranteed that you will always end up with a memorable experience.

La Rambla or the Washington Square Park of Spain is the main center of social activities in Barcelona. Along with being flourished with tree-lined cafes, bars and restaurants La Rambla also possesses the wide Catalan culture, art, theatre, and unique architecture all under the same thoroughfare. Being a top tourist attraction, La Rambla has been divided into five major sections stretching from Plaça de Catalunya to Port Vell.

First up is Font de Canaletes a baroque fountain crowned with a lamp post with an unusual tradition. It is said that one who drinks the water of Les Canaletes will return to Barcelona. Quiet weird right? But apart from it, the Font de Canaletes is also a meeting point for the fans of Football Club Barcelona.

The third is La Rambla de Sant Josep or La Rambla de les Flors which is filled with a variety of colorful flower stalls.

Fourth is La Rambla dels Caputxins, which is sited from Plaça de la Boqueria to Carrer dels Escudellers and is one of the busiest parts of La Rambla.

The fifth and final one is La Rambla de Santa Mònica which overlooks the Columbus Monument from the Port Vell. Along with the Mirador de Colom, this part of La Rambla also exhibits various ancient and modern art festivals.

Locals and tourists are often found sunbathing and relaxing on Sant Sebastià Beach as it is filled up with a number of seafood restaurants, traditional bars, nightclubs, and sporting activities. There is also a cable car tour from the Sant Sebastià Beach to the Montjuïc hill, where the people can experience a splendid view from a height. Other historical buildings with modern architecture also serve as a tourist attraction. Many glitz yachts are fabricated between the Museum of Catalan History and the Columbus Monument. The path along them offers a romantic walk with a picturesque view of the Barcelona port. Tourists can also explore the marine life along with the flora and fauna by visiting the aquarium which holds a number of wild marine creatures. Along with historical architecture, one can visit the local markets of La Barceloneta that offer fresh seafood delicacies.

It is one of the vintage landmarks in the city of Barcelona designed for kids, teens, and adults. The park has a number of rides, along with the most popular airplane ride where one can see the breathtaking view of the city from up above. There are cafes and restaurants on the hilltop where one can find peace at certain hours. If you are not a fan of the amusement park, you can also visit the beautiful church located on the hilltop adding a little magic to your travelogue.

The Palau de la Música Catalana is a concert hall and one of UNESCO’S World Heritage Site. Tourists from all around the world attend musical performances like orchestra, symphony, jazz, chamber, and Cançó performed by various artists. Many tourists visit the Palace to see the rich architecture of Catalan modernism full of lines, curves, shapes and floral designs which makes it lavish and beautiful.

Taking a look at the looks of stylists and fashion experts, it seems clear that the crop top, in all its versions, is one...
Read more

What Is a Supportive Employment Program?

Have you ever heard of supportive employment? You may ask yourself, "What is that?". However, there is also a recommended website to know more...
Read more

This recent trend selfie has taken the world of internet by a storm. Selfie is a photograph of oneself, typically one taken with a...
Read more

One of the most significant factors that can be an indicator of overall health is your diet. What foods do you consume regularly and...
Read more
Previous article
Are You A Failed Optimist?
Next article
Travel The World One Cup of Coffee At A Time