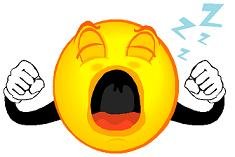 Yawning, is usually considered a sign of boredom or your body’s way of telling you to get some shut-eye. The tears that form in your eye when you yawn tell you that you are missing your bed.

The world famous saying “as contagious as a yawn” is so true. When you see someone yawning, you can’t really help yawning yourself.

Table of Contents show
1 What Happens When We Yawn?
2 What Causes A Yawn?
3 The Cultural Aspect

What Happens When We Yawn?

If you observe carefully, you will realize that when you yawn, you are first inhaling air, which creates a slight pressure on your eardrums, and then you exhale.

What Causes A Yawn?

Like for any other action, there are numerous theories for why we yawn. As I said earlier, we inhale air when we yawn. And we feel the need to inhale excess air when the carbon dioxide in our blood increases. So our body tries to take in as much oxygen as it can.

Another theory is that yawning helps the brain to cool down. A study was carried out wherein ice packs were put on the subjects head and they were made to watch videos of people yawning. The subjects apparently yawned less.

A third theory states that yawns are caused by neurotransmitters (chemicals in the brain), like serotonin, dopamine, glutamic acid and nitric oxide. Whereas other neurotransmitters like endorphins decrease yawning.

Some people say that when we open our mouths to yawn, we are letting our soul escape and that we are letting the evil spirits enter our body. To prevent this, we are supposed to cover our mouths while yawning.

It is considered rude to yawn while we are attending an important lecture or a conference or a meeting. It was a tradition to turn your face and cover it with your handkerchief while you yawn. A loud yawn may even lead to penalties for contempt of court.

Contagiousness of yawning affects dogs as well. Domesticated dogs yawn when their owners yawn. Even the fact that fishes yawn has been documented.

In a herd, yawning is used to synchronize sleeping patterns. Contagious yawn is supposed to show empathy.

I hope reading this article didn’t lead to too much of yawning!!! If yes, then stay caffenated!!!

Read also- Hiccups: Why do we get them? How to get rid of it

Women Take a Note – Say no to High Heels!

Did William Shakespeare Really Write His Own Plays?