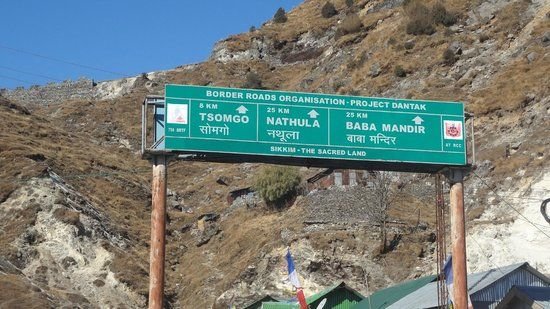 Superman and Batman are heroes of our imagination. But the real heroes that we should look up to are our very own soldiers! They are the guardians of the skies, sea, and land that is legally India’s. Soldiers protect us from non-State activities and put their lives at risk to ensure that we sleep in peace. They toil through harsh weather conditions be it rain, snow or heat. This article is the story of a brave Jawaan by the name of Baba Harbhajan Singh, whose sacrifice is worshiped by the people of the Northeastern region of Sikkim.

The Story behind Baba Harbhajan Mandir

Baba Harbhajan was born on the 30th of August 1946, at ‘Sadrana’ in the district of Gujranwala of present-day Pakistan. He joined the Punjab regiment of the Indian Army as a sepoy, on the 9th of February 1966. Harbhajan Singh served the 23 Punjab Regiment in East Sikkim. During his time of service, he carried ammunition and weapon supplies to one of the remote check posts in Nathu La pass.

During this escort, he drowned in a glacier. His dead remains were found after a three-day search, which was helped by Harbhajan Singh himself who came in the dream of his colleague. It is believed that he also told his colleague to construct a temple for him and lay his body there.

Another parallel version to this story is that out of sheer respect and for his sacrifice, and to honor his death which happened during the 1965 Sino-India war in the Nathu La pass that occurred between the Indian Army and the PLA. Localities of the region buried his body and constructed a temple so that his soul would protect them and remain there. They feel that his soul protects them from all evil and mishaps. Stories about how Baba has saved people from danger can be heard in abundance from the people of Kupup.

The Mystery of Baba Harbhajan Mandir

From then on to present times, soldiers irrespective of religion, caste and creed come to the temple to pay their respects and pray for their security. It is said that when a bottle of water is kept at this temple and later consumed by an ailing person cures him/her. Devotees place bottles of water close to his shrine with the name of the ailing person written on it. The water must be consumed by the family of the sick person for 21 days, and they must not have alcohol or non-vegetarian food for this period.

In a country where religion dominates the social structure, where the belief held in the unseen God is unbreakable, there exists a place where the people worship a person in the realm of reality, a person of flesh and blood for his sacrifice and great deed.

Personally, after being to these places, my respect for not only Baba Harbhajan Singh, but for every soldier in these rough terrains where even the basic need of oxygen is a scarcity, who protect our borders day in and day out has increased tremendously.