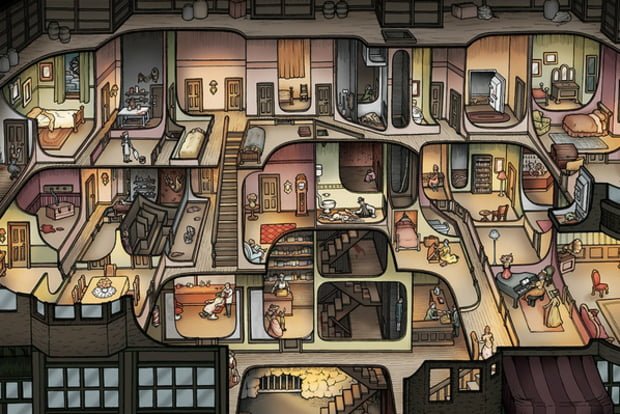 You may have come across a lot of magnificent forts but have you ever thought about a castle of murder? Yeah! That is true. There is a strange history behind the building of United States Postal Service in Englewood, Chicago. The building was famous for the name of “Murder Castle” in the late 19th century. How it got that evil name? What is the story behind the building? Let’s discover here.

Table of Contents show
Who was H. H. Holmes?
The idea of building Murder Castle
What was so unusual about the building?
Holmes’s arrest
Wrapping up
Read also: After Committing Allegedly 2,500 Murders, This Zodiac Killer Still Roams Free

The most wicked person of America, Herman Webster Mudgett (commonly known as H. H. Holmes or Henry Howard Holmes) was the owner of the Murder Castle. Moreover, he was known for his profession as a professor, physician, a con artist and serial killer of the 19th century. However, his devil image became an inspiration for various crime and literary writers of the time. Because of which, he was known as a well-known character in ‘pulp magazine’.

The idea of building Murder Castle

Mudgett never settled on one identity as he uses to move from place to place to run away from his deeds. In 1886, he moved to Chicago where he worked in a drugstore and later bought it from the owner. He built a two-story building which was used for the mixed purpose. That included apartments on the second floor, retail store, and new drugstore.
Although he declined to pay the architect and steel company, he built the third floor to rent it as a hotel at the time of World’s Columbian Exposition. However, the last floor level was never completed.

What was so unusual about the building?

Other than its name, the building holds some mysteries behind it. The ‘castle’ was used to murder many people to sell their corpses as cadavers. Moreover, these cadavers were used as a proof to claim money from a various insurance company as he was an insurance fraudster.

When he killed his friend’s daughters, he was arrested by the Police of Philadelphia. During his investigation, it revealed that he had murdered around 200 people throughout America and Canada. However, he was sentenced to death as the result.

As a confession before his punishment, he claimed- “I was born with the devil in me. I could not help the fact that I was a murderer, no more than the poet can help the inspiration to sing. I was born with the ‘Evil One’ standing as my sponsor beside the bed where I was ushered into the world, and he has been with me since”- H H Holmes.

Even though he gave many contradictory statements for his sins, one thing was constant that Satan possessed him. No wonder what he did, he left the mark that signifies the height of the evil action.

Tips For Keeping Your Neck Pain Away and Fit

Neck Pain Exercise A study says that a functionally independent person moves his neck more than 800 times a day on an average. Come on!...
Read more

Cricket is our all-time favourite game for Indians. All of us love cricket from little kids to senior citizens. “We Indians love cricket.” But...
Read more

Mukbang and ASMR eating has been the ongoing trend of this "new generation," which is usually on the phone screen, scrolling through social media...
Read more
Previous article
The “Rescuing Hug” That Stunned The World And Changed The Medicine
Next article
Quick And Easy Vastu Tips For Bedroom That You Can Follow!