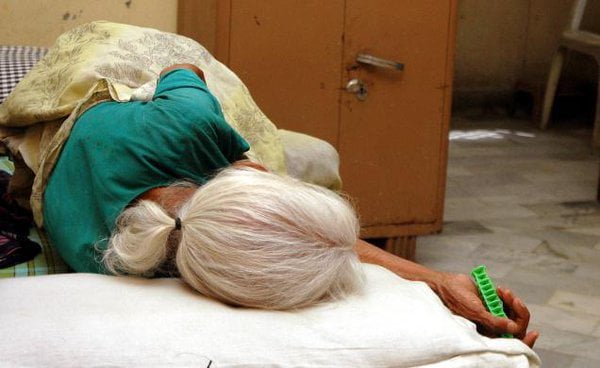 “India is a country with varied customs, culture, and rituals. Our culture through the whole teaches us to respect and obey our elders. Serve them to make their lives easier and smoother, at our level bests.”

Do you really feel like India is same as said above? If No, what could be your possible reason for support? And if its yes, really fine. No doubt, India is a reflection of great values. But every one of us must be aware of a strange practice which is happening in some parts of southern districts of the state, Tamil Nadu. This practice is a dreadful act of killing elderly citizens for some self-defined reasons. People name this as “Thalaikoothal”.

Table of Contents show
1 Thalaikoothal-An involuntary euthanasia
2 Reasons stated by the respondents
3 Methods used by respondents to kill their elderly
4 Final Verdict
4.1 “Please do respect your parents and elder members of your family and surrounding. They are an essential part of our lives.”

According to a study ‘A Study on the Victims of Geronticide in Tamil Nadu, India‘ by M. Priyamvadha, Assistant Professor in the Department of Criminology of Madras University, it is observed that Thalaikoothal has grown its roots deeper into the districts of Madurai, Virudhnagar, and Theni. As per the statistics obtained from the study, 30 percent of the respondents admitted that Thalaikoothal was being practiced as a ritual killing. 22 percent of them claimed that these elderly-killing ceremonies were being performed to end the life of the elderly.

Reasons stated by the respondents

Methods used by respondents to kill their elderly

The respondents use one out of 126 various methods to implement the offensive crime of Thalaikoothal. Some of them include giving an extensive oil-bath early in the morning and eventually making them drink glasses of tender coconut water. This ultimately leads to renal failure, high fever, fits, and death within 2 0r 3 days. Another includes giving a head massage with cold water, which then lowers the body temperature sufficiently to cause cardiac arrest. There are some methods also like force-feeding of cow’s milk while blocking the nose which causes difficulties in breathing. The respondents refer to this as “Milk Therapy”. Finally, the last option left is the use of poisons.

Thalaikoothal is no doubt an offensive crime and an illegal practice in India. But this practice has been socially accepted from a very long time. More likely, people who are doing this, consider this as a mercy killing. People around even don’t bother to complain to Police. Even the situation is much more severe than we can even think of. Usually, the family who are going to do Thalaikoothal, priorly informs their relatives about it. Sometimes the victim even requests their families for it which is really heartbreaking.

This issue gained a high-profile importance in the year 2010 when an 80-years-old man escaped from his family. Because fortunately, he came to know about what was going to happen with him. He heard his family members about how they would share his lands. So, after this incidence, the administration took its steps into the matter and set up teams of officers to monitor the senior citizens.

“Please do respect your parents and elder members of your family and surrounding. They are an essential part of our lives.”

More From: Health and Wellness