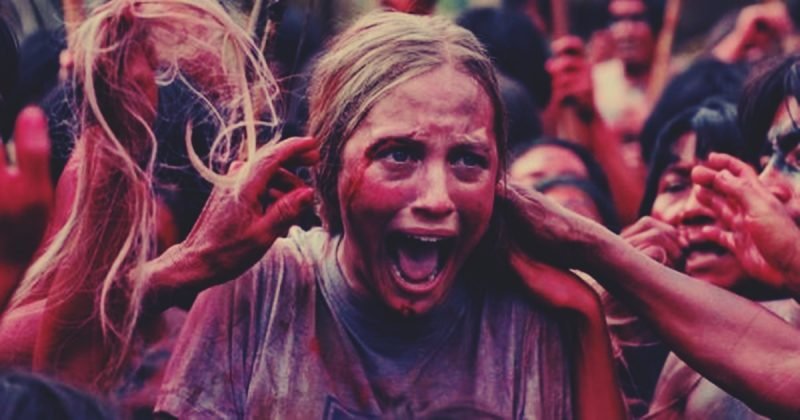 Can you wonder who the most dangerous animal in the world is? Whatever your answer is for the time being, but after reading this article, one thing is sure- your perspective is bound to change. Humans involve themselves in many practices. But they might not always be socially acceptable. The practice of Cannibalism is at the peek amongst them.

So, Firstly, What Is Cannibalism?

Cannibalism can be defined as a situation where entire or some body parts of an individual of a species is consumed by another individual of the same species. Cannibals are the individuals who practice Cannibalism.

So, let’s have a look at the 9 places where Cannibalism still exists.

One can see evidence of Cannibalism in Liberia right after the First Liberian Civil War. Doctors of that time, those without Borders, reported this act and, in the hope of further investigation, sent that corroboration to Amnesty International. But the information was never made public. The Secretary-general of Amnesty International at that time, Pierre Sane, stated that they couldn’t do anything with the bodies after human rights violations are committed because that is not a part of their concern.

General Butt Naked (Joshua Milton Blahyi), a former warlord who fought against the former Liberian dictator Charles Taylor, confessed in 2008 that he was involved in human sacrifices. Those included killing a child and taking out the heart and dividing it into parts for everyone to eat.

The Democratic Republic Of Congo

In 2003, Sinafasi Makelo, representing the Mbuti Pygmies during a meeting with United Nations Members, made some claims that the Ituri Province’s Congolese rebels were eating the Mbuti People alive. Amuzati Nzoli, the world’s most famous pygmy, said that he watched a group of rebel soldiers cooking and eating his family in 2002. He further added that the rebels even sprinkled salt on the flesh as they ate as if cannibalism was in their habit.

Once, Fiji was commonly known as the Cannibals Island and the Naihehe Caves in Sigatoka as the Cannibal Cave. But Since the 19th century, Only one Cannibal group is known to live in the former caves. The book “Fiji and the Fijians” reflects how terrifying the cannibalism in Fiji was. The author writes,” A Chief’s wife from a small island of Lakeba ran away in the middle of the night. After some days, the trackers, as ordered by the chief, brought her back. The Chief chopped her wife’s arms and cooked it. Later in the evening, she was made to sit beside him to watch her husband consuming her own arms, in horror”.

In Western New Guinea, running along the Ndeiram Kabur River, nearly 4000 people of the Korowai tribe still reserve human flesh consumption. They practice cannibalism on some special occasions, which they consider as revenge. According to their beliefs, a khakhua or Witch man kills the tribe people for unknown reasons. So, they must eat the body of the victim to avenge him.

As per the controversial Paul Raffaele, who went to Korowai people to know them in depth, the Korowais’ put him to test. The tribesmen gave him a pack of meat and told him that it was human flesh. If he chose to eat that, he could stay with them; otherwise, he had to leave. He ate that, so they allowed him to stay.

An exiled cult of monks feared across India- the Aghoris believe that they can become spiritually enlightened after consuming the deceased. This tribe has only about 20 members left today, which were in the hundreds at its peak. This mysterious tribe lives in cemeteries, practices cannibalism, and drinks alcohol from human skulls as part of their rituals. They even meditate on the top of cadavers (corpses) in search of spiritual enlightenment. The Agrohis eat bodies that are already dead; they never kill the humans they eat.

The Cannibalism practices of Cambodia are severe. During the Khemar Rebellion of the 1970s, The Cambodian troops reportedly cut out and ate their enemy soldier’s hearts and livers after the rebels were killed. Ouk Him, among the survivors of the Khmer Rouge, witnessed an incident unfathomable to most.

While explaining the incident, Mrs. Him says, “Once, a pregnant woman was detained at the prison with me. She felt labor pain as she was due to deliver a baby. The Cadre in charge at the prison brought her out of the detention cell. As the woman was marched onto the grounds of the prison, I could hear the piercing screams through her cell walls and then silence. I saw a Khmer Rouge cadre who walked her out come back, and he raised his hand with a human liver and heart and shouted,’ Here’s the liver and heart from that woman. Let’s eat and drink it with alcohol'”.

On May 26, Miami Police shot a face-eating cannibal, Rudy Eugene (a homeless man). He showed signs of ingesting a synthetic cocaine substitute known as bath salts. Eugene was found feasting on the face of another homeless man, Ronald Poppo, in the daylight on a busy highway. The Police said that Eugene had ripped off his clothes, gnawing the victim’s face down to his goatee. There was no nose, no mouth, and the forehead was just bone. The Drug Enforcement Administration in Miami banned three chemicals used in Bath salts, but such incidents continued to happen.

Once renowned for its unbelievably beautiful island, Nuku Hiva is now more famous for the cannibal act associated with a German Tourist, Stefan Ramin. Stefan Ramin was out for a trip with his girlfriend. He then went out for traditional goat hunting with a tourist guide but soon went missing. It was feared that Stefan Ramin was cooked and swallowed as his remains were found on a campfire site on the French Polynesian island that supposedly belonged to a cannibalistic tribe. It is still under investigation whether or not the tour guide was a part of this tribe. But he certainly had a connection.

A self-confessed Cannibal, Arwin Meiwes, admitted that he had met a 43-year-old Berlin engineer, Bernd Brandes, after advertising on the internet and had diced him into pieces and eaten him up. He posted the advertisement in the hope of finding someone willing to volunteer their body to him. Arwin recorded the entire scene in a video. The two shared a dinner of Bernd’s genitals before Arwin stabbed him in his chest with a foot-long knife. Since Cannibalism itself isn’t a crime in Germany, he was charged for murder only.

Read Also: 10 Dangerous things that were legal in the past

All about the WinTrillions Lottery WebsiteThere are lots of people who would like to play lotteries and look for a chance to be rewarded....
Read more

How Did Disney Princesses Shape Our Childhood?

There’s a reason why your sister wants to become one of the Disney princesses.Anyone who has seen these movies has imagined themselves as...
Read more

Jackets You Must Have In Your Winter Wardrobe

Winter is around the corner, and you are still confused about what to wear and what's trending?The most challenging thing for us is deciding...
Read more

Although house flipping has proven to be a highly profitable venture for countless investors, it’s pure folly to assume that every flip will be...
Read more
Previous article9 Superfoods to Make The Best Smoothie
Next articleHow To Navigate The Dark Web Securely