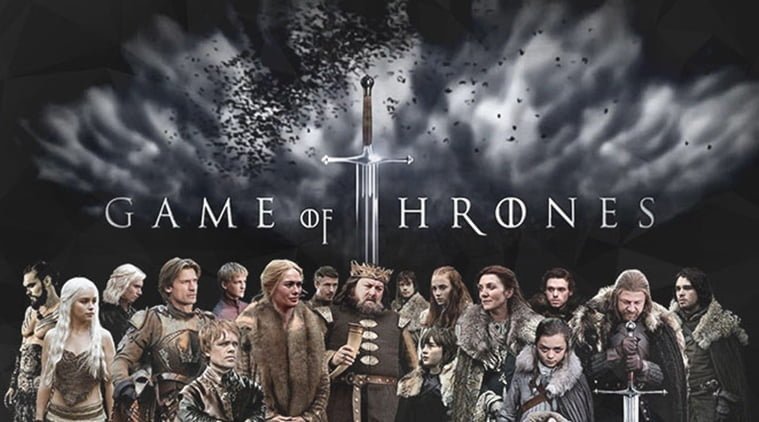 Game of Thrones (2011-) has now become a fictional world we all desire about being a part of! Words aren’t enough to describe the thrill one gets right before a new season of the show goes on air. However, did you know that this fictionalized show draws its inspiration from a real-life historical event?!

Yes, George R.R. Martin’s masterpiece has its parallel in one of the bloodiest war of England- The War Of The Roses!

Without much ado, let us delve deeper into the British history and see how Game of Thrones have brought the historic characters and battles to life!

Following King Edward III’s death in 1377, a new King was anointed. King Richard II, Edward’s grandson, was merely 10 years old when he succeeded to the throne. A whole generation was skipped here. And that became the reason behind various other claims to the throne. It is exactly here that the Yorks, descended from Edward’s fourth son, and the Lancasters, descended from Edward’s third son, enter the picture!

The Lancaster guy, Henry of Bolingbroke, throws off Richard II from his throne and overtakes the Kingdom. He is now known as Henry IV (Tip: The Lancasters have all the Henrys, and The Yorks have all the Edwards and Richards!).

Okay, moving on… Henry IV kicks the royal bucket. His son, Henry V, replaces him on the mighty throne. The Lancasters reign successfully until 1422. Because in 1422, Henry V passes away, and an eight-month-old Henry VI becomes the crowned King! Henry VI is a bit of a weak King, who always follows the word of his advisors. This dependence on his council culminates into a disastrous and dangerous marital alliance with Margaret of Anjou, a French Princess.

A new opponent to Margaret of Anjou enters the picture. His name is Richard of York. His family, The Yorks, still harbor a claim to the throne. And worse, Richard is a close advisor and confidant of Henry VI.

Richard of York is maybe a shade better than Ned Stark in Game of Thrones, isn’t he?

Queen Margaret sees York as a threat and tries to stop his progress to the throne as soon as possible. York realizes this and has a huge fight with the Lancasters. He is ‘rewarded’ by being banished to Ireland. In England, Margaret’s malicious misbehavior causes distrust among people.  So, Richard of York makes an entry into England once again. This time, as the Protector of England!

Meanwhile, Henry VI has a mental breakdown. Oh, remember the “Mad King” in Game of Thrones?

Richard becomes a regent-in-charge of the English government. Soon, Henry VI returns to normalcy. Upon Queen Margaret’s request, takes away York’s status from him! York attacks with an army, claims his status as a Protector back, secures a succession for his heir, and defeats the King. York dies in a battle with Margaret’s army as well. And York’s son, Edward, Earl of March, becomes King Edward IV. The York dynasty is on the throne now.

Edward IV fights quite a lot of battles against the Lancaster and wins all of them, including the Battle of Towtown (considered one of the bloodiest battles fought on the English soil!). He imprisons Henry VI, Margaret of Anjou, and their son, Edward of Westminster.

This cruel, notorious child is the inspiration behind the character of Joffrey in Game of Thrones!

Edward IV makes a huge mistake by rejecting a marriage to a French princess and marries the widow of a minor noble instead.

Well, doesn’t Edward IV remind you of Robb Stark from Game of Thrones?

Now, Edward IV’s allies alienate him. One of those allies is The Earl of Warwick. The Earl turns a lot of people against the King, and for a brief period of time, reinstates Henry VI to the throne. But Edward takes back his throne and makes Henry VI captive once again. Henry VI soon dies in the Tower where he was a prisoner.

The Earl of Warwick resembles Lord Roose Bolton from Game of Thrones, doesn’t he?

Edward IV dies in 1483. And the war for the throne continues. Edward has a 12-year-old son of the same name, who is all set to be the King. However, his uncle, Edward’s younger brother, Richard takes the throne away from the kid, on the grounds that the child was a result of Edward IV’s secret, inappropriate marriage. He becomes King Richard III, after imprisoning Edward IV’s children.

How can one not notice that Richard III is a lot like Stannis Baratheon from Game of Thrones?!

A direct descendant of the 1st Duke of Lancaster, Henry Tudor, was in exile post his father’s demise. He challenges Richard III’s reign across the English Channel.

Now, who else was raised in exile after her father’s death? And who else was a direct royal descendant? That’s right! It is Daenerys Targaryen from Game of Thrones!

Henry Tudor wins the support of the York army, raises an army in France, crosses the English Channel, defeats Richard III, and crowns himself King Henry VII. He marries Elizabeth of York, Richard III’s niece, and unites the houses of York and Lancaster. This ends the War of the Roses! The Tudors, represented by a red and white rose, reigns until 1603

Now, we do not know how Game of Thrones ended. But, if the War of the Roses is anything to swear by, we can make a tiny bit of a guess, can’t we? *winks*

Looking for a solution to satisfy your food cravings?  Try these quick and delicious mug recipes and fight your hunger in less than 3 minutes! 6...
Read more

Boost Your Brain Power With These 7 Foods We share the top seven brain-boosting foods you need to eat. These superfoods increase intelligence, ramp up...
Read more

Interesting Facts About The Power Of Meditation

From ancient times, our ancestors have been practicing meditation. This is because they know the power of the subconscious mind that exists within us....
Read more

Your body is an incredibly complex machine. There are still plenty of secrets regarding how some parts work, and research into these things is...
Read more
Previous article
Ever Wondered Why Egyptian Paintings Have Profile-Faced Figures ?
Next article
Meet Raghu Raman- The Highest Paid Government Employee In India!

Let’s Talk About The History Of Nail Art