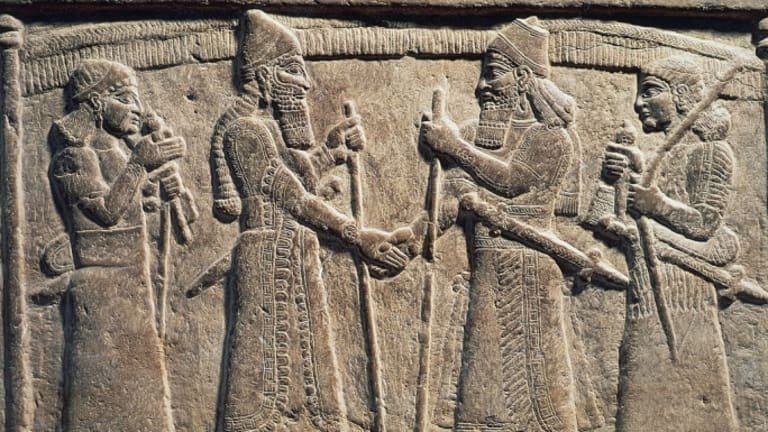 Handshakes are often treated as a custom for showing warmth while we are introduced to someone new, or are greeting someone we already know. It is also used in the professional world to start a meeting or a conversation in a polite and friendly way.

We have been introduced to handshakes as a ready-made norm, which has been prevailing from much before we came into existence.

Have you ever thought as to how does shaking hands act as a symbol for welcoming somebody? Didn’t it ever riddle your ever-questioning brain how anybody could come up with an idea such as that?

The Handshake had originally been discovered for a completely different purpose.

The origin of handshakes dates way back in time. There are different theories and school of thoughts that suggest the reason for the same.

One such theory says that this gesture was most common when wars used to take place, essentially back in the 19th century. Handshakes were used as a measure to assure that the counter was bearing no weapons in his hands and that he had peaceful and harmonious intentions. It was a way of checking for security from the enemies since the latter often tried to enter the premises while disguised.

Till date, athletes follow the norm of shaking hands before and after their matches to show that they bear no ill towards each other. Even artists of all sorts practice this while their colleague is honored with a reward.

Another school of thought indicates that this custom has been practiced during marriages from much prior to the war situations. In various western cultures, the holding of hands demonstrates the promise of friendship and love between two people forever and is continued to be practiced till date.

According to this norm, when you shake hands with a person, it signifies that you are promising to be loyal to them and that you are ready to take care of them for as long as eternity and if you betray the person or his loyalty, it would count as a sin.

Even in the Hindu religion, the father usually places his daughter’s hand in the hand of her groom to show that he approves of their matrimony. Also, he trusts that his son-in-law will take care of his daughter until the end.

Yet another belief suggests a contradiction to the previous one. According to this belief, shaking hands transfers the sins and bad luck of one soul to another. This is why religions such as Buddhism prohibits holding hands and instead consider bowing towards the guest(s) as a gesture for greeting them.

No wonder politicians are always eager on shaking hands with everyone!

Read Also: Why is Namaste more than just a simple word?

Passionate and enthusiastic about my work, I am an amiable woman. I blend my writings with a little adventure for they bring out the best results. Love to learn and explore beyond my knowledge.