Did You Know About A Village Called Snapdeal.com? 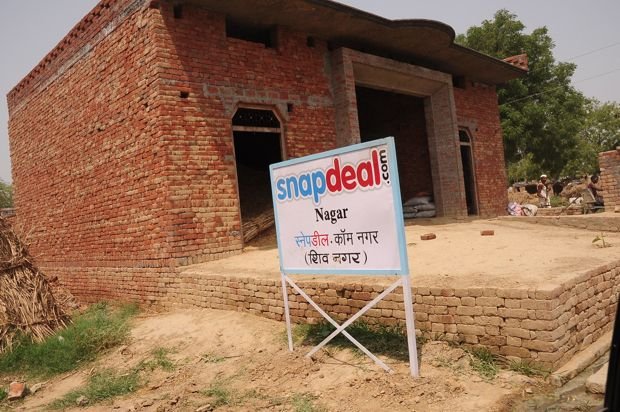 Poo of Himachal Pradesh, Bettiah of Bihar, Bhainsa of Telangana, Chutia of Assam and Daru of Jharkhand. You will be wondering what are these? These are the names of towns/villages in India. Weird right? Some of these names have logical explanations while others just are. Let’s talk about a village called Snapdeal.com.

India is a place where anything can happen. And to testify the fact we have this point for you. Yes! There is a village called Snapdeal.com Nagar. And it is located in Muzaffarnagar district of Uttar Pradesh.  And most of us know nothing about this village.

Read Also – The E-Commerce Battle: Know How The Foreign Players Dominate The Domestic Ones In The Market

Table of Contents show
Read on to know about this interesting factoid:
The original name of the village was Shiv Nagar:
The name was given by the villagers:
Was it a cheap marketing stunt by Snapdeal?
He said the following lines in an interview to Tech Crunch:

Read on to know about this interesting factoid:

The original name of the village was Shiv Nagar:

Yup, earlier this town was known as Shiv Nagar. The change in the name took place in June 2011 when Snapdeal, which is one of the famous e-commerce websites in India, adopted the village and installed around 15 hand pumps there. They took the onus of providing safe drinking water to people of Shivanagar. These hand pumps have highly aided the villagers since there was no source of potable water in the village before.

The name was given by the villagers:

Earlier the villagers had to walk for miles and miles to fetch clean drinking water. And after this help by Snapdeal, the villagers voted to rename their village as Snapdeal Nagar to express their gratitude towards them.

Was it a cheap marketing stunt by Snapdeal?

Obviously, a lot of people believed this to be a publicity stunt. But Snapdeal CEO Kunal Bahl’s interview cleared the air that it was not. He mentioned in an interview that Snapdeal always followed their goal of being a socially responsible organization.

He said the following lines in an interview to Tech Crunch:

“We honestly did something elementary that didn’t even cost much and installed 15 hand pumps, which now enable clean water within a distance of 50 meters for all the residents of the village.”

He added, “We must have spent a total of $5000 on getting this, and the cool part about this is that these 15 hand pumps will give clean water to the villagers for the next 15-20 years! How the rename of a village was not only a gesture of appreciation from the villagers but also a sort of demonstration against the local governance, for their lack of care.”

Read Also – Piplantri Village: Where 111 Trees Are Planted For Every Girl Child Born

Let us rewind the clock and delve in those days, To know the end of vast settlements. We retrace our steps in the sand of time, And...
Read more

3 Most Common Causes Of Motorcycle Accidents and How to Avoid Them More than 38,000 people die in vehicle crashes each year in the United...
Read more

Here’s Why You Should Start Your Day With Lemon Water

Naturopaths suggest everyone and follow themselves to start their day by guzzling a glass of water. Start your morning with lemon water as it...
Read more

Your body is an incredibly complex machine. There are still plenty of secrets regarding how some parts work, and research into these things is...
Read more
Previous article
Alexander Graham Bell: The Inventor!
Next article
Did You Know That Lemons Are Man-Made And Pineapples Are Berries?