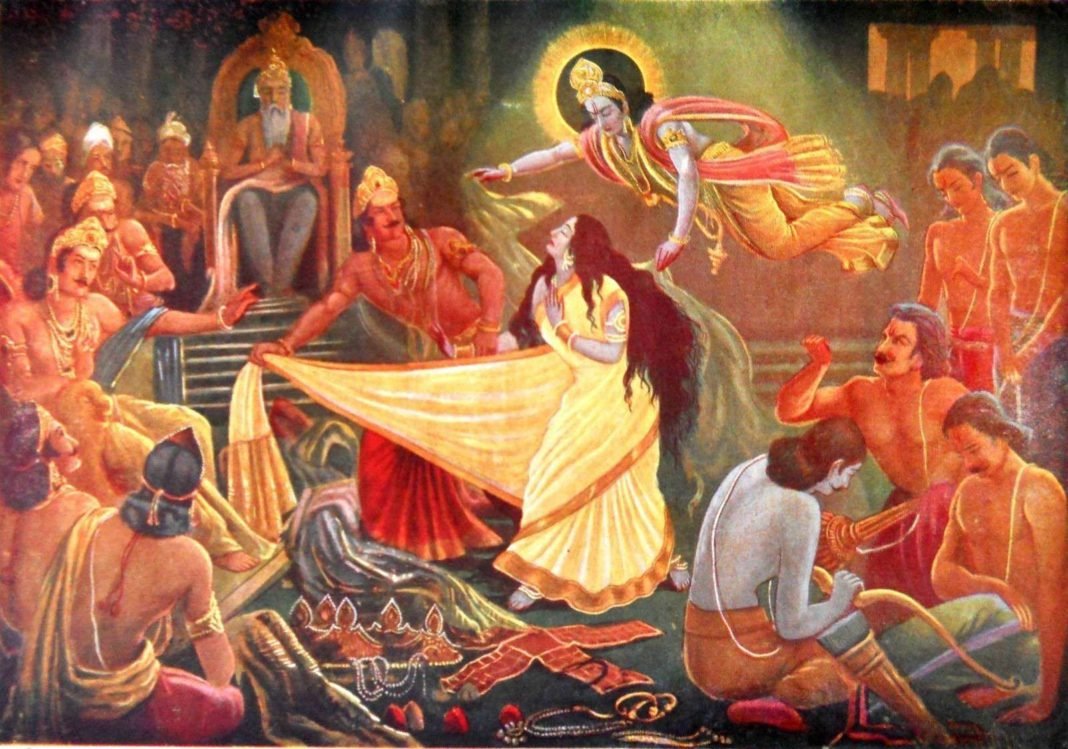 Table of Contents show
What Happened To Draupadi & Pandavas After Mahabharat War?
The Journey Towards Salvation

What Happened To Draupadi & Pandavas After Mahabharat War?

The Pandavas hailed and mourned their victory after the Mahabharat War simultaneously. Yudhisthira became the crowned Emperor of Indraprastha and they all ruled happily ever after… Right? Wrong! Let us now learn a lesson in Mythology: The Aftermath of The Great War.

After the War, Yudhisthira ruled Indraprastha for 36 long years and during his efficient reign, he established peace and discipline in the state.

On the other hand, Gandhari’s curse started to take its toll on Krishna. His tribe men started fighting among themselves and slowly destroyed the entire Yadava clan. After being wounded by a hunter’s arrow himself, Krishna left his mortal body for his journey towards the heavenly abode.

After Krishna’s passing away, the Pandavas also lost interest in life. So, after crowning Parikshita (their grandson) as King, the five brothers with their wife Draupadi left for their last journey to the Himalayas.

The Journey Towards Salvation

As they climbed the Himalayas, Draupadi fell down. Bheem, in utter shock, asked Yudhisthira:

“Why did she fall down?”

To which Yudhisthira calmly responded:

“She cannot enter the Heaven with us. Her vices pulled her down. She was married to five of us, but she never treated us equally. She was always partial to Arjun, she did not show affection for you and lusted for Karna. Partiality and lust are two of the worst vices. Hence, she fell.”

The next to take the fall was Sahadeva. Bheem looked at Yudhisthira curiously. Yudhisthira merely smiled and replied:

“Sahadeva was proud of his intelligence. He considered every other being less intelligent than him. Pride is again a vice that brings your downfall.”

Then it was Nakula who couldn’t continue the climb. This time, before Bheem could react in any way, Yudhisthira said:

“Nakula was proud of his beauty. He thought that no one was as handsome as he is. Pride again.”

Next in line to leave the group was Arjun. This time, Bheem merely waited for Yudhisthira to explain.

“Bheem, Arjuna was vain and he did not keep his promise of killing all the thousand Kauravas in a single day. He also took immense pride at his archery skills. A warrior’s mind should be free of vanity. But his was not. Hence, he cannot accompany us any further.”

After a while, Yudhisthira turned to Bheem and smiled:

“You are next to go down, my brother.”

“What is my vice?” he asked, his eyes wide open.

“Your vice is gluttony. You ate and ate without thinking about other’s needs or wants. You also thought about yourself first in everything you did. Hence, you cannot continue the journey with me.”

These were the last words Bheem heard before he fell into the depths of the valley.

As for Yudhisthira, he did enter heaven as he did not have any vice.

Well, this is just one theory about the aftermath of the Mahabharat War out of the million ones out there. But, it does sound amusing, doesn’t it?

Not all those intelligent are smart and not all smart people are intelligent. Knowledge is important, but sometimes pretending to know might do the...
Read more

Give Your Boring Platter An Interesting Twist

Your body is an incredibly complex machine. There are still plenty of secrets regarding how some parts work, and research into these things is...
Read more
Previous article
The Mandela Effect: Nelson Mandela’s ‘Death’ In 1980s Gave Rise To A New Phenomenon!
Next article
An International Museum of Toilets That Will Steal Your Breath Away!

Do You Know About The Door To Hell?