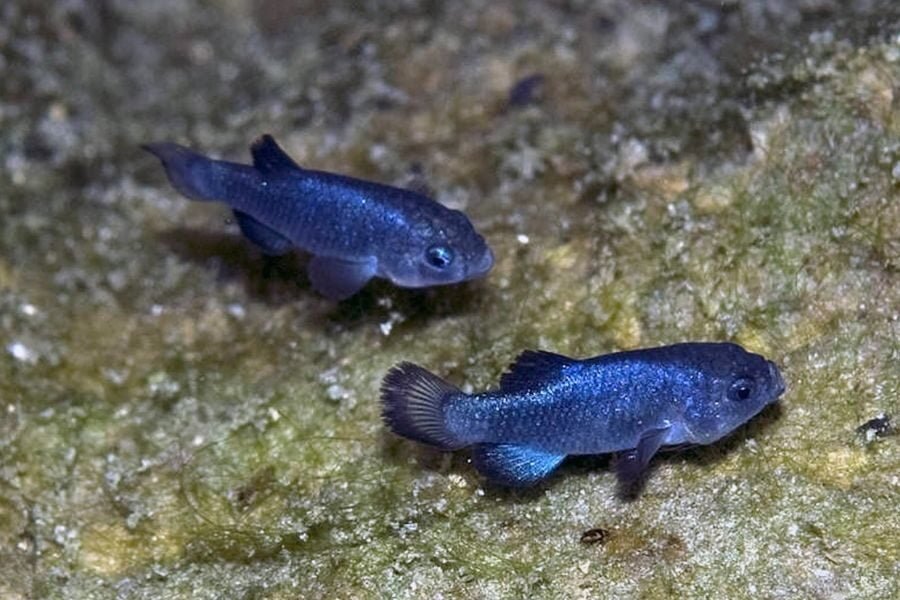 According to the International Union for Conservation of Nature (IUCN) Red List of Threatened Species, Devil’s Hole Pupfish is one of the most critically endangered species, found in 1964. There are many animals, birds, and fish that are extinct in today’s world. According to the IUCN Red List of 41,415 species, 16,306 are endangered species (animals and plants included).

The endangered species include one in eight birds, one in four mammals, one-third of all amphibians and 70% of estimated plants. The number in a total of extinction has reached 785, and 65 are found in captivity. Due to human activities over the last 500 years, 800 species have been forced into extinction. It’s difficult for scientists to be precise about most endangered-disappearing species as they haven’t been identified.

Wales and George S. Myers had collected the Devils Hole pupfish’s holotype in March 1930 from Devils Hole in the U.S. state of Nevada. It was reported as a new species by American ichthyologist Joseph H. Wales. The name “diabolis” was suggested because of the type of locality of Devils Hole. Devils Hole formed approximately 60,000 years ago, while the scientists assume that the Pupfish existed in isolations for 10,000-20,000 years. It is believed that they arrived via subterranean water or over drylands, but the scientists aren’t sure about it.

Devils Hole, with some researchers assuming the Devils Hole Pupfish has existed in isolation for 10,000–20,000 years. How it colonized Devils Hole is unknown; the thesis includes its arrival via subterranean waters or over dry land. Native Americans used pupfish species as food. Hence it’s thought that they introduced the Pupfish to Devils Hole, intentionally or not. It’s different from a common ancestor with C. nevadensis mionectes.

These two studies are based on individualistic genetic datasets, calculated that this species may have first conquered the hole within the past 1,000 years. Still, another proposed the species is as old as 60,000 years. These guesses depend upon the knowledge of the modification rate in this species, which is unknown but is predicted to be one of the highest for any vertebrate due to its small population size.

Devils Hole Pupfish is the smallest species with lengths up to 30 mm (1.2 in) in the group Cyprinodon, whereas the average length goes up to 23 mm (0.9 in). The species can be discriminated by colour, wherein Males are dark brown and have metallic blue on their sides, and have fins with a black margin and a golden iridescence at the back. Iridescence is seen on the gill covers with a violet sheen on their rare side. They have a blue iris.

Females and young ones are more yellow and have yellowish-brown backs than males. Their margins are of pectoral and caudal fins, which are yellow. Just like the males, the dorsal fin has a black margin, however. Their opercles are metallic green, and their eyes are tinted metallic blue. The young are overall coloured as the females, though they have a faint vertical bar on their sides.

Individuals lack pelvic fins, while its dorsal fin has twelve and pectoral fin has seventeen rays. The caudal fin appears like a convex with twenty-eight rays, curving outward at the margin. Its lateral series is twenty-seven scales, which are toothed, on the outer margin.

These Devils Hole Pupfish consume all the food resources present in the Devils Hole, consisting of inorganic particulate matter, algae, spirogyra and diatoms; freshwater crustaceans and ostracods; protozoa; the beetle; flatworm; freshwater snails. The consumption of food occurs seasonally. As most of the spirogyra was found undigested, scientists figured out it was the least essential food resource. The inorganic particulate matter was considered to be consumed accidentally as it resulted in fish’s foraging strategy of bottom-feeding and surface feeding.

Spawning of the Devils Hole Pupfish occurs from mid-Feb to mid-May, with a smaller peak from July to September. Due to earthquakes, sometimes spawning can occur off-season. When spawning appears due to disturbance, many males try to chase females alone until they become responsive and allow them to swim beside her. As soon as the females lay eggs, males immediately fertilize them.

The female Devils Hole Pupfish have a low fertility rate, and they can produce only four to five mature egg cells each breeding season. These mature egg cells (ova) represent 10%-20% of the total number of ova produced. It is said that during each spawn, an adult female only makes one single cell which is 1 mm in diameter. They have a low hacking rate, and also juveniles have a low survival rate. Individuals survive up to 10-14 months. Devils Hole Pupfish are seen less at the shelf when there is direct incoming sunlight, while if there is very little direct sunlight, then the number of fishes on the shelf increases.

Devils Hole is located in the Amargosa Desert ecosystem and is considered one of the hottest deserts. The Amargosa River is a part of the Devils Hole. Devils Hole is a water-filled cavern that extends to a hillside, with a depth of at least 130 m. Devils Hole is the smallest habitat in the world, consisting of an entire population of vertebrates.

The Devils Hole Pupfish are located at a depth of 24 metres and have a less number above 15 m. They are dependent on the shallow spawning and the diet, which consists of diatoms. Natural disturbances like earthquakes and floods can cause a disturbance to their ecosystem and even groundwater depletion due to agriculture irrigation.

According to researches, the annual population fluctuation of the Devils Hole Pupfish depends on the algae available in the shallow shelf, which is dependent upon the sunlight and nutrient level. The nutrients’ availability is at its top when the barn owls use the cave as a roosting or nesting site as their nutrient-rich pellets fall in the water.

The population surveys for the Devils Hole Pupfish started in 1972, using scuba divers to count the number of fish by diving up to 30m, while the researchers above measured the Devils Hole Pupfish on the shallow shelf. The population rate of the Pupfish from 1970 through 1996 was 324 pupfish while 1980, 1990 and 1995 recorded the highest count of Pupfish that was 541-548 individuals.

From 2005 the count has been decreased and below 200 individuals but it keeps fluctuating due to seasons. Low growth of algae and other winter conditions cause spring populations to be 35% -65% of the autumn population. There is a 26%-33% chance of Devils Hole Pupfish going into extinction in the next twenty years, according to a 2014 study.

The divers counted only 84 individuals in the Devils Hole in November 2005, which was equal to the spring’s count, despite observations of egg-laying and juvenile fish during the summer. In 2007 the count was between 38 and 42. There was a sudden rise in the count of the Devils Hole Pupfish, which reached 126 in autumn in 2008, and it’s considered the first steady increase in the past ten years.

Millions of amount have been spent on conserving the Devils Hole Pupfish. There have been constructions many conservation facilities and programmes which have used millions of dollars. Due to the fear of extinction, several measures were taken in the 1960s and 1970s to increase the species. These measures were known as ex situ conservation. They also tried to transplant the fish to nearby natural springs, but the fish disappeared.

Several “refugia” of several concrete tanks with vague conditions like the Devils Hole were made for the survival of the fishes. To one’s surprise, the Hoover Dam Refugium for the Endangered Desert Fish was built in august 1972, holding only 27 Devils Hole Pupfish turned out to be a success as the number of the fishes grew into hundreds over the years with a sex ratio of 3 males per year. There were many such actions taken to ensure the growth of Pupfish.

They also limited the public access to the site with a locked gate after 1956. They also built an artificial shelf in 1970 inside Devils Hole Pupfish, which was actually never used by the fishes. In 2005 there was an increase in the number of larvae born but still, there was a decline in the population of the Pupfish in the following year.

Biologists started supplementing fish food due to the observations of poor health and malnourishment. The National Park Service added a barbed wire on the top of the fences surrounding the Devils Hole and installed motion sensors and video camera in 2016.

How Potato Juice Is Beneficial For Hair Growth?

The love for potatoes has become popular. Apart from tasting good, there is a variety that this vegetable can do. Do you know that...
Read more

Melbet Is The Best Sports Betting App For Phones And Tablets

Download the free Melbet client program to your Android, iOS device. Enjoy all the advantages of a modern program, place bets in the application...
Read more

Planning a wedding is an exciting time. You’ve probably been excitedly chatting about an abundance of ideas you’ve both has since the engagement, and...
Read more
Previous article
Causes And Effects of Nuclear War
Next article
7 Interesting Facts About Sales You Should Know