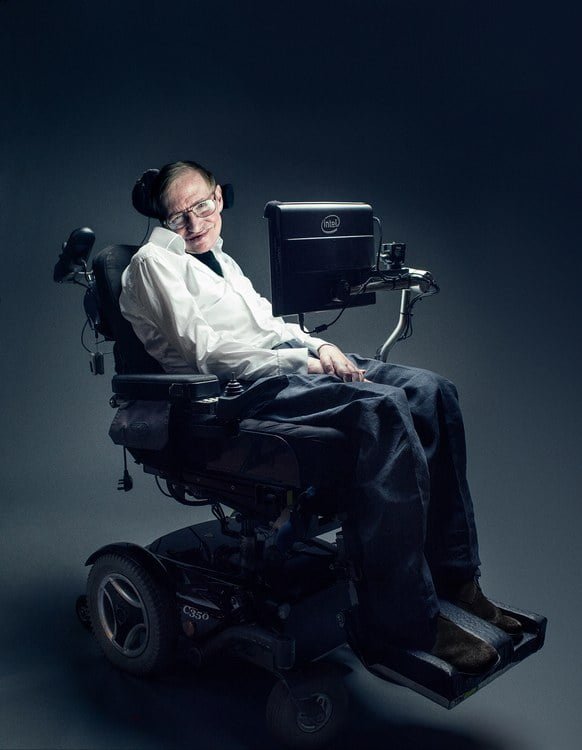 Table of Contents show
1 “I’m not afraid of death, but I’m in no hurry to die. I have so much I want to do first.” – Stephen Hawking
2 “Although there was a cloud hanging over my future, I found, to my surprise, that I was enjoying life in the present more than before. I began to make progress with my research,” he once said.
2.1 Popular Culture
3 “May you keep flying like superman in microgravity.” – NASA

“I’m not afraid of death, but I’m in no hurry to die. I have so much I want to do first.”  – Stephen Hawking

The world of science today lost one of the most glistening stars of its cosmos, better known among us mortals as Stephen Hawking. The 76-year old veteran physicist claimed his path to immense prominence with his glorious contribution to cosmology and the study of time. Through a career that lasted half a century, Hawking has come to symbolize the unbridled and unbounded opportunities that make up the human mind.

Diagnosed with the Motor Neuron Disease at the age of 21, Hawking was told that he’s expected to live for a maximum of 2 more years. With this cloud of death shadowing the rest of his life, Hawking strove to make the best of it and shook the world of cosmology with his ground-breaking discoveries about the black hole and time. His 55 long years’ life, with a disorder that completely wrecked his speech and physique, is just as incredulous as it is inspirational. He strolled to the ends of the cosmos in his wheelchair for all this time, exploring the universe and blessing the mankind with his trailblazing knowledge.

“Although there was a cloud hanging over my future, I found, to my surprise, that I was enjoying life in the present more than before. I began to make progress with my research,” he once said.

Hawking’s biggest claim to fame was his book “A Brief History of Time”. This book remained in the Sunday Times bestsellers list for a record-breaking 237 weeks (more than 5 years!). The physicist wrote this book for people with no or insufficient scientific knowledge. He talks about his theories and the basic concepts of space and time in non-technical terms. With over 10 million copies sold, this book is Hawking’s milestone contribution.

The world of popular culture always welcomed Hawking just as much as the scientific universe. Eddie Redmayne’s Oscar-winning performance in “The Theory of Everything” narrates the triumphs and struggles of his life. He also made several appearances in documentaries, TV shows, and films. From The Simpsons to The Big Bang Theory, the ingenious scientist in Stephen Hawking displayed a uniquely humorous side of him through pop culture.

While most of us know him as a scientist, Hawking was, in fact, an English theoretical physicist and cosmologist. A lesser known fact about him is that he never won a Nobel Prize. Nonetheless, Stephen Hawking is and will always be a most loved ambassador of Science the mankind. His death marks the end of a remarkable era of scientific progress and exploration.

“May you keep flying like superman in microgravity.” – NASA

8,275FansLike
2,100FollowersFollow
220FollowersFollow
Previous articleAre You Aware Of The Meaning Of The Fruit Labels?
Next articleWhat Are The Various Benefits Of Silver?

Learn these Essential Basic Life Support Tips to Save Lives