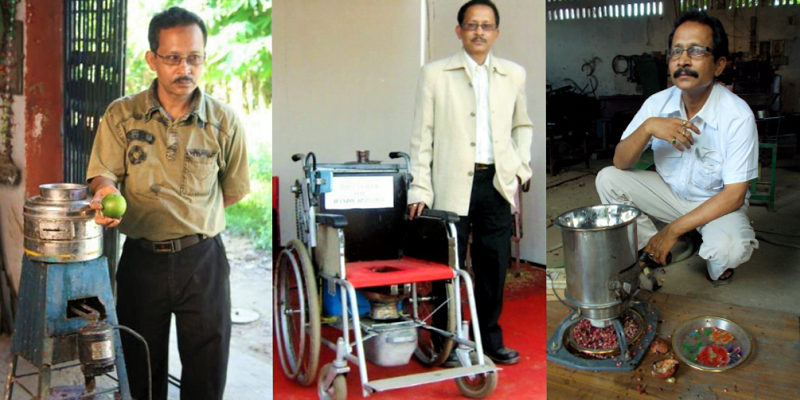 Uddhab Bharali, born on 7 April 1962 is an Indian inventor from Assam. He was always made to stand out of the class for asking difficult questions to the teacher in mathematics. He was double promoted twice, from class I to III, and again class VI to VIII because of his high intelligence level.

He has 2 dreams, one to set up an unconventional orphanage in his hometown which will produce technical experts. Second to have an industrial village with multi-specialty skill development center and a common facility where each person can bring in raw materials and get the intermediate product as per their requirement.

He is the holder of numerous accolades:

Uddhab Bharali has helped many physically challenged persons, with the help of his inventions. He has contributed a lot towards the society.

Innovation should not be to introduce new things but to discover a new and better way of doing things to improve performance.

Spine chilling and keeping one at the edge, horror web series has always been popular among teens and young adults. Ranging from thrills received...
Read more

Matrimony? Yes! Actually this morning as I was struggling to figure out a topic to enlighten people on, almost promptly the title song of...
Read more

Dogs enter our life as goofy company who like belly rubs and chasing after balls. For the majority of owners, they are family members...
Read more

Planning a wedding is an exciting time. You’ve probably been excitedly chatting about an abundance of ideas you’ve both has since the engagement, and...
Read more
Previous article
What Is A.R Rahman’s Original Name? Why Did He change?
Next article
Enjoying Monsoon While Staying Indoors!