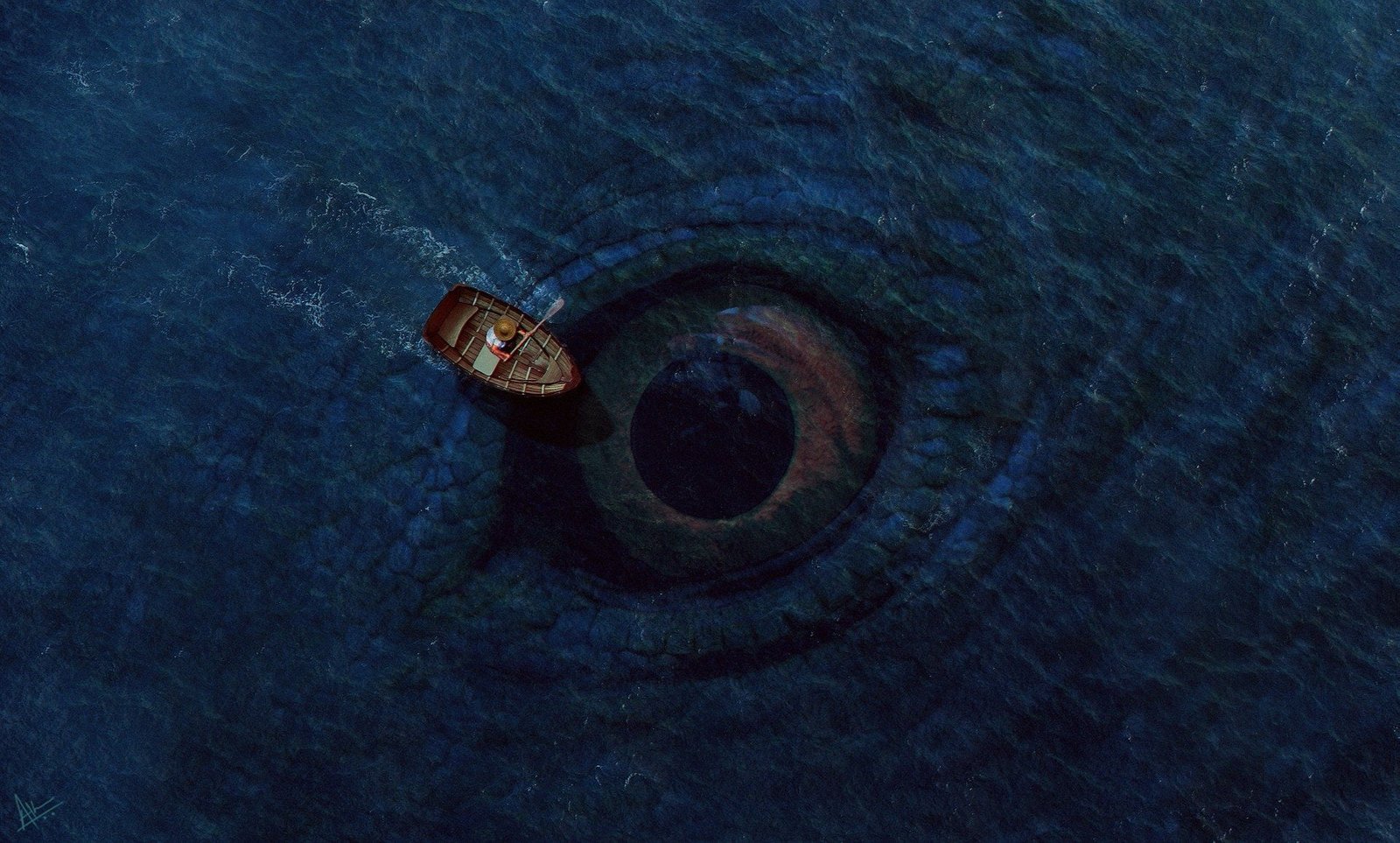 Tales of Scary mythical creatures from around the world have long since circulated. We’ve all grown up listening to stories of how the bogeyman captures small children in his sack or how the Sphinx guards pyramids in Egypt. In every culture, we find a similar description of Creatures. Stories told around campfires, parents tucking their children into bed, Halloween parties or even sleepovers for that matter are incomplete without a touch of something supernatural, something belonging to the unknown. I shall be writing about 6 mythical creatures, stories of whom have originated around the world.

The Kraken is the biggest beast out of them all. It is said to live under the sea, rising only when the weather is warm. Nordic folklore suggests that it is found in the seas of Norway, Iceland up to Greenland. The Kraken had a reputation for drowning ships with its long arms. It would also create whirlpools by swimming around the ship aggressively so as to suck the ship into the depths. The Krakens back was as big as an Island. Many a time’s ships would be stranded upon it only to realize it was not an island. Schools of fish were found on the water above the Kraken, which the fisherman used to their benefit.

A banshee is an Irish fairy whose scream was considered to be a call to death. It was a warning that someone in the family would be dead. The banshee’s wail is a powerful scream that can be heard for miles scaring even the most strong hearted person.

The Kitsune was originated by the Chinese who spoke about nine-tailed foxes called Huli Jing. The Kitsune talks began in Japan in the 8th Century. Their depictions can still be seen in Japanese culture, in the form of statues in the Inari shrine, in their folklore and in the form of artistic depictions. A Kitsune grows one tail every hundred years. In his later years, the red fur on his body begins to turn a beautiful gold color and finally white. By his hundredth birthday, he can begin shapeshifting. They are known to take on human forms usually ones that command respect, such as a beautiful woman or a priest with wisdom. The Kitsune enjoy their freedom and hate being trapped. They can wreak havoc on the person who dares trap them.

The mare originated in Germanic folklore. It is an evil spirit that brings people nightmares or bad dreams by sitting upon their chest when they sleep. The Mare creates feelings of anxiety, oppression, restlessness, and fear in the minds of the sleeper.

The Nøkken originated in Norwegian folklore. It can be found in lakes and ponds where water lilies grow. The more beautiful be the pond, more likely the presence of the creature. It can take on any form it wants depending on the victim it wishes to lure into the water. To lure a woman in It may take on the form of a handsome man playing enchanting music, hypnotizing the woman to walk into her own death. It is known to turn into a white horse attracting small children who climb on for a ride on its back, It then gallops into the water drowning them. Its actual appearance though is far from pretty. It looks like a drowned corpse whose skin is covered in seagrass, it has razor sharp teeth and yellow eyes lurking just above the surface.

The meaning of the word Djinn is ‘the hidden ones’. They originated in Arabic mythology. The Djinns are said to exist in a parallel universe. Even when they do visit the lands of men they prefer to remain hidden in caves or deserts. They have various classifications and their powers are distributed accordingly. The Marids, for example, can conjure anything they want. The Hinn is weaker though. Other types like the Ghul and Palis have found a likeness towards vampirism.

Read also – The Fascinating Tradition of Kumaris: The Living Goddess of Nepal.

Oldest Coins In The WorldAs defined in the Webster Dictionary, a coin is a piece of metal that has been certified by a mark...
Read more

If you are a beginner and want to enter the fantasy world of books, you should start with the books listed below.12 Books To...
Read more

A good backpack will complement your looks. However, other than the design, there are a couple of factors you need to consider, especially when...
Read more
Previous articleAshes Into Diamonds: A Keepsake Worth Million Dollar
Next articleHave You Visited These Cat Islands In Japan?

Why Isn’t It Advisable to Drink Water After Watermelon?

Attention! We Have Decoded The Best Way To Drink Water For You!

Know About The Special Connection Between Canada And Netherlands