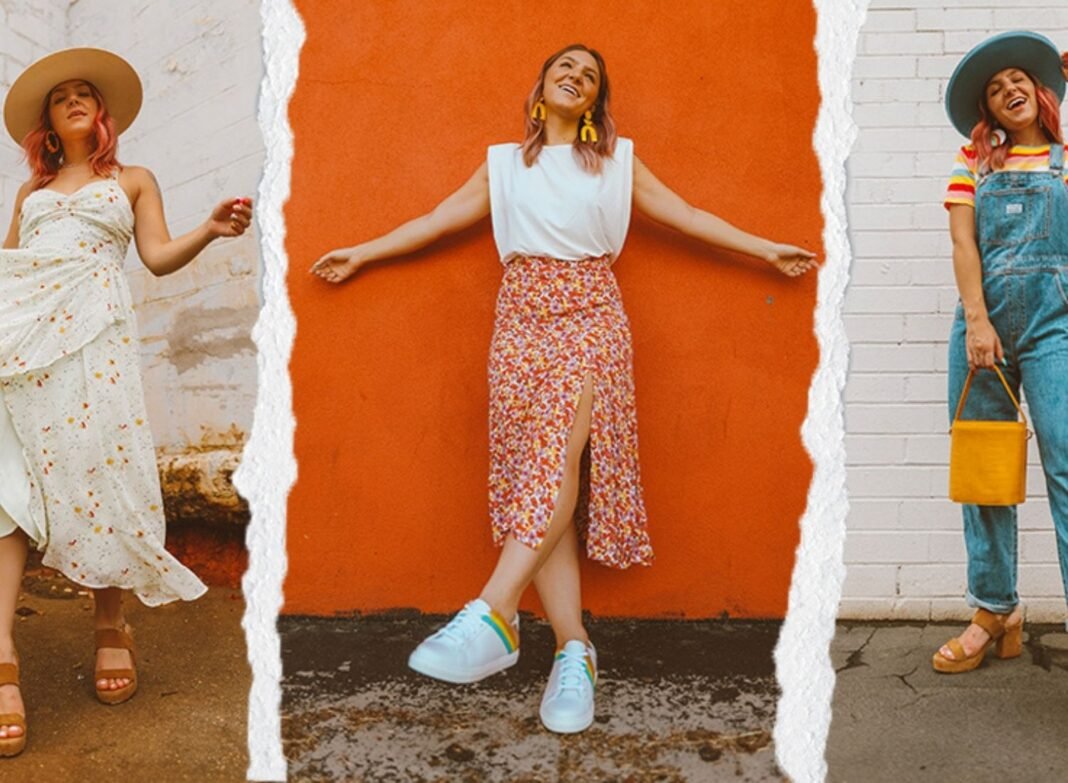 While the world is busy obsessing over fashionistas, our very own fashion icons are reviving the old times of fashion. The 20th-century style is being revived, and the world is saying about it. Here are a few things that we have taken from the 20th century.

These are a must-have. Ruffle sleeves give you elegance and are suitable for almost all occasions. Its origin dates back to the 15th century and is quite popular even today. They go well with most of the bottom wear and defines your body. Ruffles can be worn as formal as well as casual wear.

Even our loved Fringes were introduced in the 1960s, and since then celebrities and fashionistas are wearing it in many forms. Cher became a famous icon for supporting fringes in most of her clothing in the era of 60s. Today also fringes are quite popular, and we can see people carrying a fringed bag or wearing a fringed T-shirt.

The trendy bell bottoms were welcomed into popular fashion by both men and women. The rise of bell bottom started in the 1970s and was produced in various fabrics and styles. Today bell bottoms have revived, and we can see young women going gaga over the bell bottoms.

I know we think that the platforms have originated in the modern times but well. That’s not the truth. The platform shoes trace its origin back to the medieval times when they were designed to help the Royals to cross mud paths and were also used by the GREEK Thespians to increased their height and were outlawed in 1640’s. However, they made a successful comeback by a British Pop Singer group “SPICE GIRLS”. The platforms famous even today in many forms of footwear as they are comfortable than the rest of the heels.

Originally made for basketball players, these Chuck Taylor became a traditional part of the culture back in 1990’s. They are comfortable and are rough and tough not only boys, but even girls flaunted their sneakers even back in 1990 itself. Today, they are a major part of everybody’s life. At least, mine. I love my sneakers as they can be worn with any type of clothing today.

Puffed sleeves were introduced in 1930’s to give the female body its original shape so that the women could flaunt their curves and even create them. We can this sleeves coming back, and the ladies are flaunting them with so much grace. Even the celebrities are supporting puffed sleeves and changing the style statement.

Made popular by Hollywood actress Marilyn Monroe in her movie HOW TO MARRY A MILLIONAIRE in 1953. These glasses instantly became a crisp fashion statement for women of America instead of dire need. Even the ladies of today sport these with utmost sass and every nerdy girl goes for them without a doubt.

The boots were bought in the 1960s by celebrities and women in America stated wearing boots as a fashion statement. Before this, the idea of wearing boots a part of fashion as completely unknown. Even today we can find women wearing boots, be it the climate constraint or simply for high-end fashion boots are evergreen and have passed the testimony of time.

The floral dresses were introduced in 1990’s when the top notch dressing style of 198o’s was given a back seat and the laid back style of clothing was introduced. It was for the first time when people moved out to work in something other than suits, as people longed for comfort and hence these loose fitted clothes came into being and are in fashion even today floral prints are used as both, casual beachy dresses and as formal shirts for formal wear.

Yes, the crop top came into existence in 1940’s but got its original popularity in the 1970s when Actress Catherine Bach played Daisy Duke in her movie DUKE OF HAZARD. She surprised the world with her cut denim shorts and by her plaid crop top exposing her belly for the first time on television! Back then crop tops were a symbol of freedom and the Americans wanted to be a part of this popular trend. However, crop tops are typically still high today and are worn by almost every female to flaunt her sexy tummy.

Interesting isn’t it? What we thought was new is an old phenomenon that we weren’t aware of. However, we draw inspiration in all spheres of life from the history that we are entitled to, then why not in fashion? All these styles would remain evergreen in the history of time and would be followed the way it is being observed today.

Diabetes is a disorder, which is increasing day by day. It is a pandemic disease that means crossing the national boundaries so far.Diabetes is...
Read more

Dance! Any party or celebration is just incomplete without it! ‘Cause we love to move our bodies to the beat. It fills us with...
Read more

All You Need To Know About Hair Transplantation!