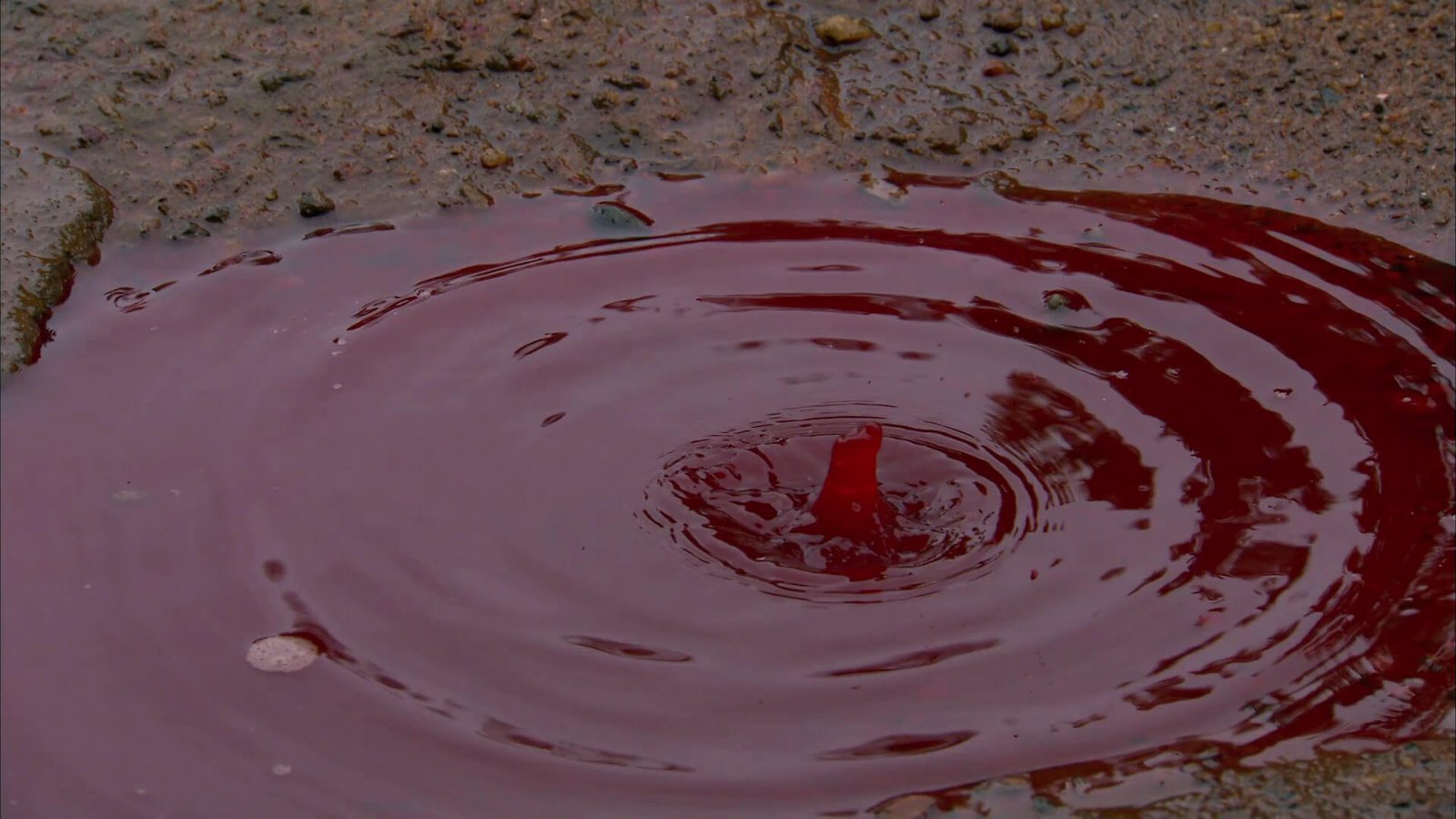 The world often experiences such tormenting events which do not provide any explanatory scientific framework even after immense research works. One such dramatic event is THE BLOOD RAIN or THE RED RAIN in KERALA.

The duration of July 25 to September 23, 2001, experienced the baffling phenomenon of blood rain in Kerala. This bizarre rain dates back to the year 1896. Also, in July 2012, Sri Lanka experienced the same.

Several explanations were put forward, out of which, some were utterly rejected, while others partially accepted. Still, several questions remain unanswered. Some reported a sudden flash of light followed by a loud thunderclap, few days before the red downpour. Surprisingly enough, the rain followed a particular pattern. It usually rained over a much-localised area of about a few kilometres at a time. Moreover, it poured for less than 20 minutes every time.

THE BIG QUESTION: WHY RED RAIN?

The unique colour of the downpour led to some testing by scientists. It was found that 9 million red particles were present per millimetre of rain. After calculations, it was concluded that in the total amount of red rain, about 50,000 kilograms of particles poured along. On analysis, it was found that the particles contained 90% solid matter. And the rest was debris, which was later found out to be spores.

Read also- Scientists Finally Reveal The Mystery Behind The Blood Falls of Antarctica!

Over time, various theories emerged to explain the origin of particles, such as:

Dr. Godfrey Louis and Dr. Santhosh Kumar from Kottayam’s Mahatma Gandhi University gave the boldest explanation of all. They stated that the rain resulted due to the presence of extra-terrestrial life. This was supported by the fact that particles were actually living organisms. Also, the particles could thrive even at a temperature of 300 degree Celsius. Furthermore, they tested and found that these life forms did not contain any DNA. However, Dr. Chandra Wickramasinghe managed to extract DNA from the pores, proving the stated theory to be incorrect. Moreover, he confirmed the presence of elements such as Hydrogen, Potassium, Calcium, Sodium, Iron, Silicon, Oxygen, Carbon, Aluminium, and Phosphorus. Heavy metals such as Nickel, Manganese, Titanium, Chromium, and Copper were also observed.

Many mysteries are yet to be resolved. So, for the time being, we all need to satiate ourselves with the sporadic theory by CESS and TBGRI.

A Village Without Roads Paves The Way For A Heavenly Trip… Fairytales are synonymous with beauty. The surreal surroundings are not only aesthetic, but they...
Read more

Princess Fatemah Khanum, popularly known as Princess Qajar, is considered to be a symbol of Persian beauty even today. However, there are many facts...
Read more

Mukbang and ASMR eating has been the ongoing trend of this "new generation," which is usually on the phone screen, scrolling through social media...
Read more
Previous article
Durian – A Fruit With Deadly Smell And Awesome Taste
Next article
How Good Is This Superfood Avocado For You?

8 Effective Ways to Deal with A Rude Person