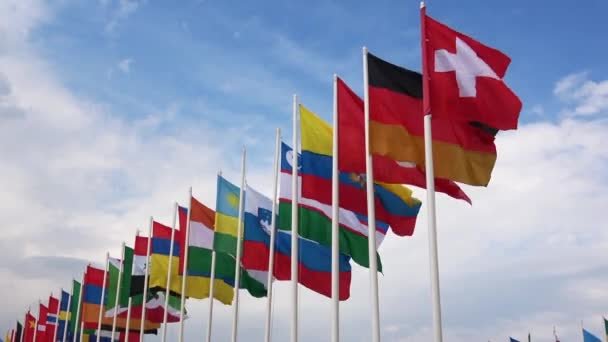 Flags have been around for thousands of years. They have many roles, such as acting like symbols, being a form of communication, but most importantly, being a form of identification. Most of you may think that the actual fabric of the flag was always the main attraction, but that is not true! They started out as intricately carved wooden poles with the cloth just as decoration. Eventually, the fabric was recognised as the main object in the flag, and the wooden pole was just an accessory to hold the fabric up.

The Indian flag is known as the Tiranga or the tricolour. It has three horizontal stripes of equal width. From top to bottom, the colours are India saffron, representing renunciation of material gain, white, representing light and the path to truth, and India green, which represents the connection to the Earth. There is a blue wheel with 24 spokes in the centre known as the Ashoka chakra; it denotes motion and progress. It was adopted on 22 July 1947. Ideally, it is supposed to be made out of khadi, a particular type of hand-spun silk that was popularised by Mahatma Gandhi.

The flag of Denmark is called the Dannebrog. It is a red flag that has a white cross that extends to the edges of the flag. The vertical line of the cross is shifted towards the hoist edge of the flag. This type of cross is known as the ‘Nordic Cross’ or the ‘Scandanavian Cross’, as it is a typical design in the flags of Nordic countries. The cross represents Christianity. The Dannebrog is also the oldest national flag still in use. Legend has it that it fell from the sky on 15 June 1219, the day that King Waldemar II defeated the Estonians in the Battle of Lyndanisse. It was officially certified in 1478.

The flag of the USA is one of the most recognisable flags. It has many nicknames like “Stars and Stripes”, “Star-Spangled Banner”, and “Old Glory”. There is a blue rectangle in the canton that has fifty five-pointed stars arranged in nine horizontal rows. There are thirteen horizontal stripes in alternating red and white colours. The fifty stars represent the fifty states of the USA, and the thirteen stripes represent the original thirteen colonies that gained independence from Great Britain. Initially, the flag had only thirteen stars.

The current flag was designed by Robert G. Heft, a 17-year-old high school student from Ohio. President Dwight D. Eisenhower chose his design out of 1,500 entries in 1958.

Flag of the Vatican

The Vatican is an independent city-state that is present completely inside Rome. It is one of only two sovereign states to have a square flag, with the other being Switzerland. The flag has two equal vertical stripes, the one on the hoist side being yellow or gold and the other being white. The Vatican coat of arms is present on the white side. It consists of two crossed keys of Saint Peter and the Papal Tiara. The keys are gold and silver. This flag is flown in churches around the world alongside the national flag of the country the church is in.

The flag of Nepal is the only non-quadrilateral national flag in the entire world. The shape is officially known as a simplified double-pennon. Actually, all flags of the Indian Subcontinent used to be triangular. Nepal is the only country to have stuck to the 2000-year-old tradition. The crimson colour represents the bravery of the Nepalese people and is also the national colour. The blue border signifies peace and harmony.

The inclusion of the white Sun and moon implies Nepal’s permanence in the hope that the nation will last as long as the Sun and moon. The Nepalese flag can be constructed using a set of intricate geometric directions. These precise directions are present in the Nepalese constitution under Article 5, Schedule 1.

The flag of Bhutan is elaborately designed. It is divided diagonally from the bottom corner of the hoist edge to the top corner of the fly edge. The top triangle is yellow, and the bottom triangle is orange. In the centre is a white dragon called the Druk that holds four jewels in its claws. The Druk is the Thunder Dragon from Bhutanese mythology based on the Drukpa Lineage. Mayum Choying Wangmo Dorji designed the original flag in 1947 displaying a green Druk. It was changed to white in 1949. The yellow symbolises civil tradition, while the orange represents Buddhist spiritual traditions.

The Druk represents the equality of these two traditions, with white signifying purity and the jewels depict the wealth of the people of Bhutan.

The Croatian flag is known as the Trobojnica. It has three horizontal stripes of equal width, of red, white, and blue. In the middle is the Croatian court of arms. It has a shield with a red and white checkerboard pattern with a crown made up of smaller shields on top. These five small shields depict the five Croatian regions. From left to right, the regions are- Croatia, Dubrovnik, Dalmatia, Istria, and Slavonia. The colours of the flag are most notably associated with romantic nationalism.

The flag of Kenya is known as the Bendera ya Kenya. It has a significant meaning, telling the story of how Kenya gained independence from colonial rule. It is based on the flag of the Kenya African National Union, the political party that led the fight for freedom. The black stripe at the top represents the citizens of Kenya, the red stripe in the middle symbolises the bloodshed in the war against colonialism, and the green stripe at the bottom represents the country’s natural wealth.

The white lines in the middle signify peace. There is a Masai shield and two crossed spears in the centre of the flag. This depicts the defence of the freedom of the nation.

Flag of the Isle of Man

The flag of the Isle of Man has a plain red background with a triskelion in the centre. A triskelion refers to a design of a triple spiral with rotational symmetry. The triskelion has three armoured legs with golden spurs. In Manx, the official language of the Isle, the three legs are known as ny tree cassyn. This flag was adopted in 1932. The origins of the symbol are unknown.

We only know a few benefits and uses of beer, which related only with drinking, but have ever thought that beer can have other...
Read more

You may have come across a lot of magnificent forts but have you ever thought about a castle of murder? Yeah! That is true....
Read more

If there is one accessory that you can never have too many of, it's sunglasses. From aviators to round sunglasses, there are just too...
Read more

The reason behind abusing drugs may vary for many people. For example, some teens start abusing drugs under peer pressure at a very young...
Read more
Previous articleGetting The Best Hair Extensions: Five Ways To Find A Reliable Vendor
Next article7 Fascinating Birthday Traditions from All Around the World

Your Travel Guide To An Impeccable Island, Antigua and Barbuda