Interesting Facts Behind The Themes Of Flags Around The World 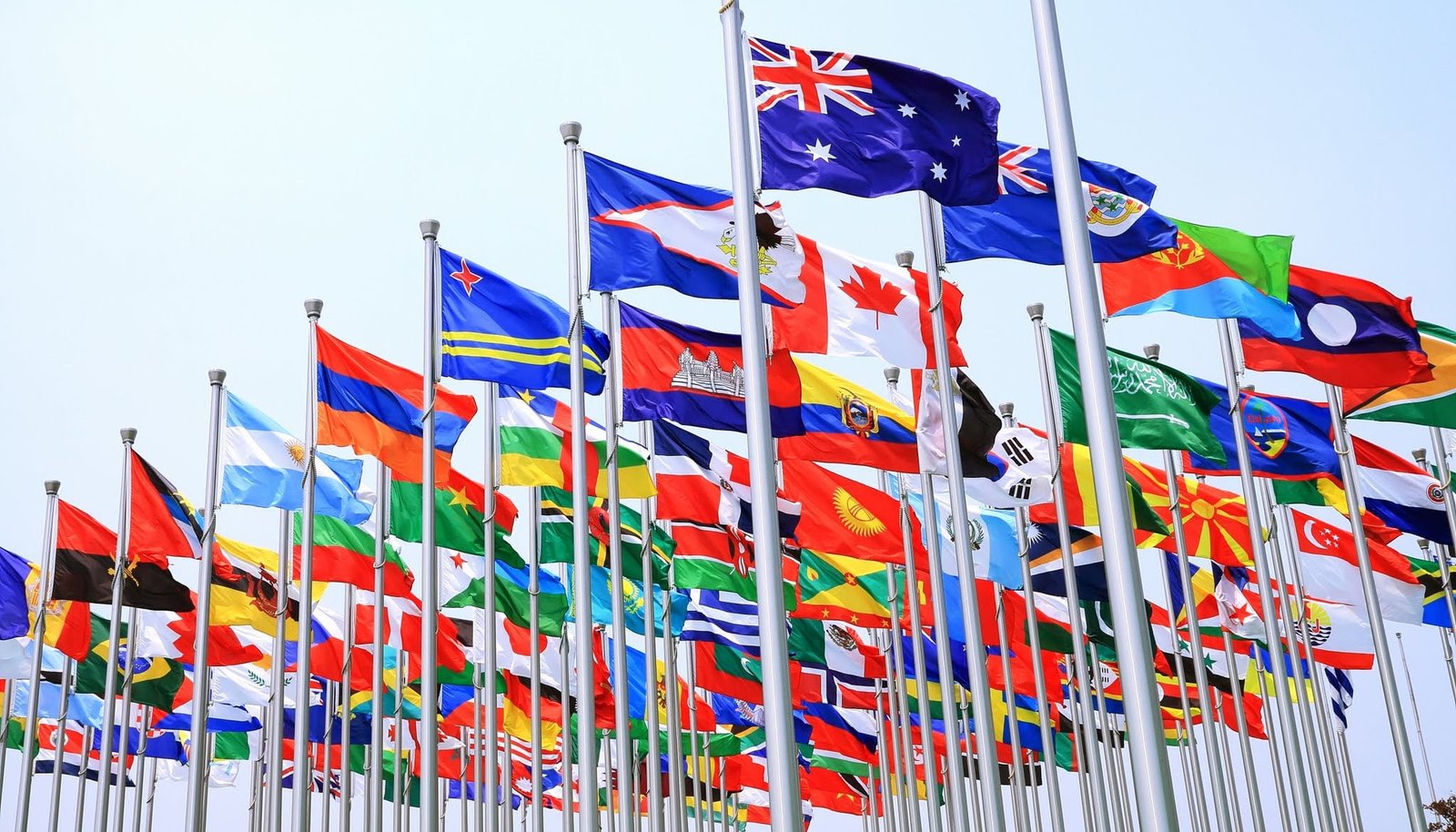 2. The USA – The Stars and Stripes

There have been 28 incarnations of the famous ‘stars and stripes’ since 1775, each with a different number of stars and stripes. Today’s version has been in use since Independence Day 1960 and consists of 13 horizontal stripes representing the thirteen colonies that declared independence to become the first states of the Union, and 50 stars representing the 50 current states of the USA.

The white of the French flags around the world represents the King and is also the traditional color of the House of Bourbon who rules France until the French Revolution. The red and blue represents the city of Paris; these were the colors of the revolutionaries who stormed the Bastille in 1789.

The famous Maple Leaf flag has only been among Canada’s official flags all around the world since 1965, following serious national debate Sparked by then Prime Minister Lester B. Pearson. The iconic 11 point maple leaf flag is so synonymous with Canada that it has its own ‘National Flag of Canada Day’ every February.

The German association with the colors black, red and yellow dates back as far as 1840, when the Frankfurt Parliament black- red and gold as the official colors of Germany. The colors are said to represent democracy and the current form is introduced following Germany’s reunification in 1990.

The red represents the communist revolution in China, while the five stars and their relationship represent the unity of the Chinese people under the leadership of Communists Party of China (CPC). The orientation of the stars represents unity around a greater good.

7. Greece- The Blue and White

The meaning behind the nine stripes is supposed to represent the nine syllables of the phrase “Freedom or Death”, while the white cross in the top left corner symbolizes Eastern Orthodox Christianity, the established religion of Greece.

10 Ways How To Prepare For Competitive Exams

“Oh my God! Exams are around the corner and, I’ve got so much to go through. God, please help me pass this exam.” Sounds...
Read more

The Divine Protector Of Indian Soldiers At The Indian-Pak BorderWhen Indians claim their faith in God, the opposite side screams their lungs out to...
Read more

A good backpack will complement your looks. However, other than the design, there are a couple of factors you need to consider, especially when...
Read more
Previous articleMiraculous Effects And Health Benefits Of Herbal Tea
Next articleScience Behind Different Types And Shades Of Tinted Sunglasses

Does Blue Food Kill Your Appetite? Find Out Now!