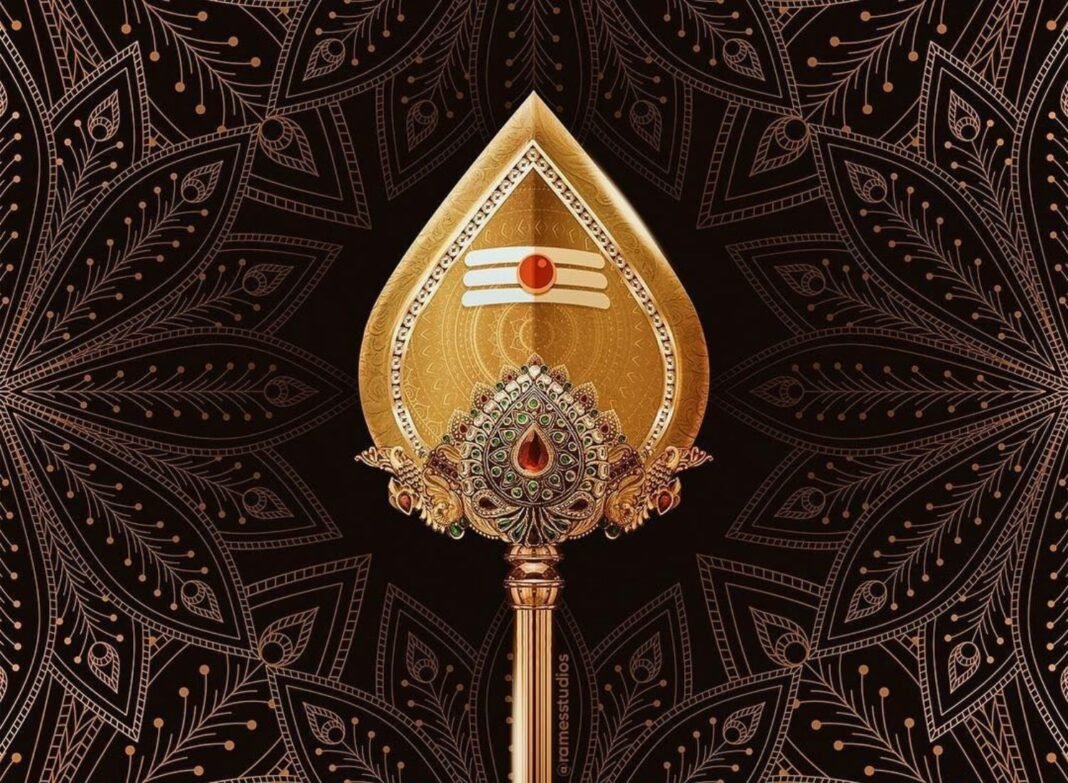 In Hindu mythology, every god has a weapon or an item with excellent symbolic and metaphorical references. For instance, Lord Shiva is seen with a ‘Damru’ that signifies infinity. He is also seen with the ‘Trishul’ which stands for the three Gunas prescribed in the Dharma.

We will talk about Lord Karthikeyan’s weapon, the ‘Vel weapon‘, and the exciting story behind it.

Table of Contents show
How was this Vel weapon made?
Origin of the Vel Weapon
Importance of Vel Weapon in the Indian Mythology
The popularity of Vel amongst the devotees of Lord Karthikeyan:
Understanding the Vedas

How was this Vel weapon made?

The origin, formation, and the need for this Vel weapon represent a critical Hindu mythology incident. Its source of creation and story makes it so crucial for Lord Karthikeyan and his worshippers.

Origin of the Vel Weapon

The legend says that Goddess Parvati accompanied her son to the war against the Asuras Surapadman. Surapadman was creating havoc with his boon of immortality provided by lord Shiva himself.

During the war, Surapadman transformed himself into a mango tree, and the Vel split him into halves. One-half became a Rooster, and the other half became a Peacock, which became the mount (vahana) of the Lord Karthikeyan.

Importance of Vel Weapon in the Indian M

Historically, the Vel has been the weapon used by the Tamils during warfare. And Lord Karthikeyan is famously known as Lord Murugan by Tamils.

The war cries “Vetri Vel” “Veera Vel” which means “Victorious Vel” and “Brave Vel” in Tamilian. Vel, in English, also means “to win” or “to conquer”. It suitably signifies the actual meaning of this weapon.

They believe that the Vel is powerful to kill all harmful forces. Due to the presence of certain powerful elements in its constitution, the Vel is regarded as one of the most powerful weapons in the context of the Indian Mythology.

The popularity of Vel amongst the devotees of Lord Karthikeyan:

The Vel is made up of 5 metals being silver, gold, lead, copper, and iron. These five elements can absorb all negativity, bringing positive vibes into the house. It is one of the main reasons why it is prevalent in many South Indian homes, especially ardent Karthikeyan devotees.

The appearance of Lord Karthikeyan’s weapon is as impressive as the story behind the Vel. As we can see, the Vel’s appearance has an overall shape that becomes pointed at the tip. It signifies the depth of knowledge and our broadness of thought. The pointed tip means how sharply and skilfully we should use our knowledge.

It is essential to understand that in the Vedas, it is not out of imagination how the Hindu gods have been projected. But, there are appearances, features, and characteristics with a symbolic significance that we should grasp. It is what makes any religion, for that matter of fact, rational.

Religion was a way to keep people morally upright and had a disciplined mode of doing routine work. But since all could not understand these explanations, the outer surface of it was taught and preached.

Thus, in a way, they were made to follow the rituals without going deep into the explanation part. Now that we have a clearer understanding of what is done and why it is done, we should also understand these rituals’ cultural significance.

Gandhiji believed that “Future of India lays in the hands of its villages”, Rural India is a backbone of the country. This will be...
Read more

“The world is big and I want to have a good look at it before it gets darker.” - John Muir   Truly quoted by Sir John,...
Read more

With the Federal Solar Tax credit set to expire in a couple of years, you may think that now is the right time to...
Read more

One of the most significant factors that can be an indicator of overall health is your diet. What foods do you consume regularly and...
Read more
Previous article
Why Women Celebrate International Women’s Day!
Next article
How Holi is celebrated in different parts of India?