Have A Glance At The Meaning Of The White Wedding Dress 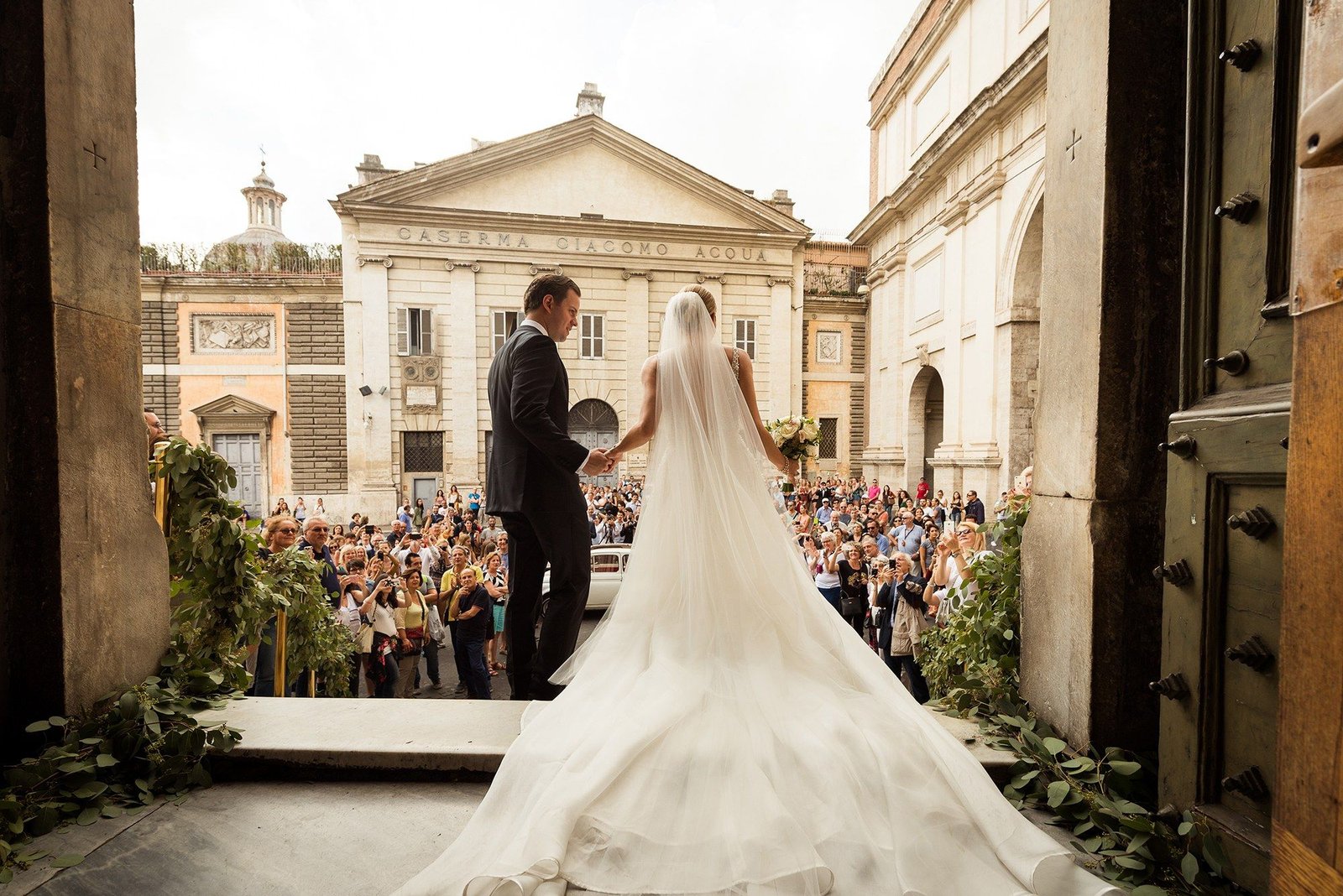 The wedding is that mesmerizing moment of life which changes everything. But for a bride, it is more than just a life-changing moment. Especially, when it comes to her outfit, a perfect wedding dress is a dream for every bride to be. But have you ever considered why more than half of the bride around the world wear the white wedding dress? After the marriage of Queen Victoria, the white color became vital in the wedding dress.

Table of Contents show
Existence of white in a wedding dress
Queen’s choice to wear a white dress
Before white wedding dress
Read On- Indian Wedding Traditions: Here Are The Origin, History And Current Trends Of A Big Fat Indian Wedding!
Image source

Existence of white in a wedding dress

Under the rule of Queen Victoria, there were tremendous changes that are still followed from history to present. One such tradition started by Queen Victoria was the western wedding dress. On her marriage to Prince Albert in 1840, she chose to wear a white wedding dress. This wedding dress brought a storm of new wedding fashion in England.

Queen Victoria was proud of the country and, therefore, represented her Englishness in her outfit. The beautiful gown was made of white satin and white lace. The white cloth, as well as, the lace were both handcrafted by British. She used both in her dress to represent her English love. Apart from this, white color was also the sign of luxury and aristocracy.

Until the Queen used white color, there was an entirely contrasting belief for “white”. Before 1840, white color was considered as inappropriate no matter what status the family had in society. White was considered the color of impracticality when used in the wedding. Before the color was used in wedding, brides use to wear more “practical” colors. Usually, red was the standard color to be worn. Apart from it, wedding dress would include blue, black, yellow and other such colors with brocade work.

Remember the dress of Kate Middleton, Kim Kardashian, and other iconic wedding dress. These are being possible because of Queen Victoria and her idea to portray her love for western handcrafts.

Nowadays, jeans to us mean “a pair of long pants.” It is a type of garment made from denim or dungaree cloth. Jacob W...
Read more

Obsessive-Compulsive Disorder (OCD) is a mental health disorder. To begin with, it is a frequently occurring, chronic and long-lasting disorder. Moreover, it is characterized...
Read more

Psychological or mental health disorders are common across India. According to facts, in 2017, mental illnesses of various severity impacted one in seven Indians....
Read more

Sex chat with strangers can be an exciting and interesting experience. It's a great way to explore your fantasies, broaden your knowledge, and learn...
Read more
Previous article
5 Genius Inventions By Japanese People
Next article
All That You Would Want To Know About The Mysteries Of Nidhivan

8 Tips To Overcome Social Shyness At A Party

Professional vs. DIY Suspension: What You Should Know?