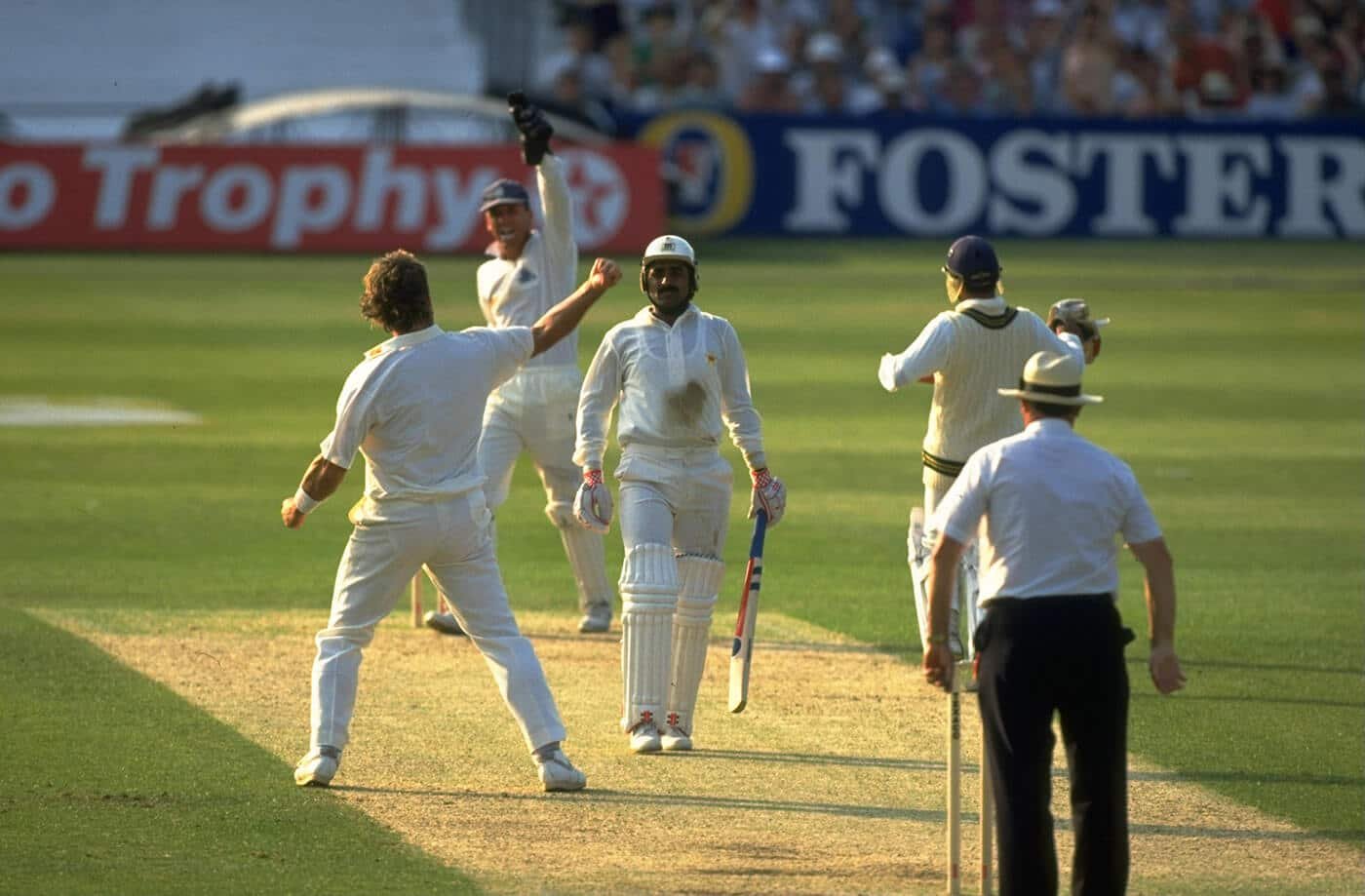 Kiran Shankar More is a former wicketkeeper of the Indian Cricket Team. His playing career spanned from 1984 to 1993. After his successful stint as a cricketer, he was the Chairman of the Selection Committee of the BCCI. He was not much involved in on-the-field spats, but one incident is etched in the minds of cricket-lovers – his ‘tu-tu, main-main’ with Javed Miandad.

Mohammad Javed Miandad is a former Pakistani cricketer known for his unique batting skills. He instilled fear in every Indian with his last ball six off Chetan Sharma at Sharjah in 1986. Being physically eloquent, Miandad was involved in quarrels throughout his career.

March 4, 1992, Sydney. India vs. Pakistan in the Benson and Hedges World Cup in the Antipodes. It was the first time the two neighboring countries had met in a World Cup match. India had set up 216-7 on the board.

During Pakistan’s innings, the score hovered over 85-2 by the 25th over. Miandad was trying his best to increase the run-rate. Knowing the importance of Miandad’s wicket, More adopted his notorious tactic of breaking the batsman’s concentration by raucously praising the bowler. He kept applauding the bowler, even if it was a bad ball!

More was quickly getting on Miandad’s nerves. He jumped and made unnecessary appeals for Miandad’s dismissal. While Tendulkar was running in to bowl, Miandad moved out of the crease, turned towards More and exchanged a few heated words. He even complained to the umpire, David Shepherd, by pointing towards the keeper.

The umpire urged the players to continue with the game. In the next ball, Miandad tried to snatch a single. However, he returned to his crease just in time to beat the throw. More whisked the bails in spite of knowing that a run-out was impossible. This did not go well with the batsman.

The Giant Leap For Cricket

This time, Miandad decided to teach More a lesson or two. The batsman moved out of the crease. To everybody’s astonishment, holding the bat in both hands, Miandad made three frog jumps back into the crease. This was his alleged attempt to mimic More’s animated appeals!

What is more interesting? – That morning, Miandad had been taken to a hospital as he complained of weakness and stomach pain!

Such behaviour, from both the cricketers, surprisingly did not attract any punishment! Why? Because, both the players were arguing in Hindi – a foreign language to both the umpires, Shepherd and Peter McConnell, as well as the match referee, Ted Wykes.

“One of the big problems with the whole incident was that no one spoke in English,” said Wykes.

According to Sunil Gavaskar, “You did not have to be a lip-reader to understand the words that were being used and it would be a pity if young people watching it thought that cricket is always played this way. It is not.”

The then Pakistan captain, Imran Khan, described the incident as, “A bit of clowning”.

But the best comment award goes to David Gower, who presented Sachin Tendulkar with the Man of the Match award for his unbeaten 54. He said, “I first thought of giving the award to Miandad or More, or both jointly! But it had to go to Tendulkar.”

Prescription drug abuse is at an all-time high in the United States. The most commonly abused class of drugs is pain relievers, and abuse...
Read more

The beautiful state stretches along the Malabar coast. The coastal state is also called the “Gods Own Country” and “The Land of Coconuts Trees”....
Read more

The ones you dream about, also dream about you.   Men and animals are alike in some ways. The mental make-up and senses of animals have...
Read more

Mukbang and ASMR eating has been the ongoing trend of this "new generation," which is usually on the phone screen, scrolling through social media...
Read more
Previous article
Ninjas and Geishas – The Truth Behind Japanese Cultural Icons
Next article
Catching Up With The Legend Of The Dream Catchers!

These Drinks help you to Detox from Festive Excesses!