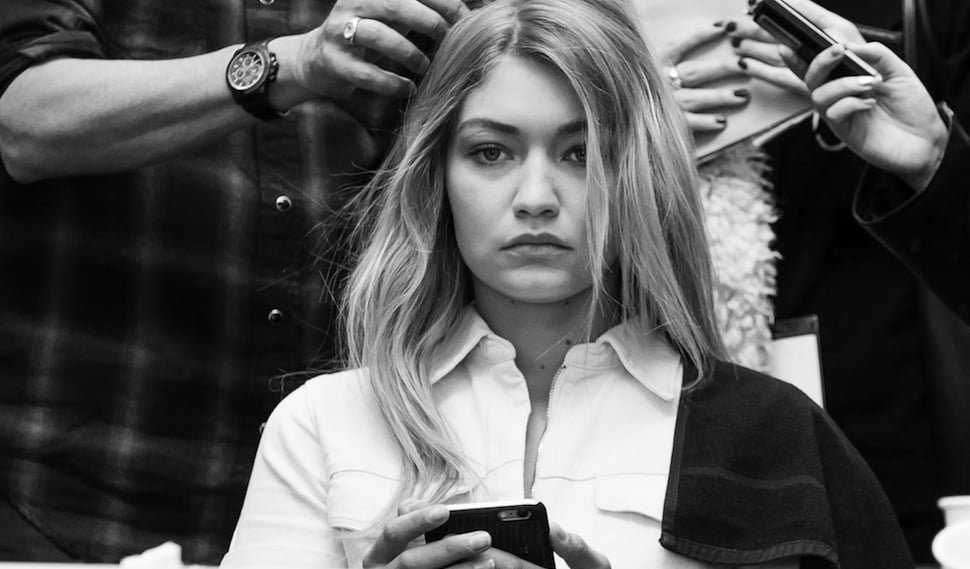 We often wonder how models get the perfect body they have. Well, the answer might shock you. Most models suffer from anorexia (eating disorder). Also, it has been found that models eat cotton balls to stay skinny. Sometimes they are told to only drink water 24 hours a day to maintain their weight. Their diets also consist of a number of laxatives and cigarettes.

A life model may sound glamorous but, it is not! Modeling can be emotionally exhausting. Cara Delevingne 23-year old supermodel once told The Times, about the toll her modeling career had on her as she said, “I wanted the world to swallow me up, and nothing seemed better to me than death.” Modeling industry puts a lot of pressure on young women, and most of them leave their homes for the first time and are unprepared for the harshness of the industry. Data has shown that nearly 70% models suffer from anxiety and depression.

Modeling career is very short lived. The modelling industry is always in need of young and fresh faces. Also, many models are not seen on the ramp for more than two-three seasons.

One would think that with the glam also comes the money. Well, the industries don’t think so. The workload of a model is very high, but they earn very little. The models recruited from other countries have it worse. With the expense of visa, flights, and tests, they go deep in debt. The salary of young runway models does nearly seventy shows and earn $250 an hour.

Modeling starts at a very young age of nearly 16 years. In some countries like America, it is not allowed for the industry to recruit models below the age of 16, but they do anyway. Thairine Gracia was 14 when she started to model. These industries are mostly self-regulated hence not much is done against them.

Agencies exploit their models in many different ways. Many of these agencies invade and take control over the lives of the models, as in who they are dating and who they should be dating. Some agencies never pay the actual amount of money that is to be paid to the models and when they ask for transparency and their actual wages they are punished.

The reason this is a separate point from exploitation is that of the frequency of it. In the year 2008, fashion designer Anand Jon was guilty of rape and assaults on young models of age 14-21. Also, many photographers including Terry Richardson pressure their models to pose nude during the photoshoots.

Modeling is not exactly glamorous

Models all around the have to work in conditions no one wants to imagine. Models have to work for very long hours, they don’t get breaks, food. These things can’t be reported as they are a part of being a model. The pampering session slowly gets irritating. The skin is regularly covered with thick makeup and hairspray are used to keep the style intact, they might look good for the time being but it deteriorates their quality slowly. Also, many models are pressured by their agents to opt for plastic surgery which has many side effects.

I am a student at Shiv Nadar University, I love reading. Writing is my passion.