Everything You Need To Know About a $75 Million Cake 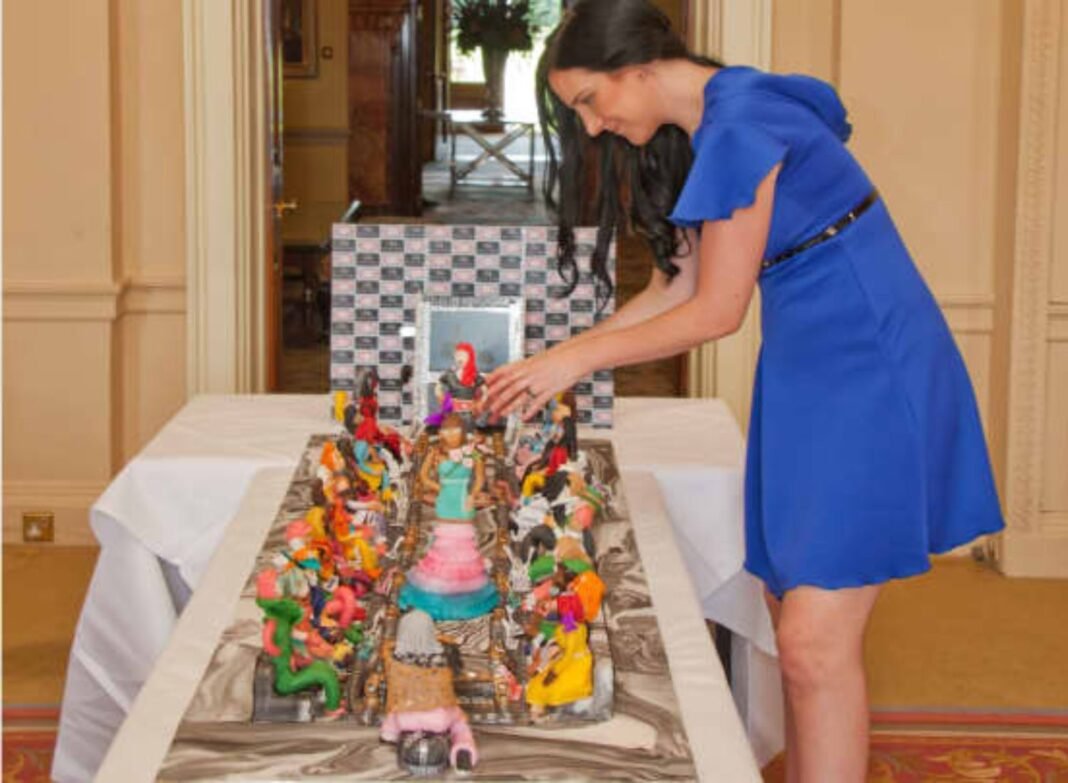 A cake loaded with diamonds? This $75 Million cake just smashed the records of luxury cakes ever created. This luxury cake was purchased by an unnamed buyer in the United Arab Emirates. He was looking for a unique cake for his daughter’s joint birthday and engagement party. He never thought that it will turn out to be something so big. What? $75 million! You definitely are converting so let me tell you it turns out to be 5,11,46,25,000.00 Indian Rupee. Now, this is something exceptionally expensive.

Table of Contents show
Other luxury cakes.
Who designed it?
Why $75 Million?
Flavour?

I’ve had heard about twelve tiered cake ($40,000). How can I forget The $80,000 Royal Wedding cake?  National gay wedding cake that was for 52 million dollars . $1.3 million diamond cake which was filled with foam and not edible, but $75 million cake?

This cake was designed by Debbie Wingham. She is one of the most expensive designers. Debbie Wingham started her fashion career at the age of 13.Debbie Wingham attracted worldwide media coverage and was the talk of Hollywood, with the launch of the world’s most expensive black diamond dress and subsequent World Tour. This creation inspired Debbie to start a new business venture.

Its a 6-foot long fashion runway with models wearing fashionable clothes and are edible. It weighs 1000 pounds. The fondant alone weighs 250 pounds. It took 1,100 hours to make the cake since all edible figures were handcrafted by Debbie. It costs this much because it is loaded with gemstones and multi-colored diamonds worth more than $45 million. The cake has 4000 diamonds including a 6.4-carat yellow diamond, 5.2-carat pink diamond,15 five-carat white diamonds. These 17 stones were worth more than $45 million. The runway had 400 one-carat and 73 three-carat white diamonds, along with 75 three-carat black diamonds.

“These diamonds were owned by the family already who had commissioned me to make the cake,” Wingham told ABC News. The stones were gifted to the daughter by the family and were part of a private collection. So although the cake was worth 74 million US dollars, that’s not what I was paid for the cake.

The front-row colorful seating of the cake was done in Madagascan vanilla bean with mascarpone cream and strawberry conserve. The runway was done in triple Belgium chocolate with chocolate ganache and chocolate truffle cream.

Do you think it was worth it?

We’ve all read stories about fictional superheroes jeopardizing their lives to save the day. But reading about a hero who saved hundreds of innocent...
Read more

CBD oil has gained a lot of attention recently. It is considered a natural remedy for various ailments. Better known as cannabidiol, it is...
Read more

In a world where urbanization and consumerism have engulfed all sections of society, villages and towns have been transformed into concrete jungles. The indigenous...
Read more

For many horse racing fans, the only time that we are likely to watch the equine stars in action throughout their career is when...
Read more
Previous articleBizarre Marriage Customs from Around the World
Next articleHiccups: Why Do We Get Them? How to Get rid of it?

5 Weird Facts About Grease The Movie

Why Do Dogs Love Their Belly Rubs?