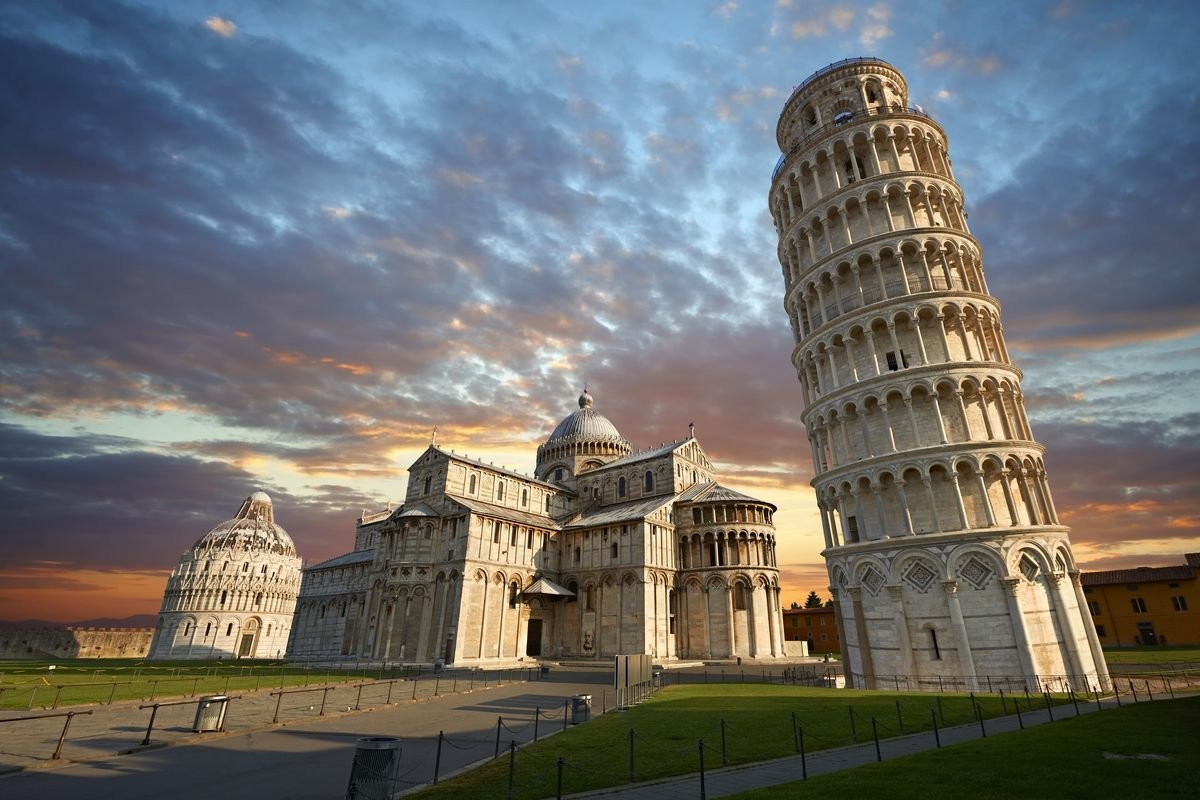 Table of Contents show
Why The Leaning Tower Of Pisa Is Leaning
It was constructed with white marble to stand tall at a height of 185 feet (56 meters).
In 1272, after the war ended, engineer Giovanni di Simone initiated the reconstruction.
In 1987, it was declared as UNESCO World Heritage Site.
image source

Why The Leaning Tower Of Pisa Is Leaning

The Leaning Tower of Pisa or ‘Torre pendente di Pisa’ as known in Italian is a marvelous structure that has made it to the bucket list of a bulk of travelers.

And why not? This building has survived a lot by the skin of the teeth.

The Italian sculptor Bonanno Pisano was the man who designed the Leaning Tower of Pisa in 1173. It was constructed to be the Bell Tower to the Cathedral of Pisa.

It was constructed with white marble to stand tall at a height of 185 feet (56 meters).

But what they forgot to consider was that the land on which it was built was not dense enough to support the weight of this astounding building. The foundation was laid on just sand, seashells and some soft clay.

The Tower stood completely erect for 5 years. However, after the completion of the 3rd floor, the tower started to tilt on one side.

The Government panicked, thinking that the building would collapse. But, the attention shifted towards resolving the war between Italian city-states.

The construction was stopped for nearly a 100 years. The only good thing that the war brought about was that it helped to stabilize the tower by causing the soil to settle.

In 1272, after the war ended, engineer Giovanni di Simone initiated the reconstruction.

Four more floors were to be added. He tried to make up for the tilt by making one side of the upper floors more taller than the other side. However, the extra weight of the laborers made the tower tilt even more.

Tthe construction was stopped for a second time during the Battle of Meloria in 1284.

Later, the construction started again. Two spiral staircases were built on the inside, leading up to the bell chambers. Seven bells were installed, with the largest one weighing more than 3,600 kgs.

During World War II, after Americans invaded Italy, orders were released to sabotage all major buildings in fear of snipers using the buildings as a spot to hide and attack. There was no exception to this rule. A lot of towers were exploded.

However, before they could touch the tower of Pisa, there a was retreat that leads to cancellation of the orders for demolishing the National monument.

In 1987, it was declared as UNESCO World Heritage Site.

In 1990, the tower was closed and a massive excavation was under process.

Many engineers came together to work on the stabilization of the tower.

The bells were removed as their movement could potentially add to the lean. Cement was injected into the foundation and the tower was anchored.

Finally, the tower was reopened for tourists by 2001.

It is predicted that it would remain sturdy for another 200 years..

Delta 9 THC carts are a popular type of cannabis concentrate made by extraction and refinement of the THC-rich resin that the female cannabis...
Read more

Plastic Surgery Trends that will Blow your Mind

Plastic Surgery is a branch of study in which the aim is to improve the appearance or function of human body. It involves repairing...
Read more

Sex chat with strangers can be an exciting and interesting experience. It's a great way to explore your fantasies, broaden your knowledge, and learn...
Read more
Previous article
Brumotactillophobia – The Fear Of Food Touching The Plate!
Next article
Does The Mystery Behind Mona Lisa’s Painting Lie In Her Smile?