Did You Know About Indian Cuisine Before The Advent Of Chili? 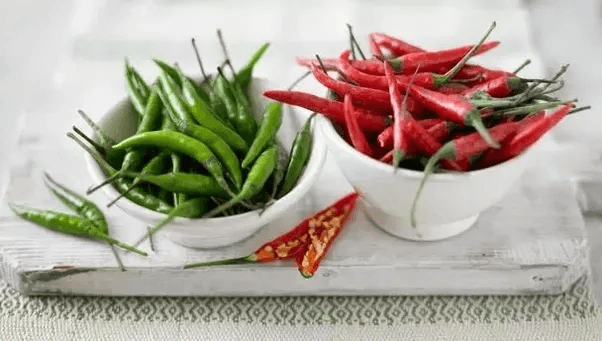 Table of Contents show
1 Indian Cuisine Before Chili
2 The chili was brought to India only in the 16th century by the Portuguese sailors, and it spread like wildfire across Asia.
2.1 image source

Chilli forms the soul of every Indian household. No housewife or cook can imagine whipping up a traditional Indian meal without the use of chili in some or the other form- be it as red chili powder, or a green chili paste, or just chopped up juliennes.

But, did you know that there was once a time when no one in India had ever used chili in their food?

So was all the food bland and flavorless? What were they eating then?

Can’t imagine your food without the chili to pack a punch, can you?

The chili was brought to India only in the 16th century by the Portuguese sailors, and it spread like wildfire across Asia.

Apparently, before Vasco Da Gama came and changed the picture of Indian culinary cuisine, a lot of black pepper and long pepper was used for cooking. Some linguistic subgroups still prefer using black pepper in their cooking instead of chillis, especially down South.

Use of Long pepper is not as common these days in India. Long pepper is a strange looking spice. It is native to Bengal, and it also grew wild on the Malabar coast in the 16th century. It was used not just in cooking, but also in Ayurveda as a cure for impotence. Many other spices such as cinnamon, cardamom, ginger, turmeric, cumin, bay leaf, star anise, nutmeg, etc have been present in Indian cuisine before chilies. So, there would have been a lot of flavors and maybe some heat (although not from capsaicin).

However, chili trumps Long pepper. Chilli was found to be cheaper and grew almost anywhere across Indian continent without major effort to maintain climatic conditions. Long pepper plantations caught molds easily which was not a case with chili plantations. For a vast majority of peasants, that made the chili a really attractive proposition.

The spice market now is full of different varieties of red chilies. There’s Bird’s Eye from the eastern part of India, there’s Kashmiri Chilli, which gives a nice color to the dish but not so much heat, then there’s small round Gundu from Andhra Pradesh and Tamil Nadu. The bigger and fatter the chili, the less spicy it is and the smaller the chili, the greater the hotness.

If you liked this article on Indian Cuisine Before Chilli, then do not forget to share with your peers!

8,275FansLike
2,100FollowersFollow
220FollowersFollow
Previous article8 Ultimate Travel Facts No One Has Ever Told You About Travelling!
Next articleIndia Has A Rare Elephant Spa That Will Make You Jealous Of Elephants!

This Person Is Credited For Inventing Mumbai’s Famous Vada Pav