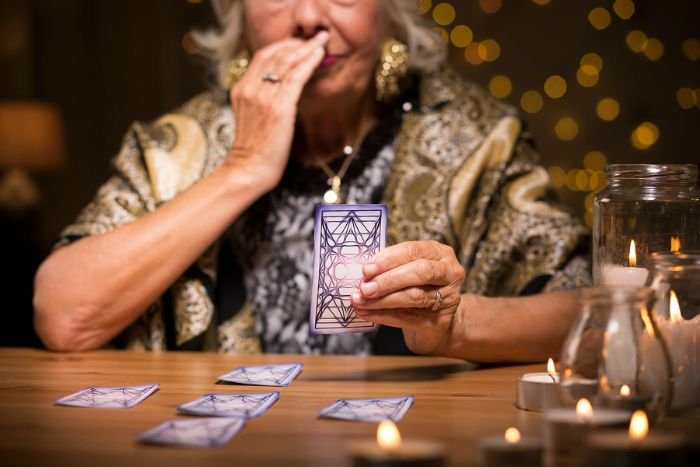 Every funfair has a mandatory tarot card reading lady, just like in the movies, a little creepy looking, acting mysteriously. It might be all fun and jokes but tarot reading actually has an interesting history behind it.

The word tarot originated from the Italian word tarocchi, the origin of which is unknown. Tarocco, its singular form means ‘blood orange’ in modern Italian. There are two theories regarding the origin. Some believe it has its roots in Milan or Bologna where the Taro River flows. Others believe, it has Arabic roots, ‘turuq’ which means ‘ways’ or ‘taraka’ which means ‘to leave or abandon’.

The History of Tarot Reading

Starting with the name, it was actually called as Trionfi earlier. Tarot cards were initially used as a deck of cards for entertainment purposes during mid 15th century Europe, starting Egypt. Soon after they were used for divination purposes. The first record of which was as early as in 1540.

Court de Gebelin, a French clergyman, observed a group of Egyptian women playing cards, which led him to believe that it was not merely a deck of cards but possibly, of divine significance. He also realized that its origin could be from Egypt.

Jean-Baptiste Alliette (known as Etteilla) and Maire Ann Lenormand were the first to assign divinatory meaning to tarot cards.

Interpretation of the Cards

Different people have given different interpretations.

The cards are to be arranged in a specific way-

Lots of variations have been found in the cards. The French, the German and the Italians have their own unique versions.

It is believed that the result is guided by a spiritual force, which looks into a person’s subconscious. Tarotology has no scientific evidence. It is considered as a pseudoscience. Hence it should be used only as a source of entertainment and not to take important decisions based on it.

Read also – Shani Shingnapur where the houses don’t have doors

22 years old, almost a doctor. Foodie at heart. Love to read novels. I spend most of my days lying on the couch but equally eager to go out and have a good time :)