Queen Bee’s Blind Sex: A Unusual Act Of The Bees 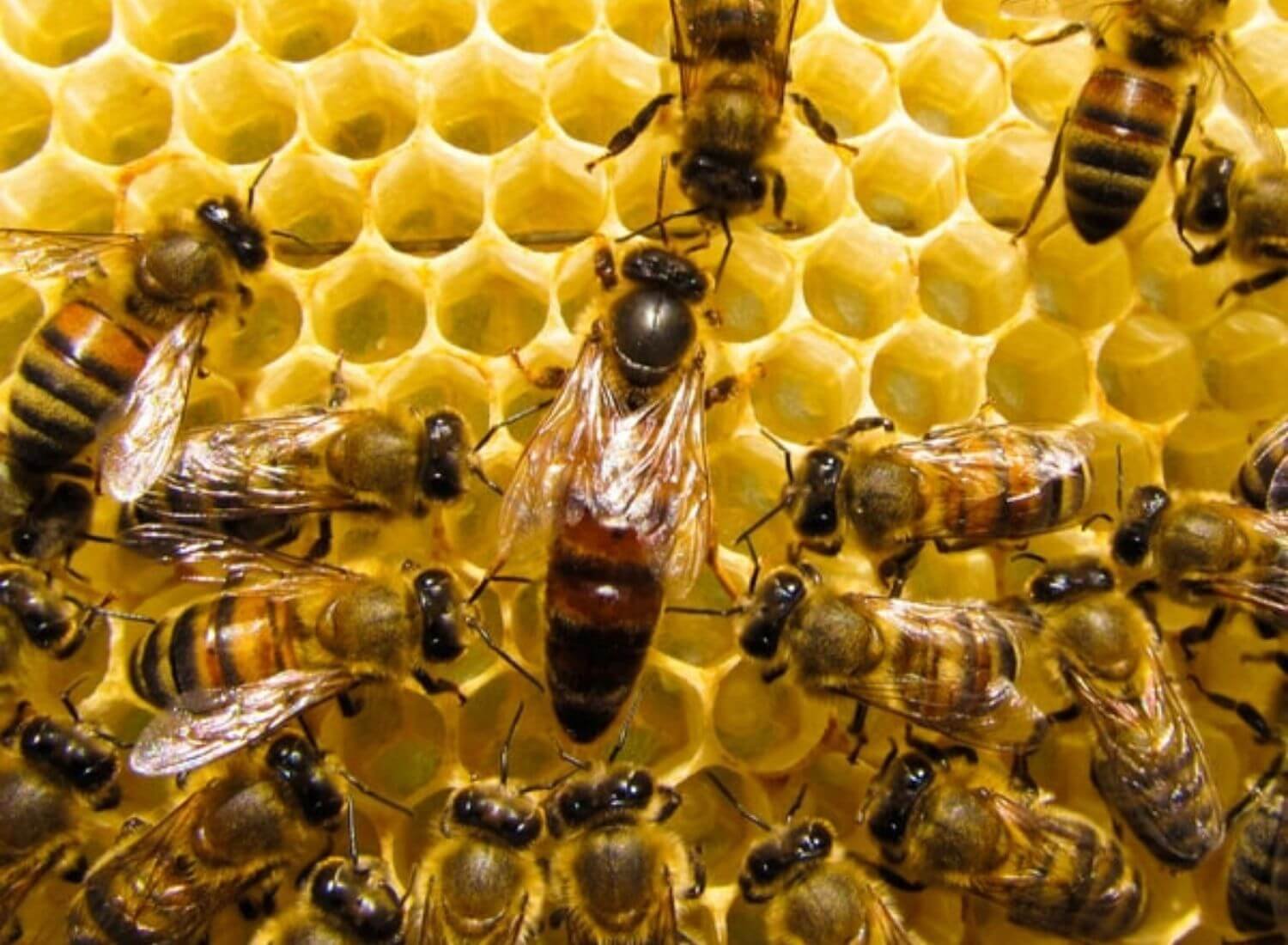 As we all know honey bees live in colonies which are ruled by a single Queen Bee, and hundreds of male drones with 20,000 to 80,000 female workers bees, who provide food, fertilization, and wax to construct the hive. Worker bees, though they are females, they are unable to produce fertilized eggs. Worker bees have a life span of six weeks, while the Queen Bee can live up to five years out of which she lives for two or three years producing eggs.

Queen Bee is responsible for the continuation of their generation. And it is all attributed to the Queen Bee’s blind sex to do so. However, the mating process may seem to be bizarre, but that’s nature.

Honey Bees And Some Facts

Do you know bees flap their wings over 11,400 times a minute! Honey Bees are the most fascinating creatures. The toxin in the sting of bees can prevent HIV. Some studies claim that bees’ brains age in reverse. Moreover, upon changing tasks, bees change their brain chemistry in response. In addition, honey contains an antioxidant that improves brain functions.

One of the most interesting facts about these intriguing insects is that the male bees try to temporarily blind the queen. This article will enlighten you about this bizarre behavior of the bees.

A virgin Queen bee mates with 40 drones in mid-air. This mating process goes on for days even though she has already been inseminated by one. According to scientists, drone bees blind the queen bee with the toxic semen at the time of mating, to woo her, according to a study published in an article in eLife.

According to the research done at the University of California-Riverside, the University of Copenhagen in Denmark and the University of Western Australia, the reason for this unusual behavior of the male bees is not only to stop the Queen bee from mating with the other drones but also to ensure that their genes are passed on, continuing their generation was said according to Boris Baer, the study’s lead author and also the professor of entomology.

This blinding is caused temporarily for about 24 to 48 hours, which stops the bee from flying, which in turn ensures that she doesn’t easily mate with any other drone.

Even though all these efforts of winning the Queen Bee and mating with her causes drones its life, it doesn’t stop 40 drones from trying to mate with her in mid-air, calling it a ‘nuptial flight.’ The force applied on the endophallus (the part that enters the queen) at the time of mating, causing it to rupture, breaking off from the drones bodies, leaving the tip inside, causes its dreadful death. The fluid in her body slows her down, giving enough time for a single bee’s genes to prevail.

The toxic used to temporarily blind the bee is the only chemical produced in a drone’s body to increase his chances of being reproductive, containing a protein that attacks other drones, as said by the Mother Nature Network reports. The toxic used to blind the Queen Bee makes her forget her way back to the hive, causing only 40% of the bees to make it back to their hives. The bees who are inseminated and don’t make it back to their hives don’t produce any offspring of the now-dead drones putting a stop their generation growth.

The Queen’s mating behavior allows her to improve the hive’s liveliness and longevity. The Queen bee carries nearly 6 million sperm in her and keeps them fresh for 7 years. After returning to the hive forever, the Queen Bee lays up to 2,000 eggs at a time and gives birth to nearly 1.7 million baby bees in her lifetime according to Mother Nature Network reports. The Queen bee itself mothers her every egg until one grows and turns as a daughter and takes her place. As there are different types of sperms in a Queen bees womb and she gives birth to them it increases the sustainability of the hive as they can fight different diseases.

Many of these bees also get a chance to date a queen. They also give their lives to cause an impression and to be a king for a day.

This puts an end to the bizarre behavior of the honey-bees. I hope this article has been added to the list of your ‘weird facts about the animal kingdom’ and has quenched your curiosity about the bees.

The Story Behind The Origin Of Seekh Kebab Is As Interesting As The Dish Itself!

How Long Does CBD Effect Last

Pink Tax: The Cost Of Being A Woman