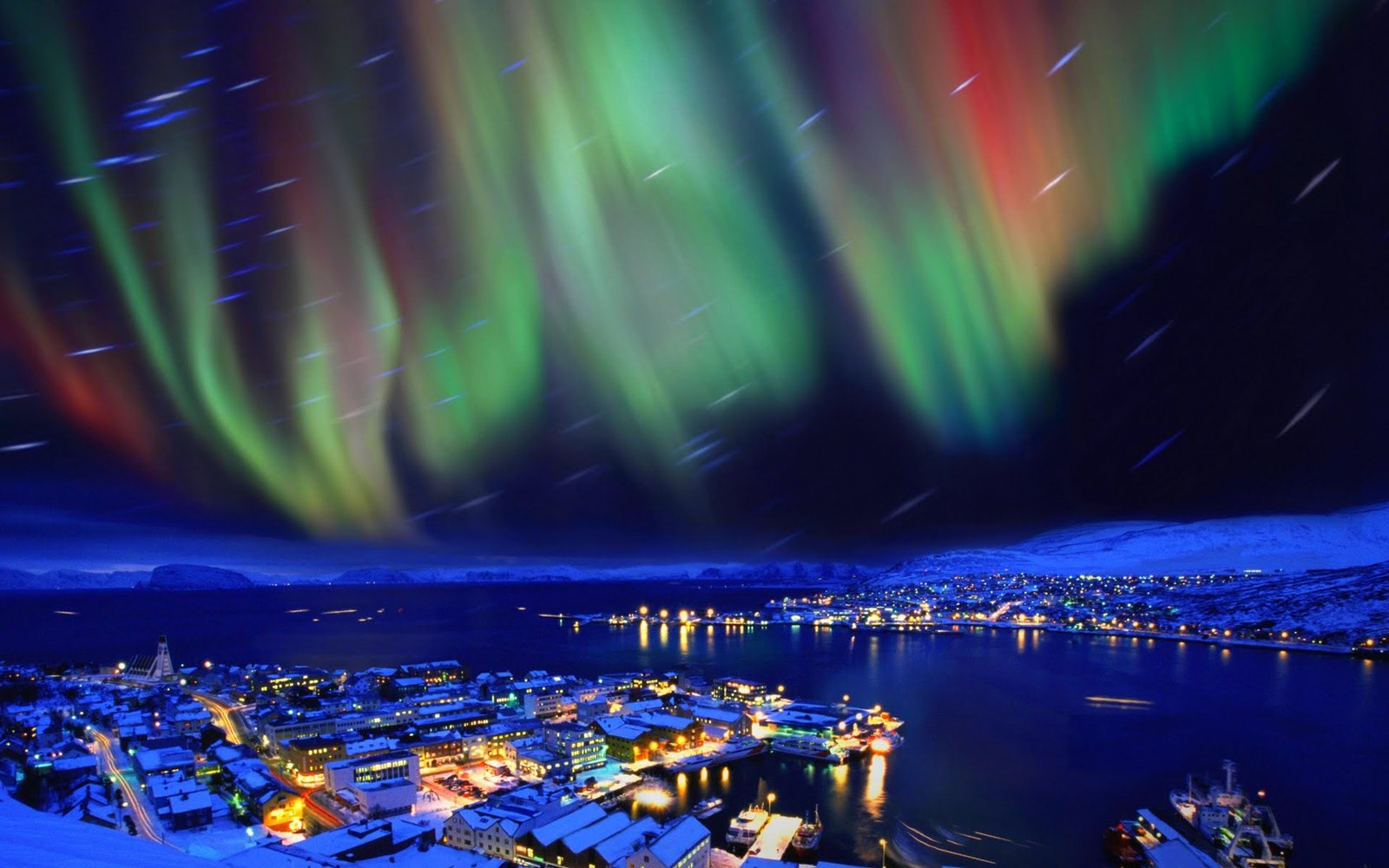 Table of Contents show
1 Aurora lights are natural phenomena where a display of light and colors is seen across the sky.
2 Here are a few myth and legends associated with the Aurora Lights:
3 In Greenland, people believed that the aurora lights were the souls of stillborn babies or of those who died just after birth.
4 The Aloquin Indians believed that their God ‘Nanahbozho’, created a fire to assure his people that he is watching over them.

Aurora lights are natural phenomena where a display of light and colors is seen across the sky.

And it is very commonly known as “Northern lights”.

These lights get the name as they are seen in the Northern Hemisphere of the Arctic circle.

Although it’s not only seen in the Northern zone, the Southern Hemisphere has its own light show too.

The Lights in the Northern Hemisphere are known as the “Aurora Borealis” whereas the ones in the south are known as “Aurora Australis” or the  “Southern Lights”.

The Southern lights are seen in the Antarctic circle.

These lights are commonly seen in Higher latitudes and in areas near the equator, as the solar activity is higher in the equatorial zone.

The electromagnetic radiation and highly energized particle emitted by the sun as solar winds, at times enter the earth’s atmospheric system at the two poles.

The solar wind particles then collide with the gas molecule in the atmosphere and exchange energy in the form of electrons.

Any excess energy is thus emitted as light. The lights change shape, colors, appear as bands, rays or pulsate in the sky.

Today as astronomical science has evolved we know why these lights are formed. But these lights have been observed on our planet since ages.

Back then, our ancestors didn’t really know what to interpret of these lights. People from diverse places had a very diverse take on Auroras.

Here are a few myth and legends associated with the Aurora Lights:

The Chinese believed that the aurora lights in the sky were good. The evil dragons fought in the sky and breathed fire across the heavens.

The Japanese, on the other hand, associated the lights with childbirth. They believed that a baby born under the Northern lights will be blessed with good looks, intelligence, and good fortune.

Even the Icelandic people related the aurora lights to childbirth.

They thought of it as a good luck, as it would relieve labor pain during childbirth. However, if the mother looked at the lights directly, the baby would be born cross-eyed.

In Greenland, people believed that the aurora lights were the souls of stillborn babies or of those who died just after birth.

The Europeans were petrified to see the lights.They considered it as a bad omen.

The legend probably arose due to the fact that in Scotland and England, the sky was lit up in shades of red just before the dawn of the French Revolution.

The Swedish, as opposed to Europeans, took the lights in a positive stride, as it meant the waters would be full of fishes and herrings and that the fishermen were to look forward to loads of produce.

In parts of North America, Cree Indians believed that the lights were actually the spirits of their beloved who tried to communicate with them.

Also, there was a belief that it is the spirit guides holding a torch. It did so to direct the departed to the next world.

The Aloquin Indians believed that their God ‘Nanahbozho’, created a fire to assure his people that he is watching over them.

The Eskimos of North Eastern Canada believed that the northern lights were torches lit by the dead. The dead supposedly played soccer with the walrus skull.

However, the North Western Canadians believed that the lights were the animal spirits dancing in the air.

This one is the best- In many cultures, it was forbidden to whistle or sing at the northern lights. People believed that the spirits would come down to take away your soul.

And if they did get close, the best way to ward off them was by clapping your hands. Although, the North American Indian seemed to be very gutsy to intentionally whistle the lights so they would come closer.

The Indians liked to whisper messages to the light to be taken beyond the blue yonder.

8,275FansLike
2,100FollowersFollow
219FollowersFollow
Previous articleHow Food Affects Your Mood? Read On To Find Out!
Next articleAre You Feeling Blue? Listening To Music Can Make You Happy!

Try These High Heel Hacks And Take Over The World Like A Pro!