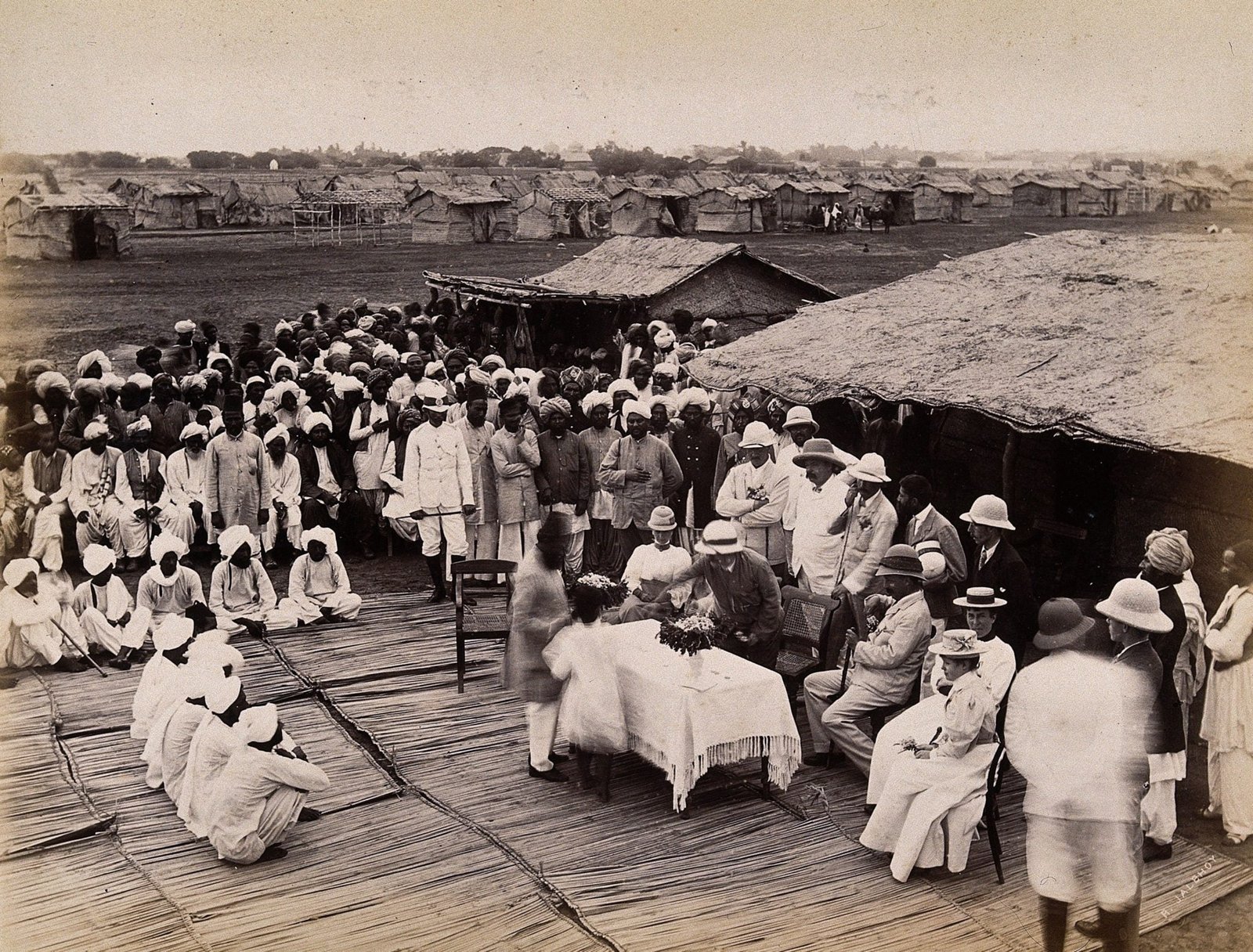 Table of Contents show
The Bombay Plague
The epidemic of Bombay Plague occurred in September 1896.The first case was reported in Mandvi area.
The government of India was on a mission now to stop the spread of the Bombay Plague
People were being examined on the streets. At railway stations, men and women were asked to get into separate queues for examinations.
image source

The by-lanes of Bombay or ‘Mumbai’, as we know it today, have been a witness to a lot of historical events from British invasion, to floods, to terrorist massacres.

One such event that has been long forgotten was the bubonic plague also called the ‘Bombay Plague’.

The epidemic of Bombay Plague occurred in September 1896.The first case was reported in Mandvi area.

However, it is absurd that the outbreak of the plague went unnoticed or rather untreated by government officials for months.

The first symptoms of swollen lymph glands were observed in the month of May 1896.

Nobody in the city had seen a case of the plague before 1896. The disease had a name and markers, but beyond that was just taking a chance.

The doctors were not aware of how it could spread or what damage it would do. People lived in chawls back then and the disease spread was rapid.

So much so, that you might have just met a person a couple hours ago, and by the end of the day he was consumed.

They took drastic measures of destroying several hundreds of slums, prohibited fairs and pilgrimages, set up isolations for the infected people.

They also evacuated houses, de-roofed and sabotaged many of them. Some others were lime-washed and disinfected. Houses were searched and anyone with a minor of ailments was dragged to the hospital only to die of other infections.

The clothes were all burnt down and new clothes were provided to the survivors in the hope to save them. Physical examination of the body for the presence of lymphatic swellings was humiliating.

People were being examined on the streets. At railway stations, men and women were asked to get into separate queues for examinations.

In 1871 census, the population of Bombay was 8,20,000. 70% of them were immigrant workers.
Fifty percent of the population fled the city between Sept 1896 to Feb 1897, either to protect themselves from the disease or to escape the embarrassment.

This was a major setback for the economy. The death toll was estimated at 1900 people per week through the rest of the year. Also, the local inhabitants native to Bombay had nowhere to go. All they could do was live in fear and pray.

Few interesting remnants from the time of the plague that can be seen in the city are the Christian cross standing along the streets.

Rumor has it that the Concrete cross was put up by the locals outside their houses or in secluded areas in the faith to ward off the illness and for protection. Further, many such landmarks are seen even today in the Bandra suburbs.

If you liked the article, then do not forget to share with peers!

The pregnancy tests you see in rows at your chemist, go way back. The tests have a lot of history behind them. An article...
Read more

Flags have been around for thousands of years. They have many roles, such as acting like symbols, being a form of communication, but most...
Read more

Do You Know The Fact About Napoleon Uniform?

Sometimes you must have heard of the story how some of the military leaders disconcerted by soldiers wiping their nose on the proud uniform...
Read more

Your body is an incredibly complex machine. There are still plenty of secrets regarding how some parts work, and research into these things is...
Read more
Previous article
Do You Know How Mumbai’s Chor Bazaar Got Its Name? If Not, Read On!
Next article
Here’s The Interesting History Of Wine! Read On To Know