Know Why This Japanese Soldier Continued To Fight Even After The War Ended? 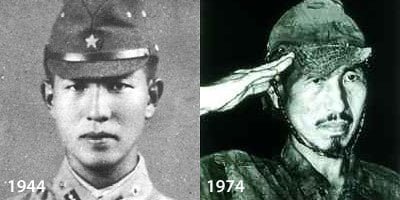 Here is the story of a Japanese soldier named Hiroo Onoda who continued to fight till 29 years after the war ended, because he didn’t know. He was a Japanese citizen actually working at a Chinese trading company when he was called in Army. He was 20 years old at that time. He quit his job and joined army training centre. He was chosen as the Imperial Army Intelligence Officer and has to be trained at Nakano School.

Read Also: The Tanot Mata Temple Is The Divine Protector Of Indian Soldiers At The Indo-Pak Border

In 1994, he was sent to Lubang Island in the Philippines. He was given the order that no matter what the officers will come for him, and he should not leave the island unless sentenced to do so. He linked up with other Japanese soldiers who were already present on the island. Enemy troops were stronger at this Island. Onoda along with other Japanese soldiers divided themselves into small groups and headed towards the jungle. Most of these little groups got killed. Only the members of Onoda’s group were alive.

Table of Contents show
He Still didn’t give up!
He was found!
Image Source

He Still didn’t give up!

In October 1945 they found a leaflet saying, ‘the war has ended, come down from the mountains’. Onoda and his group ignored it as they thought it was a trap by the enemies, telling them to give up. After another year of hiding, and getting clues from the leaflet, the group thought that the war was over. One of the four walked away from the others. In 1952, family photographs and leaflets were dropped using an aircraft telling them to surrender. But they continued to think of it as a trick. In 1954, another one from the group was shot dead by a search party who was looking for the three of them. In 1972, the remaining one with Onoda, Kozuka was also killed by local police. Onoda was now left alone on that Island.

Onoda’s officer Major Yoshimi Taniguchi, who was now a librarian, went looking for him on that Island. He kept his promise and ordered him to come to Japan. He then surrendered himself giving up all the ammunition he had. He was pardoned for all his crimes and was appreciated for being so respectful towards the orders.

Read Also: Every Indian Must Know About These Brave Indian Women Pilots During Kargil War

Beard Tax Beards are the trend of this decade. Not only are they a symbol of masculinity, but also of attractiveness. Who doesn’t love a...
Read more

How Chained Are We To Social Media? Facebook, the most used app worldwide, started in 2004. Youtube celebrated its 1st birthday on Valentine’s Day, 2005. (Is...
Read more

Do you ever feel like you are just wasting time scrolling Instagram and reading tweets? Want to be more productive than that? If only you...
Read more

One of the most significant factors that can be an indicator of overall health is your diet. What foods do you consume regularly and...
Read more
Previous article
Know More About The Cursed River – “Karmanasa River”
Next article
Poverty To Riches: True Journey Of The Designer Jeans!