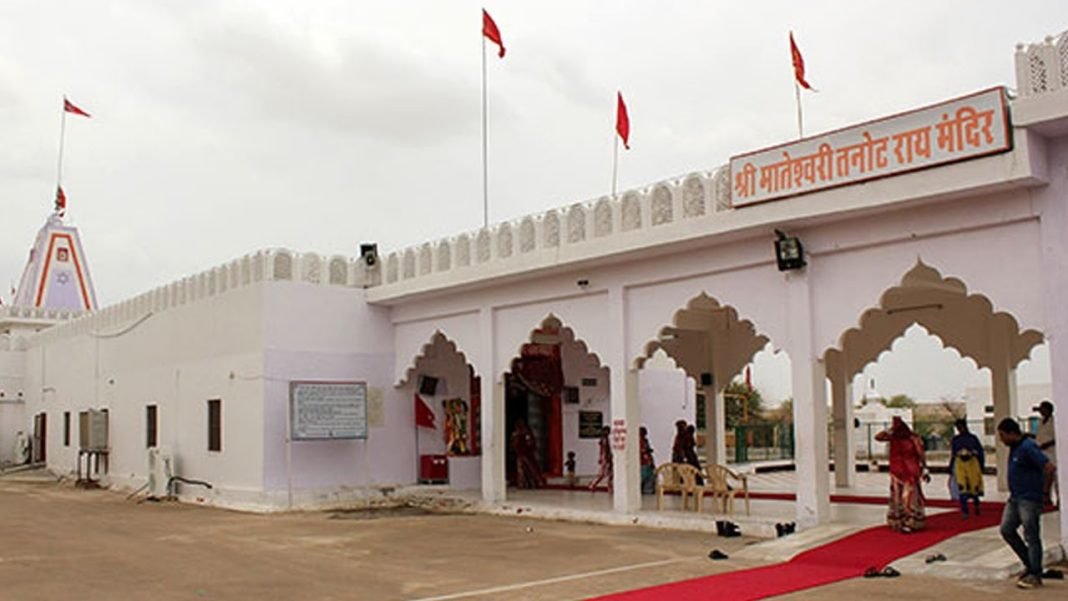 The Divine Protector Of Indian Soldiers At The Indian-Pak Border

When Indians claim their faith in God, the opposite side screams their lungs out to prove them wrong. The debate on the existence of God is never-ending and highly inconclusive.

But certain miracles make their appearances on this planet time and again to reinforce the Divine presence. One of the striking examples of such miracles is the indomitable Tanot Mata Temple at Longewala, Rajasthan.

The temple stands near the Indo-Pak border, 150 km’s away from Jaisalmer. It is a surviving testimony of the divine intervention during the Indo-Pak wars of 1965 and 1971.

Indian soldiers were struggling to defend the significant posts and villages against Pakistan. The Pakistani Army had more ammunition than the Indian army, and this became a cause of concern for the soldiers on our side. The Pakistani Army took advantage of this dire situation. They captured strategic areas such as Kishangarh near Sadewala post, where Indian soldiers were stationed in large numbers.

It was now a do or die situation for the Indian soldiers. 17th November witnessed heavy shelling by the Pakistani Army near the Tanot Mata Temple. However, most of their bombshells fell on the target, and those that did meet the target failed to explode!

According to a legend, the Pakistani army dropped approximately 3000 bombs at the Sadewala post (which was near Tanot Mata Temple) over the next two days. But, surprise surprise! The temple stood its ground without a single damage to its exteriors or interiors!

Even in the 1971 War, the neighboring enemy dropped bombs near the temple, but all their efforts were in vain, as the bombs failed to explode once more!

The Indian army went on to defeat the opposing army both the times. According to them, the blessing of the temple’s deity, Karni Mata was the divine force behind their victory. In fact, the goddess also appeared in their dreams to encourage them to fight till the end.

As a tribute to the unflinching evidence of faith and courage, the BSF took charge of the temple and established a post inside it. Till this day, they light a diya (lamp) and perform a pooja everyday. BSF even changed the face of the temple by constructing a bigger one on its premises, along with a museum where the exhibits of the unexploded bombs fired at the Indian Army are kept for display.

A symbol of undying encouragement and love, the Tanot Mata Temple is a revered structure. This temple is a living proof that miracles happen. And if you still don’t believe it, you can ask the Indian Army about it!

The increasing popularity of CBD means that there are many retailers rushing to cater to the growing demand. You can find physical CBD retail...
Read more

Apart from influencing our cultures, style, and way of life, the British also majorly influenced the Indian Cuisine. Apart from the infrastructure and the...
Read more

Mukbang and ASMR eating has been the ongoing trend of this "new generation," which is usually on the phone screen, scrolling through social media...
Read more
Previous article
Giethoorn: A Village Without Roads That Pave Way For A Heavenly Trip!
Next article
Every Family In This Indian Village Of Kalayur Has a Male Cook!

How To Check If Your Mask Keeps You Safe In COVID Times?