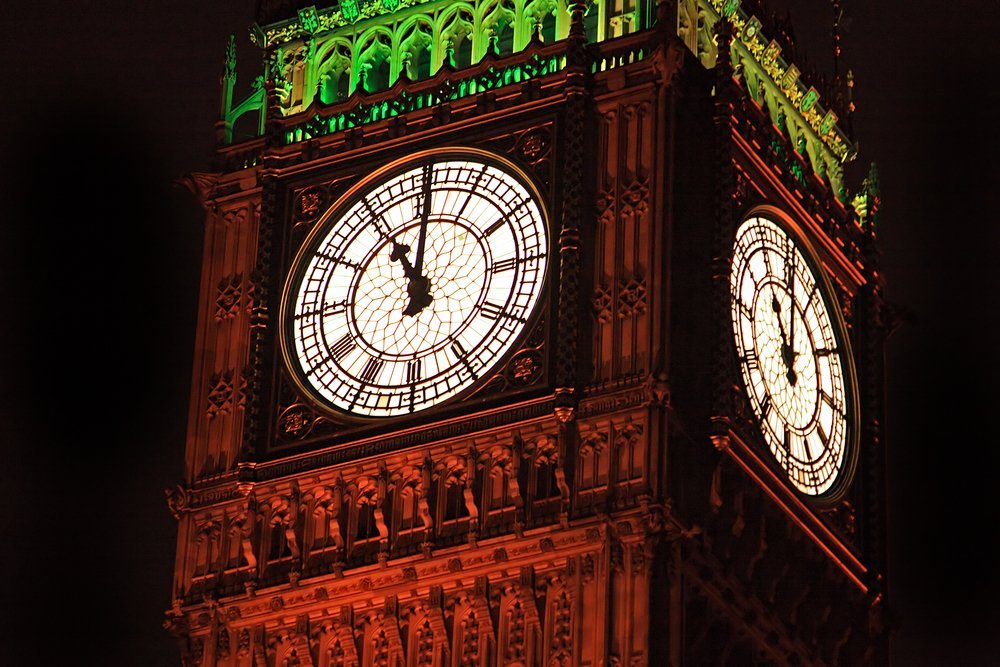 Thinking of London, the first image that strikes our mind is The Big Ben. A big tower standing comprising a clock at its top is what fills up our minds. But the name ‘Big Ben’ isn’t derived from the size of the tower but the massive bell inside this tower. On the diamond jubilee of Queen Elizabeth II, this tower was named as ‘Elizabeth Tower’. Before that, it was simply known as the ‘Clock Tower’.

The ball weighs approximately 13 tons and has a scintillating look at night when all the clock faces are lightened. Two theories explain the reason behind naming this bell as the ‘Big Ben’. The first theory says that it is named after Sir Benjamin Hall, the first commissioner. He was popularly called as ‘The Big Ben’ because of his tall built. He was 6’4” with a girth to match is personality.

Table of Contents show
Why the name ‘Big Ben’?
The man behind the design of Big Ben!
Read Also: A Giant Telectroscope Links London And New York. And It’s Simply Magical!
Image Source

It is claimed that Sir Benjamin Hall’s name was inscribed on one side of the clock which explained that this clock was installed in his honor. The text is no more inscribed there because of the clock presently up there is not the original one. The unique timepiece cracked even before its installation. His name never got on the second clock because Sir Benjamin Hall was no more the Chief Commissioner.

Another theory that explains the name of the clock is that it was named after the famous heavyweight boxing champion Benjamin Caunt. He was also nicknamed as ‘Big Ben’ due to his huge physique. The first clock tower that was built in England was around 1288, and named as ‘Great Edward’ or “Great Tom’. The second tower was built in 136. It was the first chiming clock. Then, in 1707, the tower was wrecked because of disrepair. A sundial later replaced it.

The man behind the design of Big Ben!

In 1834, the Palace of Westminster was catastrophically destroyed by a fire. During its rebuilding, the clock was redesigned. Around 97 designs were submitted for consideration. Sir Charles Barry’s design was chosen which didn’t include a timer. But later, it was modified with the help of Augustus Pugin. This was Pugin’s last design. In 1852, before the construction was completed, Pugin suffered a colossal breakdown. Several months later, he died unaware of the fact that his model gained vast popularity.

Later, a competition was held to see who would be able to build the most accurate and beautiful clock. Sir George Airy made the clock with an accuracy of one second. To test the performance of the clock, Greenwich Observatory took seven years. Due to further delays because of size and finds, the clock got completed in 1854. During the wait, it was made sure that the pendulum works fine even in adverse climatic conditions and remains undisturbed due to heavy wind. At last, in May 1859, the clock began to function properly, only to make people realize that it also needed a bell.

In July 1859, the bell rung for the first time despite many obstacles it had to face during its installation process.

In September 1859, the bell suffered a significant crack because the hammer used to strike the bell was twice its weight. For four years, the cock remained silent, until, in 1863, Airy came up with a solution. The weight of the hammer was reduced, and the side was flipped so that the crack would not grow. From that day onwards, ‘The Big Ben’ always strikes at the end of an hour.

How Play Is Important for Mental Health

During childhood, play provides a way for children to make sense of the world around them. It helps kids develop important life skills, such...
Read more

20 Benefits of Running For Beginners!

Everyone says, "I should run more."   Despite knowing the many benefits of running and getting a great feeling after doing it, we still find it...
Read more

Sex chat with strangers can be an exciting and interesting experience. It's a great way to explore your fantasies, broaden your knowledge, and learn...
Read more
Previous article
Salutes Of The Indian Armed Forces: How and Why Do They Differ?
Next article
Why Do We Have Superstitions For These 11 Things?