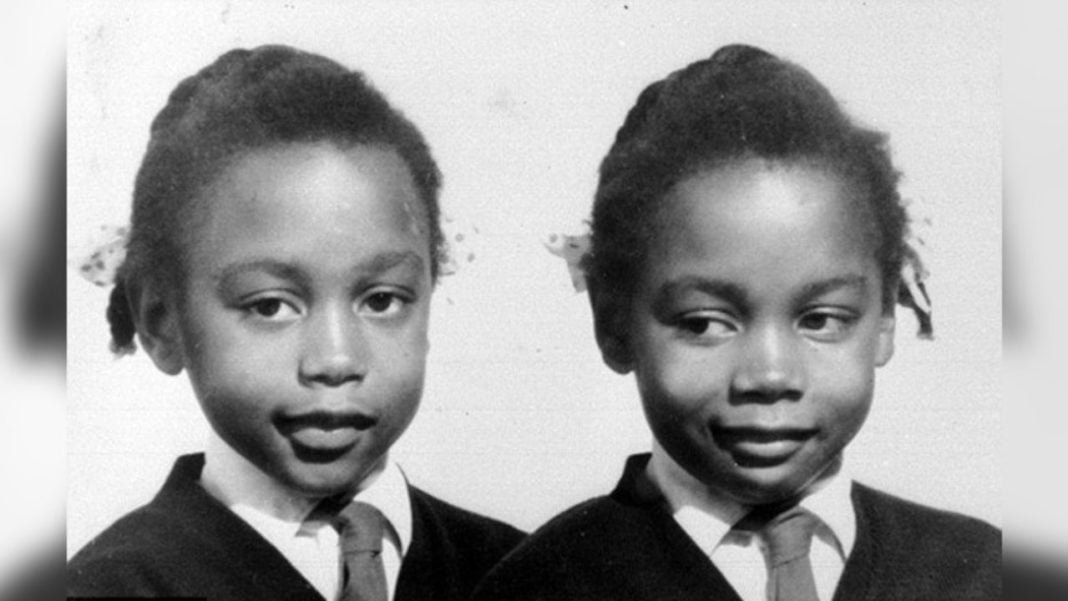 June and Jennifer Gibbons, colored children who lived in a predominantly white town of Hertfordshire in Wales, isolated themselves from the rest of the society, turned inward to each other and Literature, and later lived a criminal life to garner attention, ended up in a psychiatric hospital and sacrificed one of them so the other could live ‘normally’.

Is this creepy enough? Is it enough to churn out a spine-chilling potboiler? It might be enough, but it is not the complete version of their lives.

The lives of June and Jennifer Gibbons, ‘The Silent Twins’, is much more than a creepy tale.

It goes beyond human understanding and human experiences.

It is a life full of contrasts- of passionate love and murderous rage, of intellectual sensibilities and insane ideas, of acute expression and complete isolation.June and Jennifer Gibbons led a life of loud silence. And now, it is time for me to break it and the world to lend a patient ear to it.

The Silent Twins: How Tragic Were June and Jennifer Gibbons’s Lives?

Anyone who has come in touch with the case of June and Jennifer Gibbons,‘ The Silent Twins’, cannot detach themselves from the obsession that follows it.

June and Jennifer Gibbons were born 10 minutes apart from one another on 11th April 1963 to Barbadian parents, Gloria and Aubrey Gibbons. Not even their parents could foretell the tragedy that would engulf all the four lives in the future.

June and Jennifer Gibbons were the only children in their school in Wales. This led to bullying and ultimately to isolation of the twins from their surroundings.

‘The Silent Twins’ and Their ‘Loud’ Isolation

June and Jennifer Gibbons spent years and years of their lives locked up in their bedroom.

They would only communicate with each other. And they would even put up complex plays to entertain each other. And they also went to the extent of mirroring each other. So much so, that when the parents tried to teach the girls horseback riding to encourage independence in them, it failed. When one of the twins would fall off the horse, the other would repeat the same action!

And the twins had catatonic lapses when the parents sent them to separate schools for a while.

‘The Silent Twins’ isolated themselves from others, turned inwards to themselves and then to Literature.

June wrote ‘Pepsi-Cola Addict’, a book about a teen who gets seduced by his teacher and later sent into a reformatory where the homosexual guard makes his advances at him. Jennifer’s ‘Discomania’ is a book about the “insane violence” that would take place at a disco.

Their books failed to make their mark in the literary world. Hence, the twins embarked on another way to gain fame and attention.

They committed criminal acts, did petty thefts, choked each other and indulged in arson. This landed them in court and later to Broadmoor Hospital for their severe social disorders. June and Jennifer Gibbons were locked up in separate cells.

And even then, nurses would sometimes find them in the same catatonic poses!

Now Comes The Weirdest Part of ‘The Silent Twins’ Story!

After 11 years, the doctors decided to shift the twins to Caswell Clinic in Wales. In the morning of March 1993, the doctors found Jennifer unresponsive. They rushed her to a hospital where she was declared dead. Her death was a result of Acute Myocarditis, a sudden inflammation of the heart. The strangest part is that the doctors did not find any evidence of poison in Jennifer’s body!

However, reporter Marjorie Wallace who wrote a book on the twins titled: ‘The Silent Twins’ (1986), recollects that when she visited the twins one final time, Jennifer abruptly mentioned over a cup of tea: “Marjorie, Marjorie, I am going to have to die.” When Wallace asked her the reason, she answered, “Because we decided.” According to Wallace, the twins had made a pact that if one them died, the other would go on to lead a normal life.

As of 2008, June Gibbons leads a normal life near her parent’s house in Wales. And what about Jennifer? Jennifer is buried under a headstone. And June’s poem is engraved on it. It goes like this:

We once were two/We two made one/ We no more two/ Through life be one/Rest in peace.

Read Fascinating Facts About No Celebrity, But A Caterpillar

Celebrity gossip and television series discussions are all that is trending, talking about who what wear or who is dating who is what the...
Read more

Your body is an incredibly complex machine. There are still plenty of secrets regarding how some parts work, and research into these things is...
Read more
Previous article
Tsutomu Yamaguchi Is The Luckiest Person On Earth! Here’s Why…
Next article
Giethoorn: A Village Without Roads That Pave Way For A Heavenly Trip!