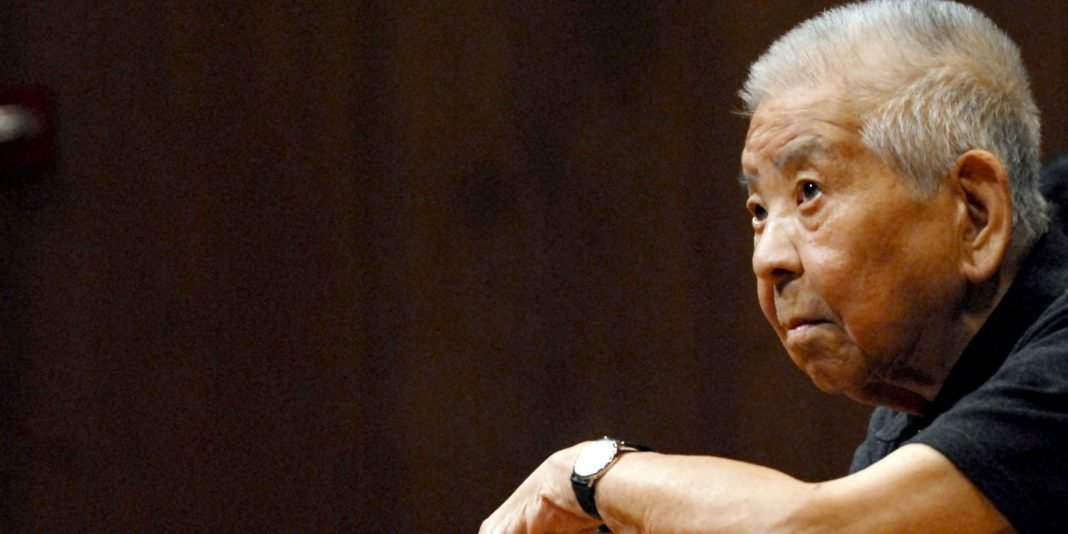 Table of Contents show
Tsutomu Yamaguchi: The Luckiest Man In The World!
He survived not one only one, but two atomic blasts in Hiroshima and in Nagasaki! His name was Tsutomu Yamaguchi.
When he related his experiences at Hiroshima to his boss, he thought Yamaguchi has turned mad.

Tsutomu Yamaguchi: The Luckiest Man In The World!

The Second World War bid adieu with quite a storm.

He survived not one only one, but two atomic blasts in Hiroshima and in Nagasaki! His name was Tsutomu Yamaguchi.

In 1945, when Yamaguchi was merely 29, he was on a three-month long trip to Hiroshima for business. He had to leave the city on the 6th August.

At 8:15 in the morning, an American B-29 bomber dropped the first atom bomb on Hiroshima.

The shock wave emanating from the bomb sucked Yamaguchi from the ground, tossed him in the air and threw him away like paper into a potato patch near the impact zone. Yamaguchi was just at a distance of two miles from ground zero.

His face and forearms were the most damaged parts of his body after his ruptured eardrums. Yamaguchi was so badly injured that when he returned home, his family failed to recognize him. His mother went as far as to think that the man in front of her was actually a ghost!

But that was not the end of Yamaguchi’s troubles. On 6th August 1945, despite the severity of his wounds, Yamaguchi decided to report to work.

When he related his experiences at Hiroshima to his boss, he thought Yamaguchi has turned mad.

The second atom bomb hit Japan’s Nagasaki the very moment Tsutomu Yamaguchi was trying to explain the situation to his boss. This was the second time in three days that Yamaguchi found himself within two miles of the impact zone and miraculously surviving in the end!

It seems as if for most of the people, the war was a futile expression from the start. Yamaguchi was one of them.

He had “no feeling” about the surrender. Tsutomu Yamaguchi was “ill with fever” and he was “hardly ever drinking”. He also felt that he was “about to cross to the other side.” The radiation’s effect on Yamaguchi overshadowed his shame of surrender at the end of the War.

Although 165 people were reported to have experienced both the bombings, Yamaguchi is the sole person who is recognized as “nijyuu hibakusha”, in other words, “the twice- bombed person.” Yamaguchi passed away in 2009, at the ripe age of 93 years.

What do you think about this luckiest person in the world? Let us know in comments below!

If there is one accessory that you can never have too many of, it's sunglasses. From aviators to round sunglasses, there are just too...
Read more

Traveling can be a magical experience. With the right time, destination, and attitude, you could return from your travel a different person. Each travel...
Read more

At some point in our lives, we all feel that some strangers feel so familiar or we think that we have seen them somewhere. This...
Read more

A mommy makeover is a popular cosmetic surgery procedure that many women choose after pregnancy and childbirth to restore their pre-pregnancy body shape. The...
Read more
Previous article
Was Jack And Jill Rhyme Based On The Events Of The French Revolution?
Next article
The Spine Chilling Tale Of June And Jennifer Gibbons

Moles Have An Astonishing Story About Our Personalities.