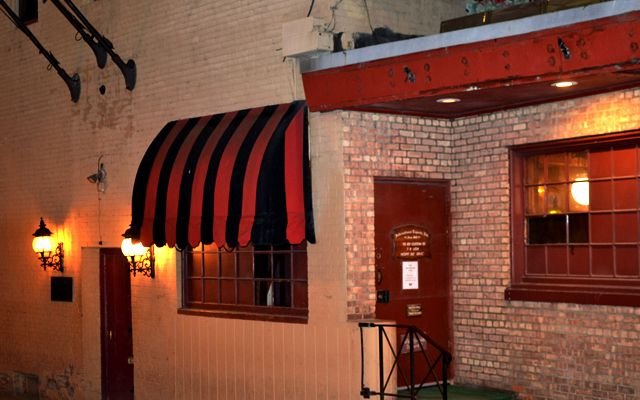 Wouldn’t it be amazing if the places we ate at were also places we could have fun at? With the perk of great food, we could also have a night to remember for the rest of our lives. Thank God for The Safe House Restaurant in Milwaukee, such a thing has been made possible. Especially for spy movie enthusiasts and James Bond lovers, this is going to be a treat.

The Safe House Restaurant is one unique restaurant which is spy-themed and calls its customers ‘agents’. Featured in the TIME Magazine as an ‘irresistible and inexhaustible’ place, Safe House has been ensuring a good time to its visitors since 1966. It has newly opened up another branch in Chicago as well.

First of all, its location is super secretive. Without any signs or boards that say ‘Safe House’ in an alley which appears to be desolate, it gets quite tricky at first. You would literally have to be a CIA agent to be able to locate it easily on your first visit. Even the locals have a hard time giving you the correct directions. Finally, an unlocked door leads you into a very small room with a large book shelf. At night, guests are greeted by a person — playing the role of Ms. Moneypenny from the James Bond films — who asks for the password. During the day, however, a voice pipes through a speaker (this is a new feature) and asks if you know the password.

The password has not changed in four decades, but if you do not know it or say it exactly right, you are asked to take a special ‘spy test’, proving that you are indeed a spy who deserves entry into the Safe House.

“All good spies have a good disguise and we are going to test your disguise tonight.” is what you will be told.

The test involves fun activities like hopping on one foot or impersonating an animal. Video cameras are hidden in the wall of the Safe House entry way, so diners are watching their antics on television screens inside the restaurant. If you whisper the password correctly into the speaker, or once you pass the spy, the faux bookshelf opens a door and allows you to walk down a hallway to the bar/restaurant.

Upon entrance, you are greeted with a museum-like atmosphere and a lot of different gadgets. It is also full of memorabilia from all sorts of spy movies. There is stuff like a massive carnival mirror that makes you appear short and squat, an oversized keyhole with a surprise video inside, moving walls, and a telephone booth.

The gag telephone booth features a pay phone such that once you put a quarter into it, it tells you to dial three numbers. This results in one of the walls sliding open to reveal a flight of stairs that lead you outdoors, next to the building. There is even a table that rotates to make sure that you can dine without being discovered. The Safe House’s drink menu includes a collection of spy-themed concoctions which are served in a nomadic tube that travels 600ft around the restaurant. In the food menu, there is the Spy Burger, the Junior Spy Burger, and a Bourne’s Blackout Cake. Once famous for its bar food, they have recently redone their menu with a focus on a variety of appetizing entrees.

The Interpol Bar highlights other Safe Houses around the world and there is one spot in the restaurants that pays tributes to military members who have fallen in active duty. A place shrouded in mystery and espionage, this is definitely one of the most iconic and unique restaurants in the world and makes for at least a one-time visit.

Our mobiles, tablets, and computers do not support all kinds of file formats. Sometimes we want to convert an image, audios, videos, and PDF...
Read more

The Out Of The Ordinary Sunset On Mars!

The beauty of sunsets can blind anyone's eyes and soul with soothing relief and can elevate one's mood. Even robots can't tear their eyes...
Read more

The most common method of obtaining cannabis seeds with high THC levels is to buy autoflowering strains. These seeds have the added benefit of...
Read more

A mommy makeover is a popular cosmetic surgery procedure that many women choose after pregnancy and childbirth to restore their pre-pregnancy body shape. The...
Read more
Previous article
After Committing Allegedly 2,500 Murders, This Zodiac Killer Still Roams Free
Next article
Alcohol Might Exist In Space And Here’s The Proof!

The Most Expensive Materials In The World

What Happens If You Leave Your House For A Pet In Your Will?