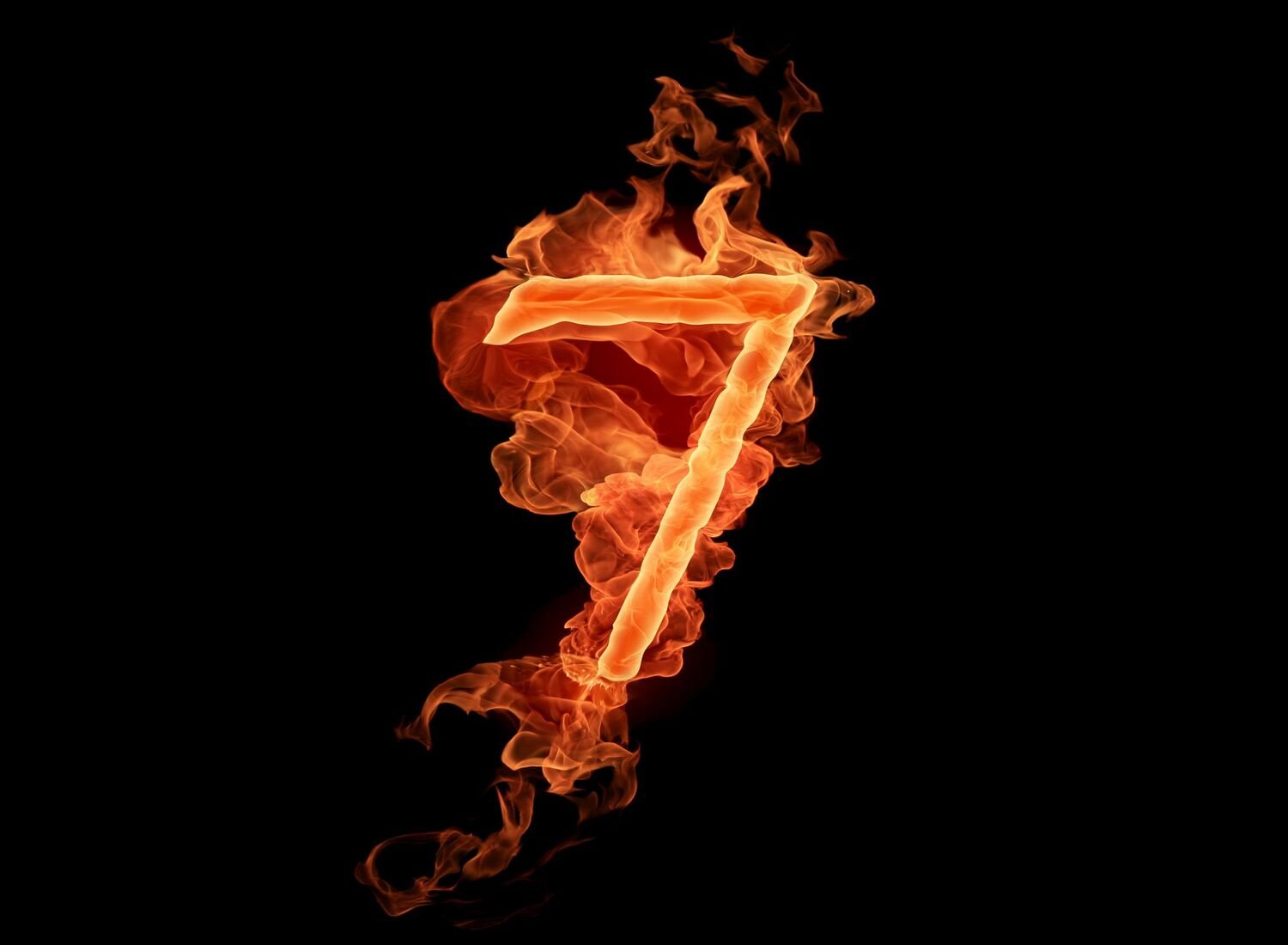 Number 7- A prime number squeezed between two even numbers 6 and 8 is considered lucky yet mysterious. Number 7 has quite an importance for a long time, like even from our ancestors who introduced The 7 wonders of the World (The Great Wall Of China, Taj Mahal, Machu Pichu, Chichén Itzá, Petra, Christ The Redeemer, and Colosseum) The 7 Continents (Asia, Africa, North America, South America, Antarctica, Europe, and Australia) surrounded by 7 Seas (Arctic, North Atlantic, South Atlantic, North Pacific, South Pacific, Indian, and Southern Oceans).

Table of Contents show
Intriguing Facts You Should Know About Number 7
1. Mythology And Religion
2. Astrology And Nature
3. Science And Technology
In Conclusion

Number 7 is vital in every religion. It is also considered spiritual and stated to carry the Energy of the Mystics. In Jewish mythology, it is said that Adam was born on October 7th, 3761 b.C. According to the Old Testament, God created the world in Six Days and One Day of rest, which means 7 days. We also have 7 days in a week, and so our work life is aligned. According to the New Testament, Number 7 symbolises the Four Corners of the Earth and the Holy Trinity.

In the Islamic religion, there is a mention of 7 Levels of Heavens [Firdaus Heaven (Paradise), ‘And Heaven (Garden of Eternity/Eden), Na’im Heaven (Gardens of Delight), Ma’wa Heaven (Gardens of Abode/Refuge), Darussalam Heaven, Darul Muqamah Heaven, and Maqoomul Amin Heaven]. Even in other religions like Hinduism, it’s said that Heaven and Hell are divided into 7 parts. Lord Buddha’s pedestal Lotus flower has 7 petals, and even in the Bible, there are 7 Seals and 7 Churches.

If we look through Mythology, we mention 7 ancient sages (Saptarishi) in Hindu Mythology. In the Book Of Revelation, there are 7 Spirits of God. In Egyptian Mythology, there are 7 angels. Egyptians have 7 eternal life which they believe is the complete cycle.  In the Hindu religion, there’s a wedding ritual where the bride and groom take 7 rounds of the holy fire holding each other hands, taking vows with each round and promising to serve each other for 7 births.

Now let’s see natural phenomena related to the number 7; as we all know, The Rainbow has 7 colours, and we all know how a rainbow forms (when white light passes through a prism, it breaks into 7 colours). Even astrology has a connection with Number 7, like there are 7 classical planets (which can be seen through the naked eyes: Sun, Moon, Mercury, Venus, Mars, Jupiter, and Saturn). Even there are 7 musical notes. Even in sports, Number 7 is considered important like MS Dhoni’s and Ronaldo’s jersey number is 7.

Even in the modern world, Number 7 has significance in Science and the Economy like for; the Human Neck has 7 Vertebrates. The skin has two outer layers and five inner layers that make up to 7. According to Scientists, human beings go under biological change after 7 years. In 1956 George Miller, a human psychologist at Harvard University, said that a normal human brain could only remember 7 things in his short-term memory. The phone numbers in the early days were either 7-digits or less. Since there are mobile phones, there isn’t a need for people to remember phone numbers that are now 10-digits long.

Even the field of economics follows the 7 years cycle. In 1966 in the USA there was a credit crunch, and after that in the next 7 years in 1973, the world experienced an ‘Oil Embargo’ which increased the price of petrol. Exactly after 7 years, in 1987, the stock markets crashed. And exactly after 7 years in 1994, the bond markets crashed. So as we see, there has been a specific cycle of 7 years, which many economists believe.

There are also 7 deadly sins and 7 virtues. Number 7 is quite catchy because of which many bloggers or writers use it in their headlines and titles for example—7 Pages of Success;  7 Habits of Highly Effective People; etc. When a mathematician asked around 40,000 people about their favourite number, more than 4,000 people voted for Number 7. However, the others voted for other numbers; 7 had the highest ratio among the other numbers.

So as we see that Number 7 is culturally, historically, religious, and psychologically very prominent, it is also considered mysterious for its strong influence on many people. Many might say that if we search and start connecting other numbers, we may find many such connections, and I agree with it, but the ratio of facts and beliefs about Number 7 is much more than any other number.

In today’s world, various trends are ever changing. The most significant of these has been food trends in the last decade. We have witnessed...
Read more

"India is the only country whose basic of life is Dharma. We have developed the path of spirituality." - Swami Vivekanand Notably, India is one...
Read more

Planning a wedding is an exciting time. You’ve probably been excitedly chatting about an abundance of ideas you’ve both has since the engagement, and...
Read more
Previous article
The 10 Grooming Tips All Stylish Men Know
Next article
BITS Pilani: A Pathway for Higher Education in Science & Technology