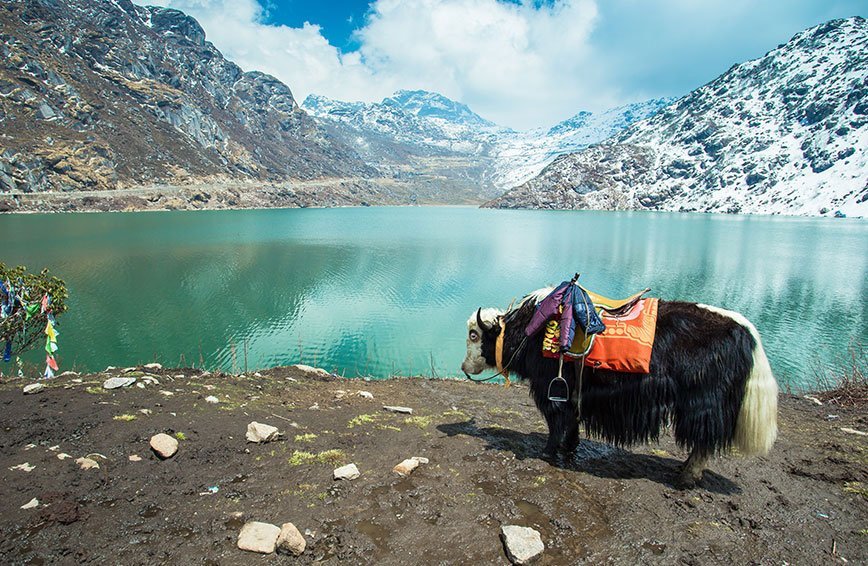 The North-Eastern part of India is shrouded with mystery according to the people of mainland India. It’s understandable for them to have a view like that because North East India is very different from other parts of India, be it the colour of their skin or their culture.

When people talk about the North East states they mainly mention the food, the people, and the picturesque view of the place along with the weather. But what people don’t know is that the North-Eastern Indian states are much more than that. They have a rich history, myths, and legends of their own respective states.

In this article, we shall talk about some fascinating yet scary Mythical Creatures from the folktales of North East India. This research has become really tough now because there is almost no written documentation about these creatures. They live on as stories that are passed down from one generation to another.

Let’s start with the Land of Blue Mountains ‘Mizoram’. I am from Mizoram so all the mentioned stories have been narrated to me by my grandmother when I was little. Mizoram has a number of mythical creatures as compared to other states so I am just going to mention a few of them.

Pheichham resembles a Goblin. It’s a creature with one leg. The interesting thing is, instead of bringing harm to people it brings them luck and fortune. According to stories, if a person has an encounter with a ‘Pheichham’ he should try to catch it from its leg and if the person succeeds, the ‘Pheichham’ will grant him his wish. The person gets three wishes in total. Till today, ‘catching a Pheichham’ is used to describe someone having immense luck and great fortune.

Another one from the state of Mizoram. Lasi is basically the Mizo version of a ‘Fairy’.

According to stories, ‘Lasi’ is a very beautiful woman who seduces hunters. If a hunter falls in love with a Lasi, she will guide him in his hunting expeditions and will never go home empty-handed. He can also hunt any animal he wants because according to folklore, Lasi has full authority over animals. But there’s a catch! If the hunter tells anyone about his little affair with Lasi, he could die.

According to a Mizo folktale “Chawngtinlerhi”, a Lasi falls in love with a hunter. Since they couldn’t be together, the hunter marries another woman and has kids. One day he decides to talk about his little affair to his wife which eventually leads to his death.

Most people interpret Lasi as something evil. If a hunter has an affair with a Lasi they call it “Lasi zawl”. The term is still used today in some parts of the village when a person has really good luck with hunting animals.

This one is from the beautiful state of Meghalaya also referred to as “abode of clouds”. One of the most famous and scariest mythological creatures is from Meghalaya. It is locally known as U Thlen which translates to The Thlen in English. According to the people of Meghalaya, Thlen is a snake, a demonic snake and some people interpret it as an evil spirit that takes the form of a man-eating snake. The Thlen has a long history.

Today, it is regarded as a powerful house spirit whom people often worship in return for untold riches.  Greedy people who are after money generally rear the Thlen in their houses.

The family then hirs a person called ‘nongshonoh’ who will be the one in charge of bringing the preys (which is human beings) to the Thlen as a sacrifice. The Thlen would bestow the family with richness in return.

This one is from the state of Sikkim which is the brother state of the seven sisters. Lepcha, Bhutia and Nepali are the 3 Ethnic Groups of Sikkim. Nepalis form the majority of the population in Sikkim hence it seems like this particular legend is also borrowed from Nepal.

Ban Jhakri is a supernatural shaman of the forest. According to stories, it is a short and wild trickster who is also believed to be a descendant of the Sun.

Ban Jhakri kidnaps kids (mostly boys between the age of 7-20) who he thinks have the potential to become great shamans. When their training is over, he drops them off at the same spot from where they were abducted.

If he finds any of his candidates to be impure in any way they are quickly released or sometimes given to his wife (the Ban Jhakrini) who desires to cannibalize them and eat them.

According to some people, they can be seen in our world and not just in the spirit world. But, only the powerful shamans can see the Ban Jhakri. Apparently, many Jhakris still exist in Sikkim but nobody has been able to confirm their existence.

This next one is from ‘The Land of the Rising Sun’ Arunachal Pradesh. It seems like the state of Arunachal Pradesh shares the same story when it comes to the Himalayan Yeti. It is also commonly known as Grep-frut.

According to them, the Yeti is a giant abdominal snowman with a human face having a really long nose, glittering eyes and a conical forehead. It moves extremely fast and has a shrill cry. According to the tribal elders, the Yeti lives in a cave and eats the kernel of trees especially the Rachi and Nighori trees. But it also occasionally feasts on human beings if he manages to capture one.

I was actually quite surprised while doing my research. Mainly because I’ve always heard about the stories of the Yeti but according to those stories and legends the Yeti had always lived in the mountains of the Himalayas. But a report from an explorer named Taylor who has spent six decades searching for the creature to prove the story of the village elders. According to him, he had ventured across the Himalayas, from Ladakh to Arunachal Pradesh and from Nepal to Bhutan in search of the creature.

I think we can all agree from this that the North East States of India is much more than what meets the eye. It’s much more than just the food, the dance, the people or the culture. In fact, they have one of the richest histories in India.

Disclaimer: The pictures used are just imaginary. It is based on what people think these creatures look like. Pictures are usually hard to find since there is no solid proof that they look a particular way.

Read Also:  Scary Mythical Creatures from around the World

Dance, music, frolic, gorging on delicious food, mingling of different races and religions, and having a gala time - this is just how festivals...
Read more

5 Ways to Keep Your New Kitten Safe and Healthy

Bringing a kitten home is an exciting time for all the family. After all, the loveable furballs can provide much love, fun, and companionship...
Read more

5 Exercises at Home to Have toned Abs

As promised, we are back with some great workout moves for your six-pack abs! So, let us come to workout exercises for abs now! Do remember...
Read more

Sex chat with strangers can be an exciting and interesting experience. It's a great way to explore your fantasies, broaden your knowledge, and learn...
Read more
Previous article
Some great Drinks to keep your Stress at bay!
Next article
A moving Love story : The moving statue

5 Tips To Deal With Hair Fall During Monsoons

Six Indian Food Items You Bet Are Indian, But Are Not!