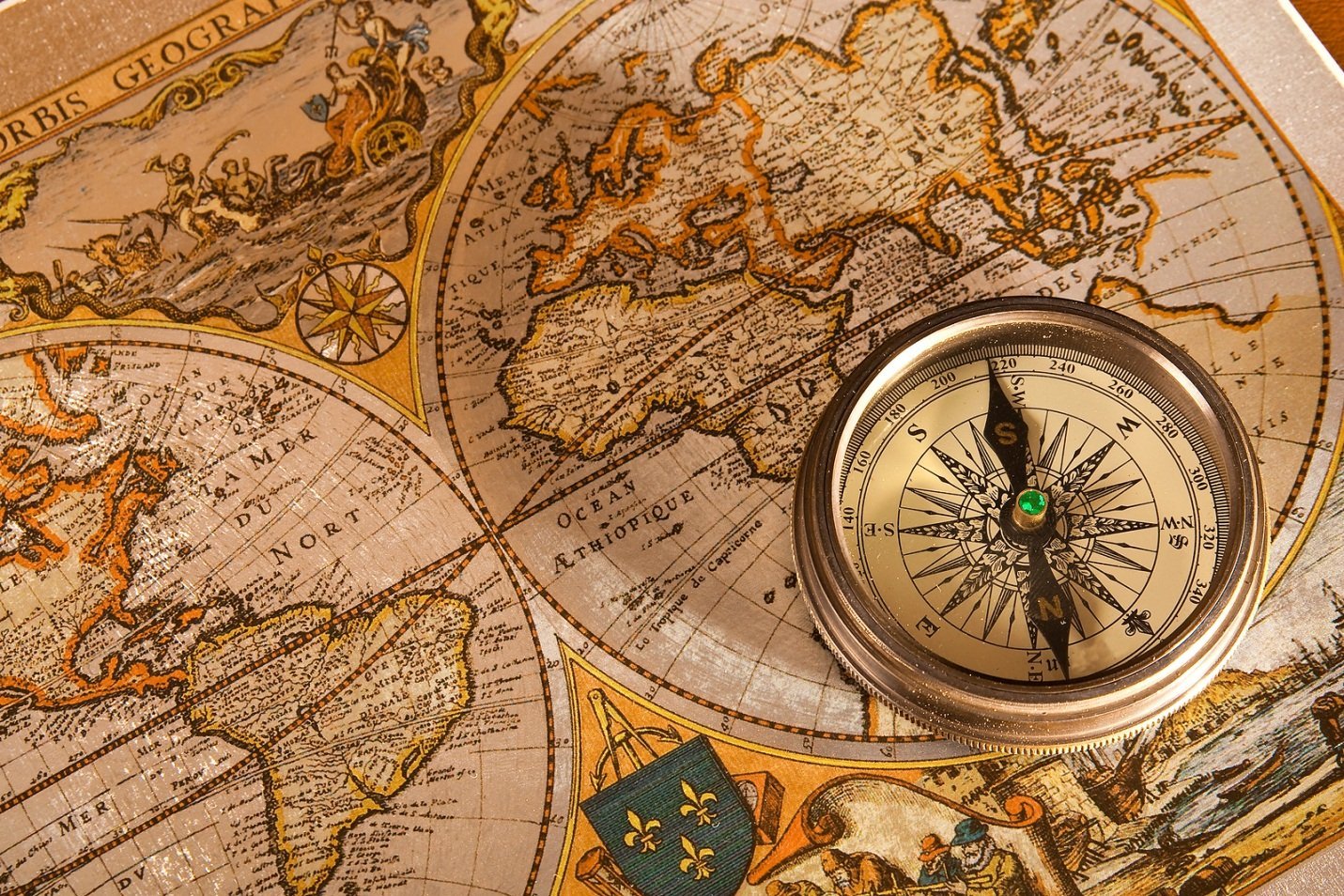 Butterfly Effect- The concept that small changes can have pervasive effects. If a butterfly flaps its wings at the right place at the right time, it can lead to a tornado millions of miles away.

History often has a sense of fate or inevitability attached to it. Many events are seen as being so big that humans cannot influence them, only bear them in silence. But not many realize just how fickle history has been. One life, one action, even a few words have often changed the history of the entire world. To give you some idea of this, here are some singular events that completely changed history.

The One Death That Caused A Million More

The assassination of Archduke Franz Ferdinand of Austria directly led to the First World War. But not many know that this assassination was a complete disaster. It is shocking they even managed to kill the poor guy. Of the six assassins, the first did nothing as the motor car carrying the royal couple passed by, chickening out in the last moment. The second one too did nothing. The third one threw a grenade, but it bounced back from the car, and since he had forgotten to factor in the time delay, it went off late under the next car of the entourage. (This guy also took a cyanide pill to commit suicide and jumped into a river. The cyanide pill just caused vomiting. The river was only 13 centimeters deep).

The rest had given up by that time, seeing it as a failed attempt. Returning from the Town Hall reception, the driver of the Duke’s car accidentally took a wrong turn. And where did they end up? Right in front of the sixth assassin, Gavrilo Princip, who shot the Archduke and his wife.

Estimates conservatively state that almost 30 million died in World War I, to speak nothing of the millions affected by it. Tensions of the aftermath were also responsible in part for World War II. Look at this assassination attempt again. Had just one more thing gone wrong or right, we could have been living in a completely different world today.

The Burning of Knowledge

If you ever want to inflict pain on a historian, say ‘Library of Alexandria’. And if you survive the punches, read on. Located in Alexandria, Egypt, the library was one of the biggest storehouses of knowledge in the ancient world. Flourishing under the Ptolemaic dynasty (the Greek rulers of Egypt), the library contained anywhere between 40,000 to 7,00,000 scrolls, dealing with math, art, science, philosophy, medicine and countless other topics. Some say it even had details about the construction of the Pyramids, though this is not verified. But of course, most of the debate about the contents of the library is speculation, as it was burned down by invaders of Egypt. Legends exist about the burning of the library, but many suggest that it was a series of fires, started at various times by Julius Caesar, Pope Theophilus and the Muslim invaders that eventually destroyed it.

Today the Alexandrian Library stands as a symbol of the loss of invaluable public knowledge. We can only imagine how different the world could have been, had all that knowledge survived.

Temujin’s father, the chief of a Mongolian clan, died in battle with his rivals, the Tatars. Temujin, who had been delivered to his wife’s family, came back to claim chiefdom. Instead, he and his family were abandoned and left to die. For the next several years, they almost did. Temujin came especially close to death at the hands of his elder half-brother Begter. A turning point came when Temujin decided to hunt instead of being hunted, killing Begter with his other brother, Khasar. A scrawny young boy, without the protection of allies or clans, surviving on roots and leaves in what had to be one of the world’s harshest time and place, somehow defied all rivals.

Marrying his betrothed  Borte gave him power, and this power continued to grow under Temujin’s military excellence, strategic alliances, and sheer daring. And before the Mongol world knew it, it had a new ruler- Genghis Khan.

Yes, the survival against all odds is not an uncommon story. But few have impacted history like Khan did. His empire is said to have been one of the world’s largest ever, his dynasty continued to rule countries even after this empire broke, and as much as 0.5% of the world’s population may be descended from him. The entire world’s history could have been radically different had Temujin died in those early days.

The Stone That Decoded A Civilization

In 1978, soldiers from Napoleon’s army were making repairs to Fort Julien in the port city of Rosetta, today is known as Rashid. They found a slab that was covered in inscriptions, and feeling that it was important, had it shipped off to Cairo for more studies. But these men had no idea how monumental (pun intended) their discovery was. The granodiorite stele (a fancy term for a stone monument) contained a decree of the Pharaoh Ptolemy V, but the text was repeated in three scripts- Hieroglyphic and Demotic Egyptian, and Ancient Greek. This meant that historians could compare the meanings and words of Ancient Greek (which was known and understood) to possibly decode and translate hieroglyphics. In 1822, Jean-François Champollion did exactly that, presenting to the world the decoded hieroglyphics of the Egyptian Civilization.

This does not mean that the entire Egyptian world was unlocked to be rediscovered instantly, but Rosetta Stone was most definitely an important key. It took much more time and effort before historians were confident enough to tackle the texts of this ancient civilization. Today, much of what we know about ancient Egypt stems from these translations. Had it not been for the Rosetta Stone, Ancient Egypt could have been as mysterious as the Indus Valley civilization, whose language isn’t understood even today.

One of the most popular legends associated with Constantine the Great, ruler of the Roman Empire from 306-337 AD, is how he converted to Christianity just before his death. During the time of his reign, many of his subjects were abandoning their polytheism of the Olympian Gods to shift in the favor of Jesus, even though many Christians were persecuted by the Romans, just like the son of God was they worshiped was. The Edict of Milan showed such a shift by Constantine himself. But it was Constantine’s legalization of Christianity in the Roman Empire in the 4th century that turned the tide, both for the religion and history.

Now the dominant religion of arguably the most powerful Empire of the world, the powers of Christianity continued to grow long after the Roman Empire itself collapsed. The church was secure in its political, moral and social position. One glance at history can tell you just how much Christianity has impacted the world. Even today, scholars continue to argue about why Constantine favored Christianity and what form of the religion he believed in. But one this is for certain- had Constantine not given legal protection and state patronage to Christianity, it would have never grown, and possibly even died off, and the history of the entire world could have been very different from what it is today.

Of course, there were a lot of factors apart from the ones described above that created particular moments in history. What this list is meant to show how small things can impact the entire world. Just one thing going a particular way today could mean an entirely different world tomorrow.

Mumbai, the city that never sleeps, the city which is home to people of all races and religions. People from all over India come...
Read more

“Sale!” Oh, what joy this word brings us! And not to forget the partial personality development associated with it. Focus, determination and speed are...
Read more

What is Codex Leicester?Codex Leicester is a small manuscript that was written and published in the latter half of the first decade of the...
Read more

The reason behind abusing drugs may vary for many people. For example, some teens start abusing drugs under peer pressure at a very young...
Read more
Previous articleHere’s The Truth About Curses And Boons
Next articleWhen In Doubt, Fart It Out! This Is How Farting Is Good For You