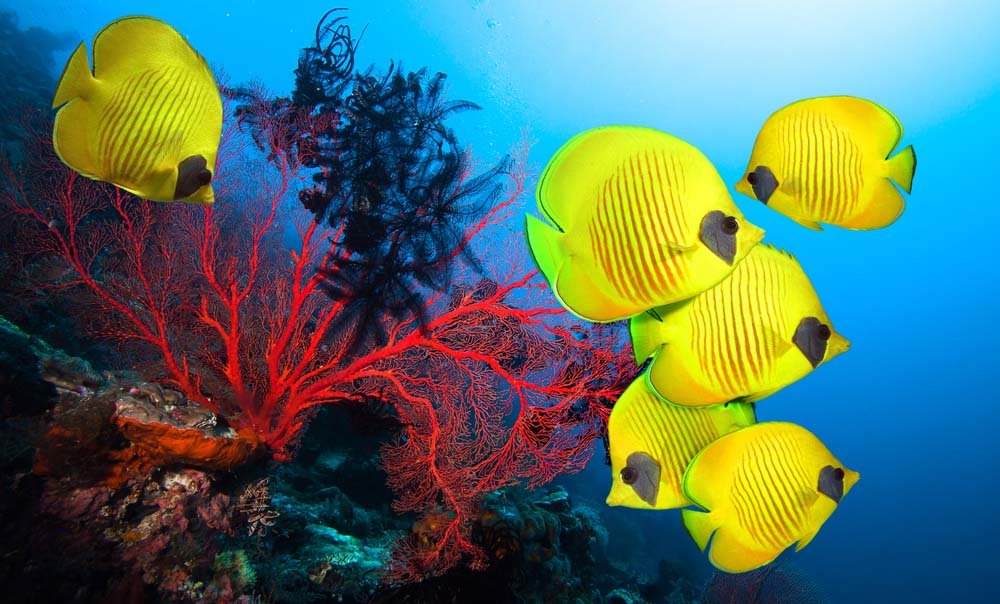 Via Source: divemagazina.co.uk
Table of Contents show
1 Introduction
2 Effects on Marine Life
3 The Agony of Coral Reefs
4 Reef Balls to the Rescue
5 Advantages of Artificial Reef Balls
6 Where to Grab the Opportunity of Reef Ball’s Burials?

We all are very familiar with the evolution of human beings. We were nothing like this before. We were closely related to Apes! Look at us now.

Ever wondered why such drastic changes took place in nature? Well! Scientists claim that some species on earth can find one way or the other to survive. So, we found our way to be Homo sapiens.

Much like our fortune, every natural breed on this soil strategizes for its perseverance. Little did they know, the earth is metamorphosing every single day. The planet is nothing like how it was 100 years ago. And it is nothing but our very own nature that is struggling to persist with time.

Planet earth doesn’t only belong to us, humans. It is an abode for 8.7 million species, 1 million of these live in the ocean.

Researchers say that about one-third of the marine animals are still unknown. Excess human activities have created several obstacles for all these marine creatures. The health of the ocean is degrading day by day.

Increasing coastal populations and overuse of marine resources are the main problems behind such deterioration. This results in the loss of habitat for the species living under water. Much like human beings, fishes also need shelters to abide. But unfortunately, environmental degradation is washing off several marine well-nesses.

The Agony of Coral Reefs

The coral reef is an underwater ecosystem. It is largely distinguished by reef-building corals and popularly called “Rainforest of the sea”. This reef occupies less than 0.1% of the world’s ocean area and provides a home for at least 25% of all the marine species.

One of the biggest contributions of coral reefs is its role in the marine food web. Even the human world depends on these reefs for food and income.

Regardless of their importance, Coral reefs are on the verge of extinction. Over-exploitation of the marine ecosystem by man has led to such depletion. According to UN, 19% of the world’s coral reefs are already dead. This major extinction will lead to an increase in sea-surface temperatures and expand seawater acidification. The Global Coral Reef Monitoring Network (GCRMN) reported that within the next 40 years, the remaining reefs may vanish entirely from earth.

Marine biologists claim that 45% of the world’s reefs are still healthy and these people are now attempting to find ways to restore what we’ve lost.

Reef Balls to the Rescue

In 1980, Todd Barber and his colleague, Don Brawley, were surfing through the sea to see the coral reefs of Florida Keys. They found out how the reefs were deteriorating.  Later, in the year 1992, they came up with the perfect idea to protect the reef’s family.

Initially, artificial reef balls were produced to save the coral reefs. But due to the wish of Brawley’s father-in-law to be buried in the sea when he dies, the duo came up with the project of formation of reef balls. These balls are made of cremated human remains mixed with concrete. It is placed in water and prospers as real reefs to the fishes.

Reef balls protect the remaining natural coral reefs. These balls form new reef areas and a place for coral reefs, sponges, and seaweed to grasp on to. It protects existing coral reef sites and provides habitat for many marine species to thrive upon.

Mixing artificial reef balls with human burials give the entire innovation a positive inspiration. Family members can take part in the making process and leave hand-prints on the reef balls. Individuals can visit their beloved’s burial site by boat and scuba dive to the reef balls. They can have a GPS survey with the longitude and latitude of the reef’s location.

Where to Grab the Opportunity of Reef Ball’s Burials?

Everyone can connect to the Reef Balls Foundation (Non-profit organization) located in Athens, Georgia, the USA through email.

Their famous website Eternalreefs is also always open for your contribution to saving the serene marine ecosystem.

Read Also: Deep Sea Mysteries And Oddities That Might Surprise You

A girl who enjoys moonlight stroll on the beach.. Books in the arms and wandering like a no-mad.. Currently! learning how to play with words.