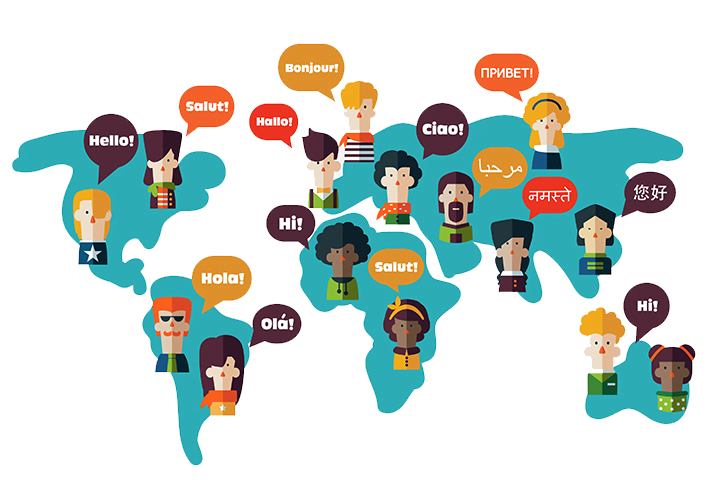 Learning a second language, more often than not, seems easier than it is. One has to swim through a swamp full of complicated grammar, get stranded on a desert island with conjugations, keep up with Duolingo instead of the Kardashians, embarrass oneself in front of a native speaker and much more.

Learning a foreign language helps in polishing your vocabulary, boosts your memory, connects you with people from all around the world and lets you discover new horizons of food, lifestyle, and culture of that country.

So without any further ado, let’s see the 10 facts which you can relate to if you’re learning a foreign language.

Table of Contents show
10 Things You Can Relate To If You Are Learning A Foreign Language
1. People will always ask you to translate something in your target language
2. You are Shazam when it comes to identifying foreign music
3. Swearing is the ladder to language fluency
4. When bored you can always cheer up yourself by looking at memes and having a laugh in your target language
5. You are the restaurant regular in your vicinity
6. You always introduce foreign words in normal conversations
7. Switching languages in mid-sentences is your forte
8. You are a different person when you communicate in your target language
9. Monolingual jerks will always find a way to irritate you
10. People will always tell you how good you are at learning languages

1. People will always ask you to translate something in your target language

When people come to know that you are learning a second language, they will always walk up to you and ask you to translate something or the other in your target language. Well, I know that it is frustrating sometimes, but it not only helps you to practice the language but also helps in improving your vocabulary. And let’s be real, who needs Google translator when they have you, right?

2. You are Shazam when it comes to identifying foreign music

Apart from Des-pa-cito and Gasolina; cumbia, huapango, mariachi, reggaeton, salsa, and samba music are catchy, leading people to the dancefloor. So people will always hit you up with questions like, “Which Spanish song is this?” or “Which Brazilian beat is this?” because they claim of hearing that song at a party but tend to forget the lyrics upon reaching home, lol.

3. Swearing is the ladder to language fluency

No kidding, but it is often said that swear words, rude phrases and expressions are the first things that interest someone learning a language. It gives people an immense joy to swear or talk sh*t, as it is easier to pick-up and stays right at the tip of the tongue. Narcos and other foreign language movies or series can often teach swear words, but to make it obvious people will always ask you to teach them a few more words apart from the regular.

4. When bored you can always cheer up yourself by looking at memes and having a laugh in your target language

There are certain perks of being a bilingual, multilingual or a polyglot; because you can simply hahaha, jajaja, kkkkk, huehuehue or 55555 at the same time.

5. You are the restaurant regular in your vicinity

Even if you are not able to visit the country of your dreams, you will always be a restaurant regular to try the authentic food belonging to that country like Korean BBQ, sashimi, sushi, paella, bao and much more.

If there is anything that pisses off your family and friends, then it has to be you using out of the context words in your day-to-day conversations. I mean you are guilty as charged with no one to put the blame on, and on second thought, it is okay to flex on people who only tend to speak one language.

7. Switching languages in mid-sentences is your forte

Again guilty as charged and having a flow of speaking multiple languages, you sometimes mezcla deux or drei língua at the same tempo.

8. You are a different person when you communicate in your target language

People usually think that you show off and fake your voice while communicating in your target language but they don’t know that you’d be rich by now if you had a dollar every time for having an accent.

9. Monolingual jerks will always find a way to irritate you

If you are a bilingual, multilingual or a polyglot, it is true that people will either imitate you or make fun of you and your accent or randomly call out words like “des-pa-cito”, “oui oui baguette”, “kimchi fried rice” “tequila” or do weird Italian hand gestures to annoy the f*ck out of you.

10. People will always tell you how good you are at learning languages

In the end, people will always appreciate the amount of effort you have put in learning a language or two, thereby being mesmerized by your amazing linguistic skills.

Selena Gomez is, no doubt, one of the biggest names in pop culture today. But do you know that she was named after another...
Read more

Caring for your loved one or a patient who has dementia is challenging. The physical, cognitive, and functional abilities of an individual with dementia...
Read more

Ghee is known to be one of the purest forms of food used since ancient times. It originated in India and travelled to various...
Read more

Mukbang and ASMR eating has been the ongoing trend of this "new generation," which is usually on the phone screen, scrolling through social media...
Read more
Previous article
Serving You Some Extra Spicy Creepypasta
Next article
Lesser-Known Cheese From Around the World

Cherophobia- The Fear of Happiness