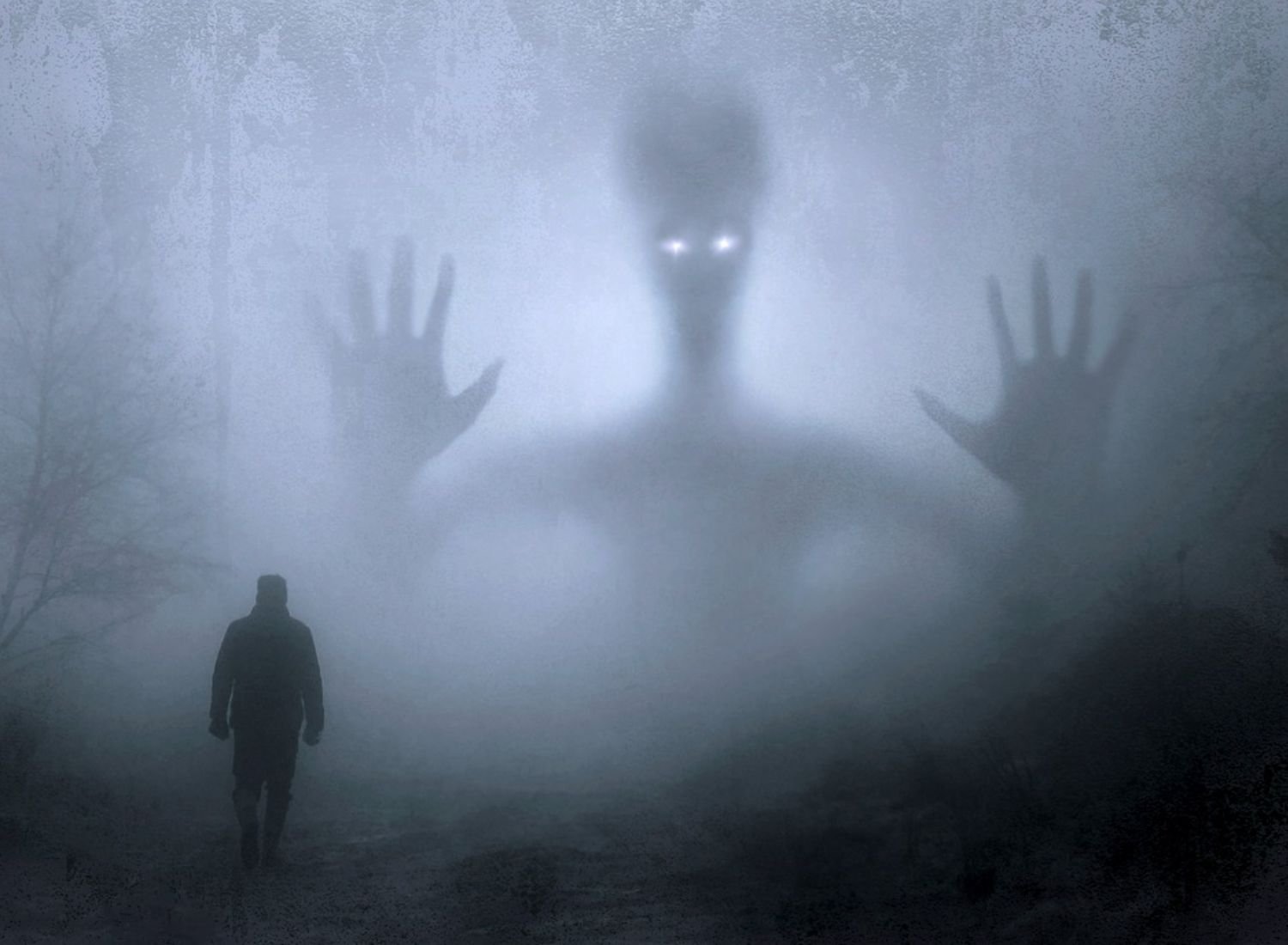 Most of us like to hear, read, or watch about paranormal stories, even though they may scare us at times making us lose our night’s sleep. 9 out of 10 people you meet daily believe in ghosts and spirits and the remaining 1 do believe but want proof while some of them don’t believe in both Ghosts and God too. Many paranormal investigators claim to have encountered ghosts and spirits, one of these famous experts are Warrens. The real life cases of Warren portrays actual ghosts and paranormal activities.

Let us first clear the difference between ghosts and demons before moving any further. We hear many people say that they saw ghosts at night or at least get them, just let me make it clear to you ghosts can’t be seen with open eyes, yes you heard right, ghosts can’t be seen when we are awake.

We have many great parapsychologists like Guy Lyon Playfair, J. B. Rhine, Yvette Fielding, Zak Bagans, Ed & Lorraine Warren, Gaurav Tiwari and many more, who help people who have come in contact with demons or who are being haunted by them. Today here we are going to take a small tour through the top 10 real life cases of Warren, where he along with his wife Lorraine encountered and felt evil presences.

Edward Warren Miney was born on September 7, 1926, in Bridgeport, Connecticut, and married to Lorraine Rita Warren who was born on January 31, 1927, in the same city as Ed. They have a daughter named Judy Warren. They both were American Paranormal Investigators and authors.

While Ed was a self-taught demonologist (the one who studies demons), author as well as a lecturer. Lorraine Warren was a clairvoyant and also a light trance medium (Mediums are those people who can communicate with the spirits of the dead and living human beings). She worked along with her husband in his cases and researches.

New England Society For Psychic Research was founded by Ed and Lorraine in 1952 and was also called as the oldest ghost hunting group of New England. They have investigated more than 10,000 cases during their career and also many of them are written in their numerous books of paranormal and private investigation.

The Amityville Haunting was investigated first by the Warren’s. The research or investigations of the Warren’s have been used as inspiration or directly adapted in dozens of films (almost 17 films of Amityville Horror series and seven films of The Conjuring Universe), television series, and documentaries. Ed had also trained several demonologists including Dave Considine and his nephew John Zaffis.

The Union Cemetery of Easton, Connecticut is the “most haunted” cemeteries in the U.S. It is said that the “White Lady” ghost haunts the cemetery. Ed and Lorraine wrote about this cemetery in their book, Graveyard: True Hauntings from an Old New England Cemetery. In it, they say that they posted an ad to find people who might have encountered the ghost or at least seen it.

They received many responses, one of which was Tony Vosper, a retired firefighter’s. He responded that he had seen her very closely almost with 200 yards, floating through the cemetery with some dark forms around her which seemed to be arguing with her. Moreover, he said that she has dressed in a wedding gown and an old fashioned gown.

The Demonic Werewolf In London

Bill Ramsey is said to have turned into a wolf at the age of 9, where he started to feel mental instability and sudden drops in temperature. He was soon over the media for his violent acts of attacking officers and a nurse. This grabbed Warren’s attention and they visited Ramsey and declared that he was possessed by a “werewolf demon”. They flew back to Connecticut with Ramsey and performed an exorcism on him after which Ramsey returned back to England with no further violent episodes.

The Enfield Poltergeist (The Conjuring 2)

A family in the North London suburb of Enfield reported experiencing some poltergeist activity in their house in 1977 while the neighbors thought it was just some hoax caused by the children to grab attention. However, when Warren’s visited them they confirmed that it was demonic possession. This event was used to make the famous movie Conjuring 2, though Warren’s were less involved than shown in the movie.

The Perron Family Haunting (The Conjuring)

The Perron family moved in with their children to Harrisville Rhode Island where they began to experience some spirits in their house. In the beginning, it was all friendly and good, but later on, it turned worse as the spirits started to assault the family members.

The Warren’s investigated and found a witch and satanist named Bathsheba Sherman. According to the movie “The Conjuring”, Warren’s performed an exorcism because exorcism is only performed by an approved member from the catholic church. Hence, it wasn’t performed. Instead, the Perrons were forced to leave the house but just to add entertainment to the movie, this has been added.

Trial of Arne Johnson (Devil Made Me Do it)

Alan Bono was killed by Arne Cheyenne Johnson in 1981. At that time, Ed and Lorraine were already present to deal with the demonic possession of the younger brother of Jonhson’s fiancee. The Warren’s soon found out that Johnson was possessed by a demon. This incident inspired the Conjuring: The Devil Made Me Do It, released in 2020. This case is also known as the Devil in Connecticut described by Gerald Brittle in 1983.

In the early 1970s, the Donovan family started experiencing some weird incidents in their house like loud pounding from inside the walls, bloody running water, and beast-like noises throughout their house.

Soon the Warren’s were called in and questioned the Donnovon family if any family member had recently passed or they bought any secondhand weird items to which the Donnovon family responded negatively until their youngest daughter confessed about using an Ouija board 10 years ago to communicate with a “teenage boy” who had died in their neighborhood. She confirmed that the spirit never revealed its name to her. This confirmed that some sort of demonic possession was present and Warren’s called a priest to perform an exorcism after which everything turned back to normal.

In 1974, Jack and Janet Smurl, who had moved to Pennsylvania along with their two younger daughters and Jack’s parents, experienced hell as they started to hear sounds, smell odors, heart disturbing voices, and experience various supernatural phenomena. The Warren investigated and came to the conclusion that there were four spirits and a demon who had haunted their house and also sexually abused Jack and Jake. In 1987, the Smurls left the house, and later on, an exorcism took place. In the end, the place was cleared of any hauntings. There was also a book published inspired by this incident named “The Haunting” and also a movie with the same title.

In 1970, A Raggedy Ann Doll was given as a present to Donna, a 28 years old girl by her mom. Soon Donna and her roommate found out that the doll was possessed by a spirit named Annabelle Higgins who had died at the age of 7, and hence a ‘medium’ Lorraine Warren was called in. The Warren took the doll with them and said the doll was being manipulated by an inhuman presence which was trying to find a human host. The doll is now placed in the family’s Occult Museum, in a glass case with a warning. Based on this incident there has been a movie released named ‘Annabelle’ with its other sequels.

The movie The Haunting in Connecticut, as well as a 1992 book titled, ‘In A Dark Place: The Story of a True Haunting, was completely based on the real-life story of Snedeker’s house. The Snedeker family had moved to Connecticut close to their eldest son’s hospital for his cancer treatment. It was later discovered that the house they purchased was a former funeral home. The family found many types of equipment and also the body tags of the deceased. It was soon discovered that the house was infested by demons when strange incidents started to take place. Soon Warren’s performed an exorcism with the help of a priest and future that there were no more paranormal activities.

Ronald “Butch” DeFeo Jr. killed his parents and siblings in their sleep with a rifle gun on November 13, 1974. The police reported that Butch said once he couldn’t control himself. After a year, the Lutz family moved into the house and started to experience foul smells and furniture levitation.

Moreover, they discovered that their younger daughter talked to an imaginary friend of hers who was a red-eyed pig. They soon fled from the house. Warren’s investigated the house and found out that there was a magician who was buried in the ground who previously practiced black magic over there. There was a book published on the basis of this haunting named, ‘The Amityville Horror’ in 1977, which was later used as a reference for the films released in 1979 and 2005 with the same title.

Here were the top 10 real life cases of Warren’s life. Many believe them but some feel that they are just invented to scare people, but who knows the truth. Some of these incidents which were inspired to write books and produce movies have proved a real good source of entertainment for the people. Even if there are ghosts or not there stories like this will always keep on going on and interest people for their lives.

When applied to the skin, salicylic acid is effective in curing pimples. It also helps exfoliate dead skin cells. It can get rid of...
Read more

Trouble In Getting A Visa? Visit A Visa Temple

India is an extraordinary country. You never know what might be waiting for you as a take a turn in the snaking lanes and...
Read more

The way you shape letters and words can signify more than 5,000 different personality traits, by the rules of the science of graphology, which...
Read more

Mukbang and ASMR eating has been the ongoing trend of this "new generation," which is usually on the phone screen, scrolling through social media...
Read more
Previous article
Banaras: An Intriguing Cycle Of Life And Death
Next article
15 Benefits Of Cucumber For Healthy Skin And Hair