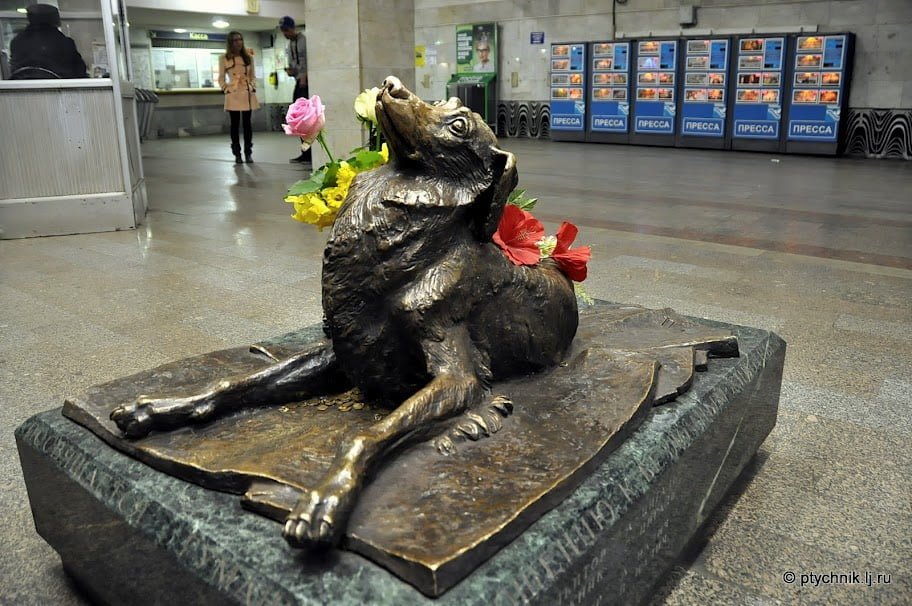 If you ever ride to Moscow’s Complex Subway System, just roll your eyes around.  You will notice some commuters include dogs. Don’t get surprised! They are just clever canines who use the metro to go for scrounging their food.

Yes!  About 2 dozens out of 35000 Moscow’s street dogs have developed the unique talent of using the maze-like subway system. They beat the traffic themselves and get from station A to B. Even the people around them are so accustomed to it that they rarely notice them.

Table of Contents show
THE ULTIMATE DESTINATION!
MAN’S BEST FRIEND!
THE POWER OF COPING UP
EVOLUTION IS GOING ON!

Right! The crafty canines know their destination. They have evolved enough to grow a keen sense of calculating the time of arrival of the train. They know quite well which train to board on and where to alight. These street dogs do so by recognizing the smell of stops, landmarks and even the voice of announcers. Quite intelligent, no?

The crafty animals are good at identifying the people who travel with them. They reach out only to those people who treat them affectionately and give something to eat. Some of them are bold enough to find out an empty seat among the human commuters and curl up there.

THE POWER OF COPING UP

Unlike pet dogs, these stray dogs are good at coping up with the hustle and bustle of the underground railway system. They beat the traffic themselves and obey the traffic lights, too. Since they have dichromatic vision, they find out other cues like shape and position of signals. More surprisingly, they know using the escalators also.

EVOLUTION IS GOING ON!

At the end of the day, the polite and clever canine commuters head home. How do these dogs have learned this behavior? Well! As the researchers theorize, the dogs are also undergoing the process of evolution along with man. In a due course of time, they have developed their sensory organs a lot. They have developed habits similar to those of their fellow human commuters and get the physical and emotional signals well.

It’s not bad to see our animal friends growing up, is it?

Read also- Did You Know About Kelly- The Smart Dolphin?

The Challenges of Military Families

Having a family member in the military means that the whole family is in the military. With this responsibility come many challenges. While some...
Read more

Did You Know That Air India Was Once Tata Airlines? Read On To Know The History Of Air India

Sex chat with strangers can be an exciting and interesting experience. It's a great way to explore your fantasies, broaden your knowledge, and learn...
Read more
Previous article
Mermaids and Mermen: A myth or do they really exist?
Next article
5 Things Every Traveler Must Do at Least Once