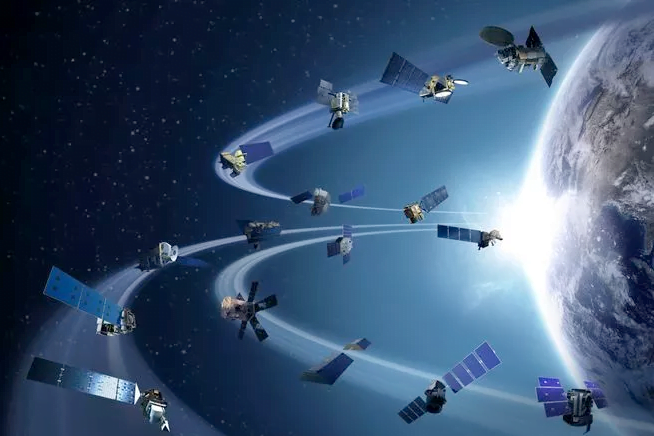 Ever after 4 October 1957, 7:28 PM, when the first Satellite Sputnik1, was sent into space by the Soviet Union. Many Countries from all around the world are launching many satellites every year. Now, when any of these satellites stop to function properly, the spacecraft agencies have to bring that satellite back to Earth. Besides, They have to ensure that this satellite falls onto a remote place on Earth, in order to avoid destruction to the mankind. Now, one such remote point where agencies around the Globe and even NASA keep their eye on is Nemo Point.

Table of Contents show
1 What is Nemo Point?
2 Who figured it out?
3 Nemo Point-The Space Cemetery

What is Nemo Point?

Who figured it out?

Until 1992, Nobody knew about Nemo Point.  A Croatian-Canadian survey engineer Hrvoje Lukatela used a geospatial computer program to figure it out. He considered the fact that as the Earth is three dimensional, the furthest ocean point must be equidistant from the three coastlines.

Now, the Name Nemo Point is very suitable for this lonely location. As the Latin meaning for Nemo is ‘No Man’. It took around 15 days, 10 hours and 37 minutes for the fastest boat in the world to reach there. When the boat was at Nemo Point, People inside it were closer to astronauts on the space station than to other humans on the Earth. Astronauts living abroad the ISS(International Space Station) actually live closer to the Nemo Point than anyone else. This is because It orbits at about 250 miles above Earth and Nemo Point.

Nemo Point is about 1,450 nautical miles farthest from any spot of land. If taken precisely, the coordinates for this oceanic point are 48°52.6′S 123°23.6′W. This much distance from the living land makes it the furthest and thus the most suitable place for the dumping of dead and dying Spacecrapfts. NASA calls Nemo Point as its Spacecraft Cemetery for the same reason.

It’s in the Pacific Ocean and is pretty much the farthest place from any human civilization you can find.

When some space agency has to make their satellite fall on Earth, they need to first set a time for the crash over the spot. The Smaller Satellites which are to fall at Nemo Point don’t actually reach here. These get burnt out due to the friction of air around the earth before reaching here. As they fall down towards earth at thousands of miles per hour. So, Space Agencies need to take care of large objects only.

Recently China lost control of the 34-foot long orbital laboratory in March 2016. This was predicted by the Chinese Spacecraft agency that it will crash by early 2018. But where it would crash, nobody actually knew about it. When the spacecraft Tiangong-1 fallen down on earth, it narrowly missed the Nemo Point. But hopefully, it hadn’t provided any harm to the mankind. Space agencies all around the globe have dumped around 260 spacecraft between the year 1971 and mid-2016.

The dead spacecraft which are orbiting all the earth is a big threat to everyone. Around 4,000 satellites are here which are currently orbiting around Earth at various altitudes. Elon Musk and SpaceX wish to launch around 4,425 new internet providing satellites in the near future. Besides, thousands of uncontrolled rocket bodies are also orbiting the earth, along with 12,000 artificial objects. So, Getting old spacecraft out of the space is the only way to check the space junk. In order to achieve this, the space agencies are building spacecraft with systems to de-orbit them. Ailor and others are also developing new technologies which will remove the uncontrolled stuff that’s already up there.

Read Also: Do You Know About The Man From The Parallel Universe?