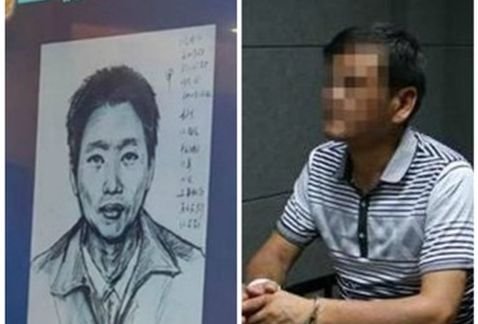 Crime novels, suspense, and thrillers have always been my personal favorites. Be it the Queen of Crime, Agatha Christie, or the likes of David Baldacci and Gillian Flynn, and I love gorging on every novel of theirs. It is needless to say that a lot of research, thought and endless amount of hard work goes into every thriller. But one crime novelist had the task easily cut out for him. He could just base his novels on real-life murders – murders that he committed!

Table of Contents show
The Murderer Turned Crime Novelist
The Place Of The Crime And Evidence
The Brutal Murders
Read also – Grady Stiles: The Circus Freak Lobster Boy Who Got Away With Murder
Image source

Liu Yongbiao is a 53-year-old Chinese crime novelist. In fact, he is a murderer turned crime novelist. His novel, ‘The Guilty Secret,’ published in 2010, was a bestseller and he was working on his next novel, ‘The Beautiful Writer Who Killed.’ Yongbiao’s collection of stories, ‘A Film,’ earned him the Anhui Literature Prize. He was also a member of the China Writers’ Association. One of his romantic novels was also adapted into a TV series.

In the preface to ‘The Guilty Secret,’ Liu wrote that he would write a novel in which the murderer gets away with murder. His alleged sources of inspiration were “some crime novels” and “crime shows and movies.”

The Place Of The Crime And Evidence

On 29th November 1995, Liu Yongbiao was directly involved in the heinous murder of four people, including a 13-year-old! The killings took place in a guesthouse in the Zhejiang city of Huzhou. The hotel staff discovered the massacre early in the morning of that cold November day. The victims were identified as the couple who owned the hotel, their 13-year-old grandson and a guest from Shandong, Mr. Yu. Two Anhui locals became instant suspects, who had boarded the inn the night before.

The police collected several pieces of evidence from the crime scene, namely, some used towels, shoe prints, fingerprints and a cigarette butt of an Anhui-based brand. After 22 years of intense detective work in 15 cities and thanks to improved DNA technology, the crime department was able to zero in on this crime novelist and his partner in crime, Wang Ming. This is the police’s version of what occurred on that gruesome night:

Liu and Wang had planned to rob the guests in the guesthouse. But the robbery went wrong, and they ended up murdering another guest. The owners of the inn and their grandson had witnessed the crime. So, the criminals murdered them with heavy blows from a blunt object.

It is believed that when the police arrived on Liu’s doorstep to arrest him, he said, “I have been waiting for you here this entire time.” Liu has confessed his crime in a letter to his wife. He wrote, “Now I can finally be free from the mental torment I have endured for so long.”

I always thought some writers write to live and some who live to write. Now, I suppose there is a third kind, those who kill to write!

P.S. If you are a wannabe crime novelist, DO NOT commit misdeed to gain inspiration for your novel!

Know About The Strange Concepts Behind The Heart Symbol

The heart symbol is recognised in the world as a sign of love and affection, and its historical origin is difficult to pin down....
Read more

Those days are gone when wearing specs was a synonym for being a nerd or a boring person. We are in a century where...
Read more

We often hear people saying: "My day doesn’t starts without a ‘Cup of Joe’ or my 'Cup of Java'". That is how many refer...
Read more

One of the most significant factors that can be an indicator of overall health is your diet. What foods do you consume regularly and...
Read more
Previous article
All That You Would Want To Know About The Mysteries Of Nidhivan
Next article
Piplantri Village: Where 111 Trees Are Planted For Every Girl Child Born

How To Look Best In A Suit.